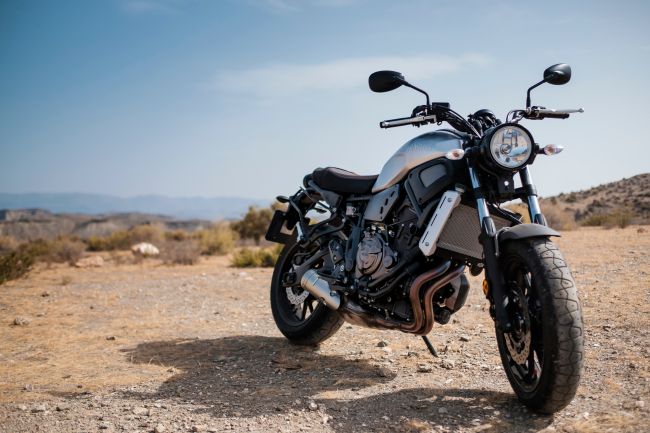 “Ben (the son of) Zoma said: Who is wise? He who learns from all people, as it is said: ‘From all those who taught me I gained understanding’ (Psalms 119:99). Who is strong? He who conquers his evil inclination, as it is said: ‘Better is one slow to anger than a strong man, and one who rules over his spirit than a conqueror of a city’ (Proverbs 16:32). Who is rich? He who is satisfied with his lot, as it is said: ‘When you eat the toil of your hands you are fortunate and it is good for you’ (Psalms 128:2). ‘You are fortunate’ — in this world; ‘and it is good for you’ — in the World to Come. Who is honored? He who honors others, as it is said: ‘For those who honor Me will I honor, and those who scorn Me will be degraded’ (I Samuel 2:30).”

This week’s mishna contains such sound words of wisdom, profound in their simplicity, that it hardly needs Dovid Rosenfeld’s embellishments. But I have to earn my weekly paycheck, so here goes… (Actually, I do this for free. 🙂 (But I try to be rich according to our Mishna’s definition (sigh).)

The author of our mishna is Shimon ben Zoma. He is referred to by his father’s name alone because he died at an early age or without having received rabbinical ordination (Rashi, see also Talmud Hagigah 14b).

“Who is wise? He who learns from all people:” At its simplest level, the message is that one who seeks wisdom wherever it may be found is the one most likely to acquire it. He or she is willing to ask anyone and everyone. He is not so conscious of his own reputation as to refuse to “lower” himself to seek knowledge from someone not as important or credentialed as he. The Talmud writes that the Torah student who humiliates himself before others in order to understand the Torah (by asking his rabbi “stupid” questions and the like) will eventually be elevated on account of his Torah knowledge (Brachos 63b).

(As an Internet teacher and Ask the Rabbi responder, I know how many people begin their e-mails with: “I’m sure this is a stupid question, but…” or “I really should know this already, but…” Those are the ones who will not so long be “stupid”. It’s the ones too ashamed to admit their ignorance who will be forced to wallow in it.)

The commentator Rabbeinu Yonah writes further that when a person inquires wisdom of everyone, it indicates that he or she has a love of knowledge. His thirst will take him to every person and every place; it will not be quenched until he has drunk his fill. Such a person may be considered wise even before he has studied, since his desire will soon lead him on the straight path to greatness.

There is a deeper insight into ben Zoma’s words. Why is learning from *everyone* so crucial for accomplishment in Torah? Isn’t it true that some people just don’t know as much as others? Should we really be spending time trying to glean bits of information from the unlearned when we would make much better use of our time studying ourselves or from our teachers?

The answer lies in the true understanding of the Torah’s definition of wisdom. When G-d commanded us to study His Torah, it was not just a matter of memorizing dry facts and information. That could be gained from texts and book knowledge alone. We would never need to bother interacting with anyone else (thereby interrupting our own study time).

Rather, Torah study is the understanding of the application of the Torah’s principles to real people and real life situations — how do the Torah’s eternal truths apply to the human condition. G-d’s wisdom is eternal, yet no two people are precisely alike and relate to the Torah in precisely the same manner. Every one of us has his own perspective, his own life story, and his own unique personality. Each of us will see a slightly different message in the Torah, and will have his or her own fresh insights into its beauty and relevance.

Therefore, the Torah scholar cannot really understand the Torah if he does not comprehend what it means to other human beings. By my very nature, I cannot understand the Torah in every sense it has to convey. I am bound by my own perspective, my own background, my own intellectual capacities, and my own way of thinking. And the Torah is far too profound and all-encompassing to be fully fathomed by any single individual, no matter how wise. I must therefore branch out, attempting to understand what the Torah means to my fellow — what are the other equally-valid methods of relating to truth. I must grow out of my own shell. When I realize that truth is far more composite and multifaceted than it appears to me — that black-and-white to me may be shades-of-gray to my fellow — I am ready to truly become wise.

There is a Midrash which states that there is one letter in the Torah for every single Jew. Every one of us has his own unique understanding of the Torah and his own angle on truth. No one has the monopoly on the word of G-d. And only when the student of the Talmud is prepared to grow out of his own limited perspective and view the Big Picture has he truly embarked on the path to Wisdom.

“Who is strong? He who conquers his evil inclination:” Our mishna teaches us that strength should not be measured in physical might and fighting ability, but in restraint and the controlling of one’s passions. Rabbeinu Yonah observes that ben Zoma — as seen from the verse he quotes — does not even entertain that physical strength might be the determinant of a man’s might. Human beings rate pretty low as far as that is concerned. Being one of the weakest, slowest (relative to our size), most delicate (in terms of what our stomachs can take, extreme temperature endurance, etc.), longest to mature of the animal kingdom, we have very little to brag about. G-d did not seem to invent us as His wondrous masterpieces of grace, strength or endurance. If we see ourselves as nothing more than physical specimens — if our self-image is based on our macho — we are trading in the far higher goals G-d has in mind for us for something which just does not fit the spec’s.

The quoted verse does, however, contrast one who is slow to anger to a warrior. (R. Yonah understands the “strong man” of the quoted verse to mean a soldier.) Warriors at least exhibit some level of bravery and self-discipline. A soldier who can survive basic training and endure harsh battle conditions or a commander who can orchestrate a military campaign demonstrate true valor — of character as well as of body.

(One cannot help but notice the high proportion of presidents and national leaders who preceded their political careers with successful military careers. My sense is that this is only in part due to the heroics associated with military distinction. The voting public may also have a sense that someone who has the necessary self-discipline and strength of character to run a battalion may just have the super-discipline required to run a country.)

To this ben Zoma states that nothing matches willpower. True strength is that of the spirit; that of the body is different in kind. “Passive” behavior — not losing one’s cool when the kids are infuriating, holding oneself back when insulted, resisting temptation — may appear more as doing “nothing” than acting with strength. (What could be more “manly” than banging on the table, slamming the door, and yelling at the top of your lungs?) But as our Sages correctly observe, it often takes far greater strength to do nothing than to react and to overreact. Strength is controlling the animal that lurks within. Rashness, violence, thinking with one’s muscles — all of these are forms of losing one’s control and one’s humanity, and in the final analysis, are signs of weakness.

One final interesting observation is the universality of this law. As we know, there are Seven Noahide Laws — seven fundamental laws which G-d commanded upon all mankind (see http://www.aish.com/atr/Seven_Laws_of_Noah.html). Possibly, six of them are ones we’d “expect” to see — do not kill, steal, commit adultery, etc. One, however, is a little off the beaten track — not to eat a limb severed from a living animal. Somehow, that does not strike us as one of the fundamental tenets of human morality. What is so crucial about it? Why did G-d deem it so far-reaching as to command its observance on the entire world?

I once heard R. Noach Orlowek of Jerusalem explain as follows. What is the theme of this commandment? In a word, self-restraint. Don’t just take whatever you want whenever you want it. You want to eat meat? Raw meat? Immediately?! At least wait until the animal is dead. This is not a matter of religious ritual or living ascetically. That was not commanded on all mankind. But one thing was: Don’t be an animal. This is universal; it is a simple matter of and fact of our humanity. A person cannot live, nor can society function, if people do nothing more than satisfy their desires — whenever they want, wherever they want. The Seven Laws do not tell us we must be Jews, but they do tell us we must be humans. Really not so much to ask of us, but above all else this is what distinguishes us — what crowns us — as G-d’s masterful creations.