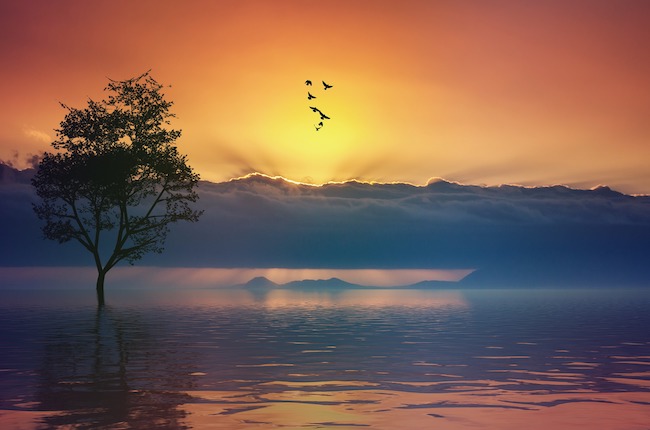 In Israel, the custom of Ashkenazim is to start the final blessing of Shemoneh Esrei with the words “Sim Shalom” rather than “Shalom Rav” on Shabbos afternoon. The reason for this is that we read from the Torah, which is hinted to by the words “or panecha” (“the light of Your face”) in this blessing (Rema 127,2). This halacha implies a connection between peace and Torah.

“Hashem gave His strength [i.e. the Torah] to Israel, Hashem will bless His people with peace” (Tehillim 29,11). Similarly, the medrash says that when the Jewish people said, “Na’aseh V’Nishma,” (“We will do and then we will hear”) at the time of the giving of the Torah, Hashem blessed them with peace. What is the connection between peace and Torah?

“Torah scholars increase peace in the world …” (Brachos 64a). Talmidei chachamim are so engrossed in understanding Hashem’s will that they forget about their own desires. Such a person acquires the habit of putting the will of another before his own, a trait which fosters peace in every relationship.

When the great Torah scholar Rav Shlomo Zalman Auerbach’s wife passed away, he forewent the general custom to ask forgiveness from the deceased. He explained: “We lived our lives according to the Torah. During the course of fifty years of marriage, we never once had an argument.”

Most of us will not reach the exalted level of Rav and Rebbetzin Auerbach. However, if we remember that the goal of both prayer and Torah study is to learn to align our own will with that of our Creator’s, we are already on the way to achieving true and everlasting peace.

As we prepare to leave Hashem’s Presence, we try to offer the ultimate sacrifice to Hashem – ourselves.

« The Nineteenth Blessing: Prayers of Peace
Leaving the King »