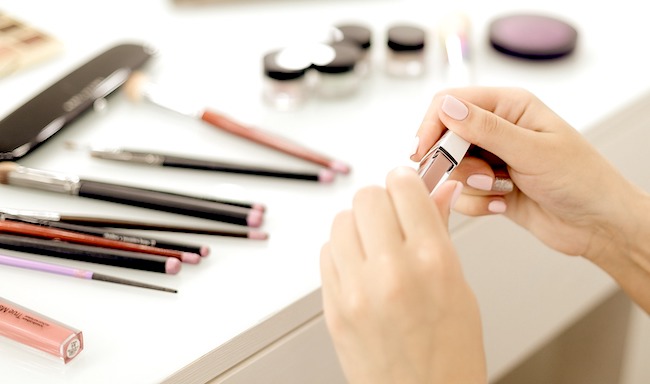 As the final installment in our three part series on the relationship between inner and outer beauty, we explore the concept of feminine modesty and why its practices make sense for the contemporary Jewish woman. Rebbetzin Heller, whose book we quote, is a world-renowned educator and lecturer. Her concise, entertaining writing style makes the difficult topic of Jewish modesty easy to process and appreciate:

WHAT YOU SEE IS WHAT YOU GET: THE LAWS OF MODESTY
Adapted from, Our Bodies, Our Souls, A Jewish Perspective on Feminine Spirituality by Tsiporah Heller

“Beauty is not only viewed as desirable, but it is central to many a woman’s self-image. The amount of words and paper spent on topics such as weight loss, exercise, diet, makeup and hair in publications aimed at female readers makes a thundering statement about the centrality of appearance in the lives of Western women.

Clearly, for many women self-worth and appearance have become synonymous; “beauty equals worth” is a message women have absorbed from their earliest conditioning. It is not coincidental that Cinderella was pretty while her stepsisters and stepmother were ugly; it is typical of the vision of a society that equates a woman’s qualities with her appearance. “Beauty equals success” is a similar message that billboards and ads repeat over and over until the equation is unquestioned. What are the effects?

One pathetic result is that women, far more than men, seek to freeze themselves at twenty-five to thirty years of age. Grey hair, wrinkles, even smile lines, are viewed not only as unattractive but as reflections of the woman’s diminishing value as a person. Thus many women experience a dramatic decline in self-esteem as they age….

TSNIUT: THE PRINCIPLE OF INTERNALITY

The Judaic response to human nature’s tendency toward superficiality is a set of laws that are categorized under the heading of “tzniut.” The actual definition of tzniut is the practical commitment not to allow oneself to be moved into superficial or external definitions of self or others. The result of tzniut is to make room for an inner, and therefore more total, vision to emerge. (Since the closest, though inaccurate, English definition of tzniut is “modesty,” a word with negative vibes in much of today’s society, we will continue to use the Hebrew term with its positive connotations.)

Tzniut is a consciousness that the Torah demands both men and women to develop, because it is a prerequisite to possessing a spiritual worldview. Men in Jewish religious society have generally taken it upon themselves to uphold a standard of dress that rivals and sometimes even surpasses that of traditional women. Many men avoid wearing short sleeves and wear shorts, if they do at all, only for sports…

So why is tzniut emphasized more for women than for men? The answer is twofold. Primarily, women are acknowledged to be more inherently gifted in tzniut and are therefore more strongly encouraged to achieve in this area of spiritual endeavor. There is also the recognition that men’s greater propensity to objectify the opposite sex tends to lead to women’s suffering from self-definition based on externalities. For both of these reasons, Judaism directs more specific tzniut legislation at women.

Knowing that what we wear says something about who we are, we usually choose to project ourselves by wearing clothes and makeup that make a statement we want others to hear. When you walk down the street, you see people wearing all sorts of statements…

Women generally seek to dress and behave in ways that they know men will appreciate, which all too often means focusing on externality. When a woman then incorporates this view into her own self image, completing the vicious circle, the results can be pathetic. At the least, she may not be able to envision herself wearing shoes whose heels are low enough that she can actually walk comfortably. At the extreme, this exaggerated emphasis on appearance can translate itself into the eating disorders that have become so prevalent in this “thin is everything” society.

We often fail to realize that how we dress influences not only how others view us, but how we view ourselves. People project back to us the image we intentionally or even unintentionally give forth, and we further internalize it. Even without social feedback, our mere consciousness of the uniform we are wearing impacts directly on our self-image.

The uniform that the Torah requires of women is dignity. That is nonnegotiable. While all other aspects of self-statement can be determined by individual taste, human dignity remains the focus of the dress code in Judaism.

By observing the laws of modesty, a woman is making the most important statement an individual can make: that she is a total person, not just a body. Secular society too often seeks to express only physicality and diminishes the person in the process. Certain non-Jewish religions, on the other hand, advocate spiritual expression through denying the physical altogether.

Judaism strikes a balance by acknowledging the need for both physical and nonphysical self-expression. Sensuality is channeled into the intimate aspects of one’s married life, where it is affirmed and encouraged as a means of expressing one’s deepest self to the other. It is simultaneously held back from the public eye, where it will inevitably create distortion and superficiality in how one is perceived. Dress such as spaghetti strap tank tops, short skirts and low necklines encourage the casual observer to focus on the body and not on the mind or the soul of the woman so attired. Publicly projecting oneself in such a way has the severe spiritual consequence of banishing God’s Presence. Modest dress, on the other hand, not only prevents men from viewing women as objects, but, more importantly, allows women themselves to internalize a spiritual self-image.

Some women, upon starting to dress in accordance with the Torah’s standards, experience a feeling of disempowerment;, no longer able to wield influence over men in the way they once could. This is healthy. A woman’s sense of self and power should not come from the number of heads she can turn, but rather from the minds and hearts she can turn.

(Tziporah Heller’s book, Our Bodies, Our Souls is published by Targum/Feldheim)

« Body & Beauty In Our Physical World: A Jewish Perspective Part II
Intersection Between Heaven and Earth »