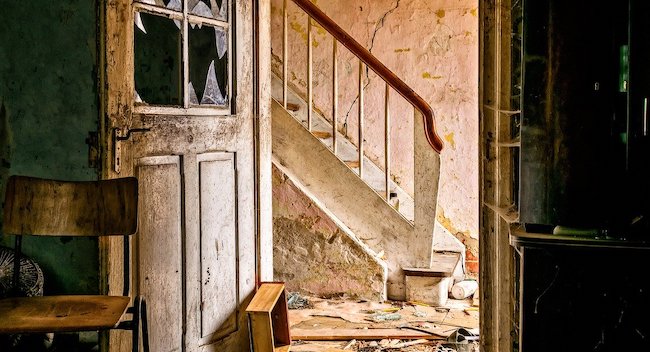 The Torah recounts Avigail’s story in I Samuel (25:2-44). Historically, the events take place during the reign of the Jewish king, Saul. At this point, God has already chosen David the next king of Israel, however, He sustains Saul’s position for the time being. Saul is pursuing David in the desert from place to place, believing mistakenly that David is rebelling against him. (David is an important part of the Avigail picture, as will be discussed further on).

One of the first things the Avigail text tells us is that she and her husband, Naval, are incompatible:

“The man was very wealthy… [his]name was Naval and his wife’s name was Avigail; the woman was intelligent and beautiful, but the man was difficult (Hebrew: “kasheh”) and an evildoer… (I Samuel 25:3).”

The Hebrew word, “kasheh,” can be translated as, “obdurate.” This definition implies that Naval’s character deficits are irreparable, because he is not interested in self-improvement. According to Radak (R’ Dovid Kimchi: 1160-1235), Naval is both internally and externally wicked, which is to say that neither his intentions nor his actions are good. In I Samuel 25:25, Avigail herself declares that Naval refuses to shoulder any form of “responsibility” (Hebrew: “bli ya’al,” or “without a yoke”). The Torah connects the phrase “bli ya’al” to idol worship, to withholding charity and to adultery – transgressions that imply rejection of spiritual, legal and moral accountability. Our sages inform us that Naval was guilty of all three.

According to the Midrash, Naval believes his lineage entitles him, and not David, to succeed Saul as king. This is a key piece of information, since Naval’s hostility ultimately causes David to plan an attack on the former’s household. (Torah law mandates that a king respond in this way to those who rebel against him). Avigail manages to avert this catastrophe through her wisdom, ingenuity and inherent goodness.

The Avigail passage in I Samuel does not explain why she remains married (when in fact Torah law would permit her to divorce)to an evil man who is certain not to change. The omission of this information suggests that Avigail’s reasons for staying with Naval are not integral to what the Torah wants us to learn from her story. (The Torah, in general, does not read as a history book, wherein details and chronological events contribute to an in-depth and thorough survey of a particular subject. Rather, the Torah aims to communicate a specific message (or messages) with each chapter, and includes only those details that serve this purpose. In the same way, the Torah does not necessarily set forth a series of events in the order they take place. Instead, its narrative may proceed in a roundabout fashion, if this route best serves the Torah’s goal of articulating a message for all generations).

If Avigail’s reasons for staying married are irrelevant in this particular chapter, the Torah, elsewhere in its text, does discuss the topic of whether to stay in or leave a bad relationship. topics of this sort. With Avigail, however, the Torah works within the framework of her unhappy marriage – once she has effectively decided to stay – and, in so doing, speaks to other people of other generations who have made this choice. Through Avigail’s perfect righteousness and her husband’s perfect evil – the Torah demonstrates, on an epic scale, the ground rules for “proper” conduct within a less than ideal relationship, no matter what the degree of imperfection. As such, Avigail’s story is a self-improvement manual for all, complete with terms and conditions, which protect the physical well-being of its users and maximize the potential for positive change in their partners.

In order to gain a deeper understanding of Abigail and what she has to offer, it is worthwhile to first examine the context and the characters in her story. Of particular significance in this regard is the conflict between Naval and David, which generates obstacles that Avigail overcomes and through which shines her greatness…

I Samuel 25:2 finds Naval celebrating his successful livestock season with a sheep-shearing feast. David, who has been hiding from Saul, sends ten of his men to bless Naval for continued prosperity (I Samuel 25:4), and then to ask for food. David’s appeal for food is reasonable on a practical level, for several reasons. First, in Biblical society sheep-shearing was known as a time of abundance, sharing and public celebration. Naval’s feast would have been such an occasion, were it not for his general stinginess and his specific hostility towards David. Second, in asking for provisions, David does not beg charity, but asks only that Naval reciprocate for his previous kindness to Naval’s shepherds:

“Now, your shepherds stayed with us, and they did not lack anything… [Therefore] let my attendants find favor in your eyes, for we have come because of your celebration – please give whatever you can to your servants and to your son, to David (I Samuel 25:7).”

Naval refuses to accommodate David’s men, and his retort conveys both resentment towards David’s kingship and cynicism about his lineage:

“Who is David… Should I take from my bread and my water and my meat that I have slaughtered for my shearers and give them to men about whose origin I do not know (I Samuel 25: 10-11)?”

Naval’s insolence amounts to sacrilege and treason, since God, Himself, has appointed David the king. In response to Naval’s transgression, David plans to wipe out Naval and his entire household (I Samuel 25:22). Upon hearing this news, Naval’s men return home – and one of them reports to Avigail, telling her of Naval’s refusal to feed David’s ranks and warning that Naval must expect Divine retribution at David’s hand:

“Behold! David sent messengers from the wilderness to greet our master and he drove them off. These men were very good to us; we were not shamed, nor were we lacking anything all the days that we traveled with them, when we were in the field. They were a [protective] wall over us, both by night and by day, all the days we were with them tending the sheep. And now be aware and determine what to do, for the evil decree has been made final against our master and against his entire household, and he himself is too base a person even to talk to (I Samuel 25: 14-17).”

The soldier’s appeal for protection not to his master, but to Avigail, testifies to her extraordinary intellectual clarity and leadership ability. He seems also to be aware of her moral sensitivity, given that he includes details about David’s previous kindness to Naval’s men. Avigail’s response to this information – discussed in our next class – demonstrates her diplomacy, justice and self-control. Through these attributes, she emerges as a role model for Jewish women of all generations.