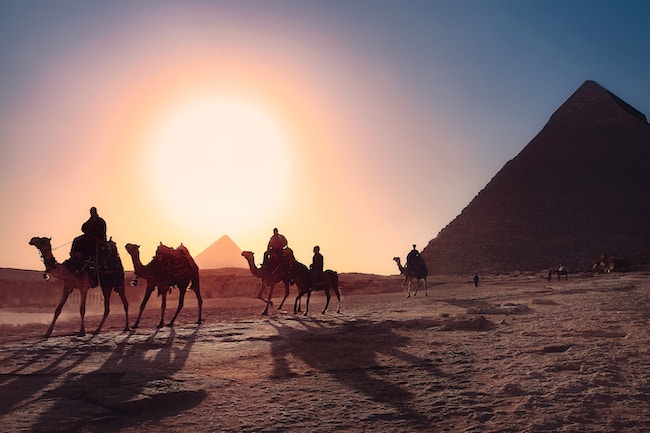 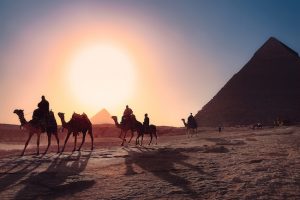 Negotiating redemption is not a simple process. You must deal with two different sides and send two different messages to opposite parties. First, you must speak to the oppressors. You must be demanding and firm. You can not show weakness or a willingness to compromise. Then you have to inform to the oppressed. That should be easy: in a soft and soothing manner you gently break the news that they are about to be liberated. They will surely rejoice at the slightest hint that their time has finally come. That is why I am struck by a verse in this week’s portion that directs Moshe to send the exact same message to Pharoh and the Jewish people, as if Pharoh and the Jews were of one mind, working in tandem. Exodus 6:13 “Hashem spoke to Moshe and Ahron and commanded them to speak to the children of Israel and to Pharoh the King of Egypt, to let the children of Israel leave Egypt” I was always perplexed by this verse. How is it possible to encompass the message to the Jews and Pharoh in one fell swoop? How can you compare the strong demand to Pharoh to the soft, cajoling message necessary for the Jews? Pharoh, who does not to want to hear of liberation, has to be warned and chastised and even plagued. The Jews should jump at the mention of redemption! Why, then, are the two combined in one verse and with one declaration? There are those who answer that the Jews in this verse actually refer to the Jewish taskmasters who were appointed by Pharoh as kapos to oppress their brethren. Thus the equation is clearly justified. However, I would like to offer a more homiletic explanation:

There is a wonderful story of a poor farmer who lived under the rule of a miserable poritz (landowner) in medieval Europe. The evil landowner provided minimal shelter in exchange for a large portion of the farmer’s profits. The farmer and his wife toiled under the most severe conditions to support their family with a few chickens that laid eggs and a cow that gave milk. Ultimately, time took its toll and hardship became the norm. The farmer and his wife had their bitter routine and never hoped for better. One day the farmer came back from the market quite upset. “What’s the matter?” cried his wife, “you look as if the worst calamity has happened.” “It has,” sighed the anxious farmer. “They say in the market that the Moshiach is coming. He will take us all to the land of Israel. What will be of our cow and our chickens? Where will we live? Who will provide shelter for us? Oy! What is going to be?” His wife, who was steeped with faith in the Almighty, answered calmly. “Don’t worry my dear husband. The Good Lord always protects His people. He saved us from Pharoh in Egypt, He redeemed us from the evil Haman and has protected us from harsh decrees throughout our exile. No doubt he will protect us from this Moshiach too!”

Hashem understood that the Jewish people were mired in exile for 210 years. They had decided to endure slavery rather than abandon it. Moshe had to be as forceful with those he was planning to redeem as he was with those who had enslaved them. Often in life, whether by choice or by chance, we enter into situations that we ought not be in. As time progresses, however, we get accustomed to the situation, and our worst enemy becomes change. We must tell the Pharoh within each of us, “let my people go!” Let us not continue on the comfortable path but rather get on the correct one. That message must be told to the victim in us with the same force and intensity as it is told to the complacent. Good Shabbos c1996 Rabbi Mordechai Kamenetzky

Drasha is the e-mail edition of FaxHomily, a weekly torah facsimile on the weekly portion. FaxHomily is a project of the Henry and Myrtle Hirsch Foundation