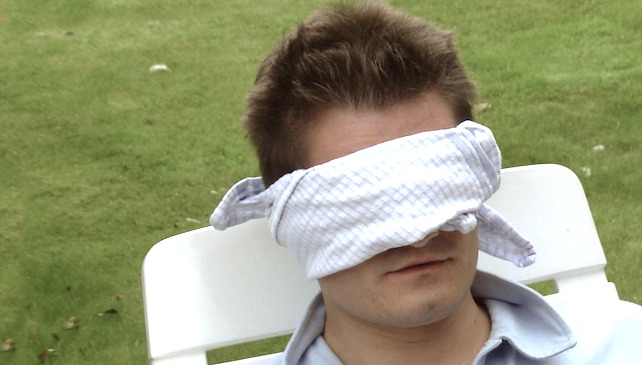 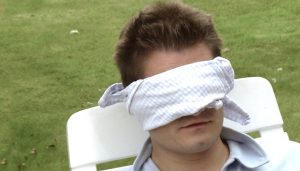 Love is blind. So is hate and any principle that begins to shade the intellect with emotion. This week, in what appears to be the worst ideological division of the Jewish people after the Exodus, a litmus test of human nature proved that the great divide bordered more on ego than on principle.

Korach, a cousin of Moshe and a brilliant man in his own right, began a rebellion that challenged the leadership and divine appointment of both Moshe and Ahron. In addition to his own family, Korach’s iconoclastic actions inspired 250 Jewish leaders to denounce publicly the leadership of Moshe and Ahron. Foremost among the self-appointed detractors were two men with a history of vindictive activities toward Moshe – Dassan and Aviram. Back in Egypt, when Moshe killed an Egyptian taskmaster who was beating an innocent Jew, these men threatened to inform the Egyptian authorities.

But Moshe wanted to deal with them. As leader of two million people, he could have laughed at the complaints of a minute fraction of the population, but he didn’t. He reached out to Dassan and Aviram and asked them to come and discuss their qualms with him. His request was met with a barrage of insults.

I was always amazed at this most arrogant response. Why did these men, who obviously were stubborn, arrogant, and supercilious, respond in a self-deprecating manner? Why did they suggest the horrific infliction of eye-gouging upon themselves? Would it not be enough to respond, even to the worst of enemies, “we will not come?” What connection does the loss of vision have with their refusal?

Reb Gimpel, a travelling salesman, developed an illness in a small village far from his home and was prescribed with a cure that entailed eating of non-kosher food. A foreigner in that town, he decided to ask the local rabbi if he was permitted to eat the medicine.

The gentile doctor did not know where the rabbi lived and suggested that Reb Gimpel ask the local butcher. Reb Gimpel went into the butcher shop. “Excuse me,” he asked the burly meat vendor, “do you know where I can find your rabbi?” “The rabbi!” sneered the butcher, “why would a respectable-looking man like yourself need our rabbi?” The man was puzzled but continued to explain. “I’d like to ask him something. “Ask him something!” mocked the butcher. “Our rabbi doesn’t know the difference between a horse and a cow! You’re wasting your time! Ask the chazzan where he lives, I have no reason to tell you.”

The shocked man went to the chazzan’s home. “Excuse me,” he asked. Do you know where the rabbi lives?”

“The rabbi?” asked the cantor in horror. “Why in the world would you want to meet that ignoramus? Surely you don’t want to ask him a question! I wouldn’t want to be party to your misfortune. Better ask the mohel.”

Frustrated the poor man went to the home of the mohel where once again he was accosted with a barrage of insults and put-downs. Finally, however, the mohel acquiesced and directed the man to the rabbi’s home. The man entered the threshold and before he even shook the rabbi’s hand he exclaimed, “Listen, I don’t know you, and you don’t me. I came here to ask one question, but I will ask you something totally different. Why are you the rabbi here? The butcher thinks you’re a thief, the chazzan thinks you’re an ignoramus, and the mohel loathes you. Why in the world do you remain the rabbi of this town?”

The rabbi looked up from his bifocals and smiled. “Ah! The insults, the abuse and the criticism. But you know what: for a little honor it’s all worth it!”

As the proverbial rabble-rousers of all time, Dassan and Aviram were preaching profound insight into the laws of arrogance. When one is set on a self-fulfilling mission of squabbling, as corrupt and perverted as his judgement is, so is his vision. He is blind to the critics, blind to the world, and worst of all, blind to his own self. Once a man is blind, you can gouge his eyes and he will not notice. Only those with a pure sense of mission, cherish the vision that lets them see a situation from every angle. Even if it is not their own. While Moshe, the leader of the entire nation asks to meet his worst enemies and discuss their gripes, thy refuse and would rather be blind to any criticism.