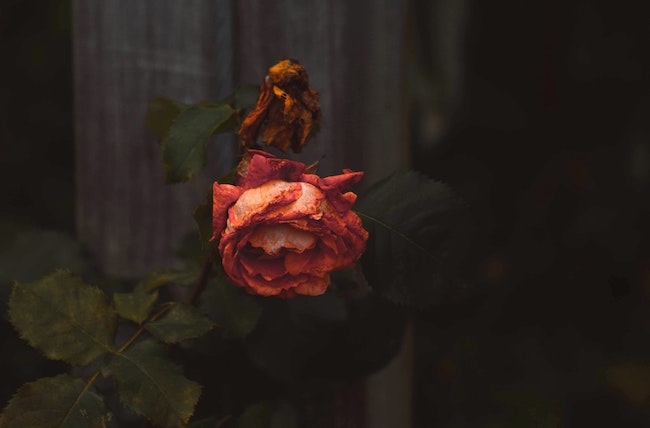 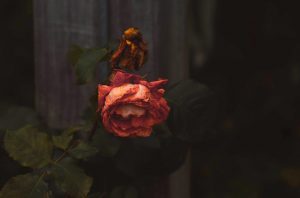 The primary subject of this week’s two Parashot is Tzara’at, the affliction that our Sages identify as a punishment for speaking Lashon Ha’ra. The Talmud Yerushalmi famously observes that Lashon Ha’ra is equivalent to the three cardinal sins: adultery, murder, and idolatry. What makes Lashon Ha’ra such a serious sin?

R’ Yisrael Eliyahu Weintraub z”l (1932-2010; a leading Kabbalist in Bnei Brak, Israel) explains: The creation of man testifies to the common origin of all of creation, as man contains with him something from the highest realms–a spiritual soul–and something from the lowest realms–a body made from the earth. These realms intersect at man’s ability to speak, the ability to express intangible, spiritual thoughts in words formed by the physical body. This is why Onkelos translates the verse (Bereishit 2:7), “He [Hashem] blew into his [man’s] nostrils the soul of life,” as: “There was in man a speaking spirit.” Speech is the essence of man.

It follows, R’ Weintraub continues, that a sin that involves speech strikes at man’s very essence. That, in turn, calls into question the unity of the spiritual and physical worlds, which impacts our belief that Hashem created the world.

He continues: The Hebrew word “Nega” / Tzara’at affliction (see Vayikra 13:2) is an anagram of the word “Oneg” / pleasure. G-d created a world where man, of all creatures, has the ability to experience the Oneg of basking in His “light.” A Nega comes to one whose actions–misusing the power of speech–call into doubt that greatness of man. (B’Sod Yesharim 5755)

“On the eighth day, the flesh of his foreskin shall be circumcised.” (12:3)

R’ Chaim ben Attar z”l (1696-1743; Morocco, Italy and Eretz Yisrael; known as the “Ohr Ha’Chaim Hakadosh”) asks: Why was this detail not included in Parashat Lech Lecha, with the other laws of Brit Milah that were taught to Avraham Avinu?

He answers: “Adam” represents man at his greatest, as we read (Bereishit 1:26), “Elokim said, ‘Let us make Adam in Our image, in Our likeness.’ So Elokim created Adam in His image, in the image of Elokim He created him.” The Torah is teaching us: Man at his greatest–Adam–was imbued with the ability to defeat his Yetzer Ha’ra. If, instead, man sins and is punished with Tzara’at, the subject of our Parashah, he should be reminded of the lofty level–Adam–from which he fell. (Siftei Kohen)

“This shall be the law of the Metzora on the day of his purification–He shall be brought to the Kohen.” (14:2)

R’ Hillel Lichtenstein z”l (1814-1891; rabbi in Margareten, Hungary and Kolomea, Galicia) writes: This Pasuk can be a source of encouragement to one who, G-d forbid, became caught in the Yetzer Ha’ra’s trap and, when he wants to repent, is told by the Yetzer Ha’ra that there is no hope for him and repentance will not help him. Our verse says: “This is the law of the Metzora”–i.e., the “Motzi Shem Ra” / one who committed the very serious sin of Lashon Ha’ra. Nevertheless, “On the day of his purification”–when he repents, “He shall be brought to the Kohen”–he shall come before Hashem, who our Sages refer to as a “Kohen.” Even the worst sinner can come close to Hashem when he repents sincerely. (Kavanat Ha’lev)

The Gemara (Chagigah 15a) relates that a Tanna / Sage of the Mishnah named Elisha ben Avuyah became a heretic. Because of this, he is referred to in the Talmud as “Acher” / “The other one.” One day, he heard a Bat Kol / Heavenly voice proclaim, “Return wayward sons, except for Acher.” Hearing that, he said, “I may as well stray further.”

R’ Zvi Elimelech Shapira z”l (Chassidic Rebbe known as the “Bnei Yissaschar”; died 1841) writes in the name of R’ Yaakov Yitzchak z”l (Chassidic Rebbe known as the “Chozeh of Lublin”; 1745-1815): Instead, Acher’s reaction should have been, “If so, then now I can serve G-d more completely, with no expectation of reward, solely in order to please my Creator.” Had he done that, he would indeed have been forgiven. (Agra D’Pirka No.1)

Why is this law introduced with a reminder that Hashem is giving us the land of Canaan?

R’ Avraham Azulai z”l (1570-1644; Morocco and Eretz Yisrael) explains in the name of R’ Suleiman Ohana z”l (Morocco and Eretz Yisrael; died 1618): The Torah is warning us not to be stingy. Do not say, “What is mine is mine!” The land where your house stands was not always yours; it belonged to the Canaanites, and I (Hashem) gave it to you as a gift. You, too, should be generous with your fellows and perform acts of kindness for them. If you do not, I will bring Tzara’at upon your house. (Ba’alei Brit Avraham)

This year, we will iy”H devote this space to discussing various aspects of our prayers. Last week, we discussed some of the reasons for the practice of “Shuckling” / swaying while praying or studying Torah. This week, we present several opinions about whether, and when, one should “Shuckle.”

R’ Moshe Isserles z”l (“Rema”; 1530-1572; rabbi of Cracow, Poland, and author of the glosses on Shulchan Aruch that adapt that work for Ashkenazim) writes: Those who are particular [about Mitzvot] have a custom to sway while reading the Torah, just as the Torah was received with awe and trembling, and also while praying, because of the verse (Tehilim 35:10), “All my bones will say: ‘Hashem! Who is like You?!’” [i.e., one’s whole body should participate in praying]. (Orach Chaim 48)

R’ Menachem Azaryah of Fano z”l (1548-1620; Italian Halachic authority and a noted Kabbalist) disagrees. He writes: The verse, “All my bones will say: ‘Hashem! Who is like You?!’” is referring only to one who is praising Hashem. In contrast, the Halachot of praying–i.e., making requests from Hashem–are learned from Chana, mother of the prophet Shmuel, about whom we read (Shmuel I 1:13), “Only her lips moved.” (She’eilot U’teshuvot Ha’RaMA Mi’Fano No.113)

R’ Yisrael Meir Kagan z”l (the Chafetz Chaim; died 1933) summarizes: Some Halachic authorities maintain that one should not sway during Shemoneh Esrei; only during Pesukei D’zimra, Kri’at Shema, and while studying Torah, the custom is to sway. . . Either way is permissible, depending on each person’s nature: If one concentrates when he is swaying, he should sway; if not, he should be still. The main thing is to concentrate.

In any event, keeping one’s body still and swinging one’s head from right to left is a mannerism of haughty people and should not be done. (Mishnah Berurah 48:5)