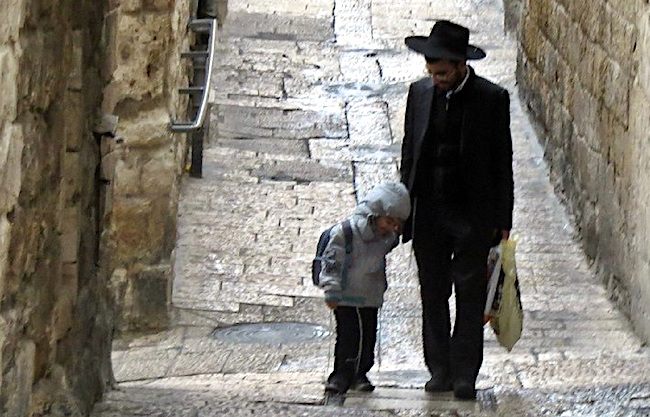 Son of a Gaon 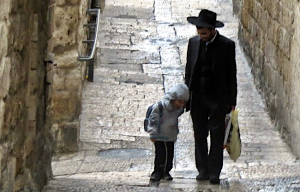 The commentaries have myriad explanations on these issues. The foremost, mentioned by Rashi, explains the repetition of “the speak unto them” command. Rashi quotes the Talmud that explains that there truly is a double command. In addition to the command given to the kohanim themselves, they are in turn commanded to pass on these warnings to the youth. “The elders are cautioned to ensure the sanctity of the priesthood to the younger generation. It is incumbent that the older kohanim must admonish the younger ones and ensure that they will not be defiled.”

There is, however, another nuance that must be explained. The kohanim are identified in two different manners. First Moshe is told to speak to the kohanim as children of Ahron and then he is told to speak unto them — as kohanim in their own right. What is the significance of the two capacities?

The story is told of the Bais HaLevi, Rabbi Yosef Dov HaLevi of Brisk, and the progenitor of the great Soleveitchik dynasty. One of his children became engaged to a young woman and with the commitment of marriage the young scholar was offered an extremely large dowry. Proud of the level of acceptance, the young Soleveitchik told his father, “you see, I guess I have some of my own merits already. After all, I was just offered this enormous dowry.”

The Bais HaLevi gave his son a questioning look. “Maybe it was offered in my merit?” The son was taken aback. “Father!” he exclaimed, “had they given the money in your merit they would have offered double the amount!”

“You may be right,” replied the father, “Perhaps, if the dowry was only offered in my merit you surely would have received double.” Then Rabbi Soleveitchik smiled. “But what can we do after all, you are the groom!”

Perhaps, in passing the tradition of the priesthood from one generation to the next it is imperative that the Torah speak to those kohanim as both “the children of Ahron” and also in their own right – “speak unto them.”

Reb Laibish Charif explains that the priesthood is one of the few ordinances that has natural succession. One is a kohein because his father was a kohein. A kohein’s stature is directly linked to the sanctity of his forebear Ahron. But the Torah tells us this week that though the sanctity may have started with Ahron, and to that end Moshe was instructed to speak to the kohanim as the children of Ahron, there is, however, more. He was told to speak to them. There is a responsibility for each scion of Ahron to stand as a kohein and bear the responsibility as if he would be the forbear of all future kohanim. He must rise to the occasion on his own. Moshe speaks not only to the children of Ahron. He speaks to them.

There are times when one can rest on the laurels of his lineage. But more often than not, one must realize that he alone bears the responsibilities for his actions for today and for eternity. As a youngster I was told that having yichus (illustrious progenitors) is like having one thousand zeros — if there is no one in front of the zeros they are worthless. Perhaps Rashi in his wisdom has hinted to the words of Rabbi Laibish. For the best admonition a father may give his child declares, “you are my son – remember that – but there will be a time that you must stand on your own.”