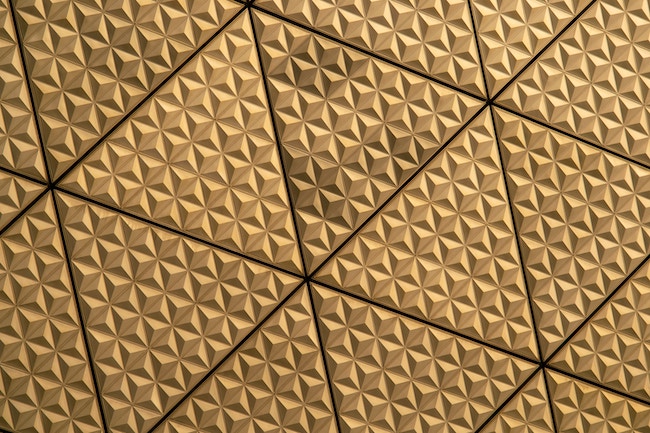 Gold in them Thar Walls 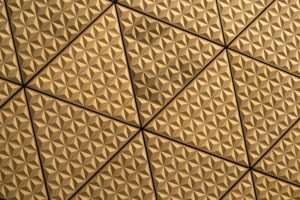 This week, in reading both Tazria and Metzorah, we combine portions that deal with the physio-spiritual plague of tzora’as. Tzora’as is a discoloration that appears in varying forms on human skin, on hair, clothing, and even on the walls of one’s home. The afflicted individual must endure a complicated process of purification in order to rejoin the community. The Talmud explains that tzoraas is a divine punishment for the sins of slander and gossip. In fact, the Talmud in Ararchin 16b comments that the reason that the afflicted is sent out of the camp was because “he separated friends and families through his words, and deserves to be separated from his community.”

Rashi and the Ramban explain that the first form of tzora’as does not begin on the person. Hashem in His mercy first strikes at inanimate objects — one’s possessions. The discoloration first appears on the walls of a home, forcing the affected stones to be removed and destroyed. If that event does not succeed as a wake-up-call, and the person continues his malevolent activities, then his clothing is affected. If that fails, eventually the flesh is transformed and white lesions appear, forcing the afflicted to leave the Jewish camp until the plague subsides and the Kohen declares him acceptable to return.

Rashi tells us that the first stage of tzora’as — the home — is actually a blessing in disguise. Tzora’as on a home can indeed bring fortune to the affected. As the Israelites were approaching the Land of Canaan, the inhabitants, figuring that one day they would re-conquer the land, hid all their gold and silver inside the walls of their homes. When one dislodged the afflicted stones of his home he would find the hidden treasures that were left by the fleeing Canaanites.

It is troubling. Why should the first warning of tzora’as reek of triumph? What message is Hashem sending to the first offender by rewarding his misdeeds with a cache of gold? What spiritual import is gained from the materialistic discovery?

After the end of World War II, the brilliant and flamboyant Torah sage, Rabbi Eliezer Silver visited and aided thousands of survivors in displaced persons camps in Germany and Poland who were waiting to find permanent homes. One day, as he was handing out Siddurim (prayerbooks) and other Torah paraphernalia, a Jewish man flatly refused to accept any.

“After the way I saw Jews act in the camp, I don’t want to have any connection with religion!”

Rabbi Silver asked him to explain what exactly had turned him off from Jewish practice.

“I saw a Jew who had a Siddur, yet he only allowed it to be used by the inmates in exchange for their daily bread ration. Imagine,” he sneered, “a Jew selling the right to daven for bread!”

“And how many customers did this man get?” inquired Rabbi Silver.

“Far too many!” snapped the man.

Rabbi Silver put his hand around the gentlemen and gently explained. “Why are you looking at the bad Jew who sold the right to pray? Why don’t you look at the many good Jews who were willing to forego their rations and starve, just in order to pray? Isn’t that the lesson you should take with you?”

Perhaps Hashem in His compassion is sending much more to the gossiper than a get-rich-quick scheme. He shows the first-time slanderer to look a little deeper at life. On the outside he may see a dirty wall of a former Canaanite home. Dig a little deeper and you will find gold in them thar walls. Next time you look at a person only superficially — think. Dig deeper. There is definitely gold beneath the surface. Sometimes you have to break down your walls to find the gold you never thought it existed.

Rabbi Eliezer Silver (1881-1968) was a prominent figure in the emerging American Torah Community. A powerful, witty and brilliant leader, he came to America as a Rabbi in Harrisburg, PA and ended his career as Rabbi of Cincinatti, OH. He was a founder of the Vaad Hatzalah during World War II.