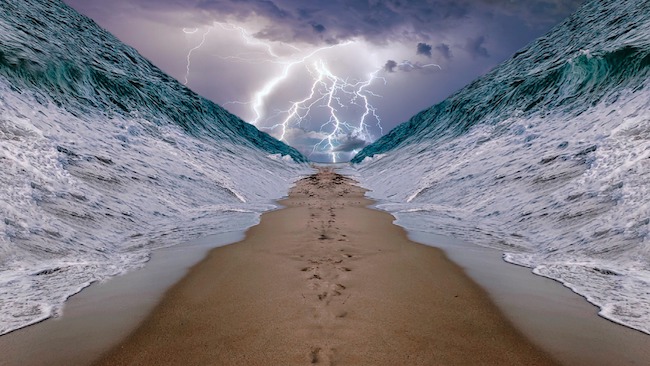 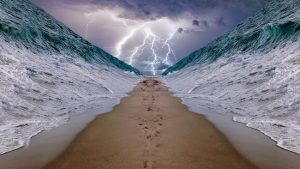 G-d led the people around [by] way of the desert [to] the Red Sea, and the Children of Israel were (CHAMUSHIM) armed when they went up out of Egypt. (Shemos 13:18)

There is a shocking piece of history buried in the word “CHAMUSHIM”. It is translated as “armed” but it hints to an enormous tragedy, that four fifths of the Jewish People perished during the plague of darkness. Only one fifth ultimately participated in the long awaited and much heralded “Exodus’!

Many years ago I heard from Rabbi Avigdor Miller ztl. an equally incredible statement. I am not the historian to confirm or deny, to endorse or challenge the veracity of this claim, but Rabbi Miller was a giant student of history and authored many books. He says that “not only were 4/5 of the Jews were lost in the plague of darkness in Egypt, but 4/5 of the Jews are lost in whatever the “plague of darkness” is in that generation.”

Armed with this frightening piece of information for many years, it dawned on me only recently something that I feel compelled to share and repeat at our Pesach Seder now year after year.

Let us say that we can be counted as being amongst the “fortunate” 20% who will have the merited to continue beyond the darkness of this generation- then we are here because there was a 20% that chose profoundly and lived bravely to be amongst the 20% of the previous generation. Now that 20% came from another 20% of survivors and so it continues, exile after exile and pogrom after pogrom all the way back to Egypt.

Let us say that a generation is 100 years, then that takes us back a mere 800 years, less than ¼ of the way back to the Exodus from Egypt. The chances of someone sitting happily at his Pesach Seder 800 years ago with an attrition rate of 80% per generation making it to the Seder here in the 21st century is 1 out of 10 million. That is a crazy small percentage.

Now that’s only a quarter of the way back to the Exodus and assuming a generation is 100 years. Maybe it’s much less. What would be the chances of someone exiting Egypt projecting his progeny to the present?!

Consider now the value of the seat we occupy at the Pesach Seder. We are winners of the lottery of life and of history. What a truly extraordinary privilege we have just to be there, to have survived the gauntlet of history and being the descendants of wise and courageous choosers. The intensity of our celebration at the Pesach Seder should also be multiplied year after year and generation after generation.

I shared this calculation at a Bar Mitzvah a few years ago and I told the Bar Mitzvah boy that the good news is that his seat was paid for by the noble efforts of his parents and grandparents, generation after generation. The challenging news is that now he has to pay for the seat of the next generation and ensure that they, like he, can also be included amongst the 20%.