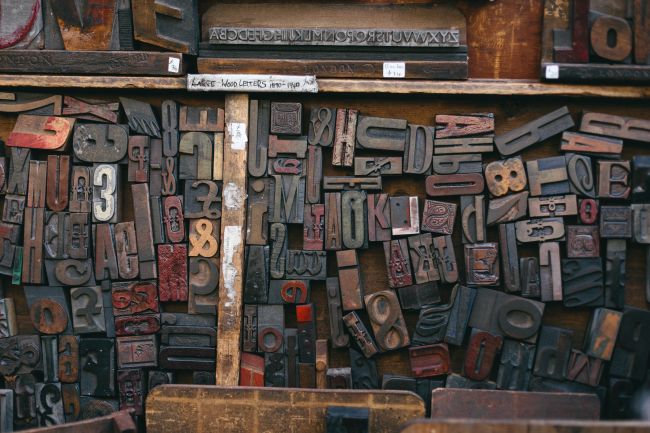 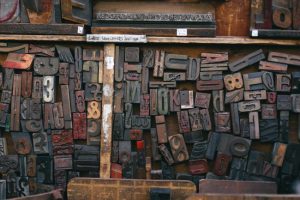 King Shlomo writes in Mishlei (16:11), “A peles / scale and moznai mishpat / just balances are Hashem’s; His deeds are like even kis / weights in a pouch.” Rabbeinu Bachya z”l (Spain; 14th century) explains: King Shlomo intends to teach us that all of man’s deeds are weighed, and that Hashem has all sizes of weights. A peles is a large scale, moznaim are somewhat smaller, and weights that can fit in a pouch represent the smallest units of measurement. This is all a metaphor to teach that G-d weighs and punishes for the smallest sins and for major sins; He forgets nothing. This idea is conveyed as well in the verse (Yirmiyah 16:16), “Behold, I shall send many fishermen–so says Hashem–and they will fish them out, and afterwards I will send many trappers and they will trap them from atop every mountain and every hill and from the crevices in the rocks.” This is like a person who empties a room and then goes back to make sure he left nothing behind. So, too, Hashem forgets nothing. [R’ Bachya does not mean to discount the possibility of teshuvah. Rather, he is warning us not to think that “small” sins don’t matter.]

Perhaps, R’ Bachya continues, the small weights are said to be kept in a pouch to allude to the mystery that is inherent in Hashem’s judgment. In reality, we often don’t know what He considers to be a “big” sin or a “small” sin. This is alluded to in the verse (Tehilim 36:7), “Your charity is like the mighty mountains; Your judgment is like the deep waters.”

R’ Bachya notes that, according to the just-quoted verse, unlike Hashem’s judgment which is concealed like the depths, His charity is in the open like the mountains. For example, in the Book of Yechezkel, the date of the destruction of the Temple, a manifestation of Hashem’s judgment, is hidden in confusing terms. In contrast, in our parashah, all of the details of the census, which demonstrates Hashem’s love for us (i.e., His charity), are spelled out. (Beur Al Ha’Torah)

“Bnei Yisrael shall encamp, each man near his banner according to the insignias of their fathers’ households.” (2:2)

The Midrash Rabbah comments on this verse: Thus it is written (Tehilim 20:6), “May we sing in joy at Your salvation, and raise our banner in the Name of our Elokim . . .” [Until here from the Midrash]

What is the connection between our verse and the quoted verse in Tehilim (other than the coincidence of the word “banner”), and what is the Midrash teaching? R’ Eliezer David Gruenwald z”l (1867-1928; Hungarian rabbi and Rosh Yeshiva; his Yahrzeit was this past week) answers:

Now, R’ Gruenwald concludes, we can understand the Midrash on our verse: “May we sing in joy at Your salvation” — referring to the fact that Hashem makes His presence felt at the former location of the Bet Hamikdash, which brings honor to Him and is, so-to-speak, His salvation. “Raise our banner in the Name of our Elokim” — it is as if He is waving a banner to indicate His presence. So, too, the Midrash is teaching, the banners that marked the encampment of the tribes in the desert brought glory to Hashem. (Keren L’David)

The Last Day of the Omer?

R’ Yaakov Moelin z”l (Maharil; 1365-1427; Germany; his customs are a major source for the practices of Ashkenazic Jews relating to prayer) writes that the custom in Mainz, Germany was as follows: The Shamash of the city would gather all of the youth in Shul after the prayers, and he would recite the Berachah out loud with them: “He has sanctified us with His Mitzvot and commanded us regarding Sefirat Ha’omer, for today is one day in the Omer.” [The custom of saying “for today is” was once common but has not been adopted by later Halachic authorities.] After a week, he would say: “For today is seven days, which is one week.” . . . [After seven weeks, he would say:] “For today is 49 days, which is seven weeks.” And the next day is Erev Shavuot. (Sefer Maharil: Minhagim)

R’ Shlomo Kluger z”l (1785-1869; rabbi of Brody, Galicia) cites an opinion that the last phrase (“And the next day is Erev Shavuot”) is not a new sentence; rather, the Maharil is teaching that the correct way to count the Omer on the forty-ninth night is to say: “Today is 49 days, which is seven weeks, and the next day is Erev Shavuot.” Doing this, R’ Kluger writes, would resolve a seeming contradiction between the two verses quoted above, one of which instructs us to count seven weeks — 49 days — and the other of which says we should count 50 days. By acknowledging on the forty-ninth night that the next day is the day before Shavuot, we, in effect, acknowledge the existence of a fiftieth day, i.e., Shavuot. R’ Kluger finds support for this practice in the Midrash Torat Kohanim, which instructs us to “count 49 days and sanctify the fiftieth day.”

R’ Kluger’s grandson writes, in a footnote, that he is not persuaded by his grandfather’s reading of the Maharil. It is well known, he writes, that the Jewish day begins at nightfall. Thus, if one would say on the night before Shavuot, “The next day is Erev Shavuot,” it would not be a true statement. Rather, we should count the way that is widespread, for “the custom of the Jewish People is Torah.” (Sefer Korban Pesach 489:1)

Rabbi Yose ben Kisma said, “Once I was walking on the road, when a certain man met me. He greeted me and I returned his greeting. He said to me, ‘Rabbi, from what place are you?’ I said to him, ‘I am from a great city of scholars and Soferim.’ He said to me, ‘Rabbi, would you be willing to live with us in our place? I would give you thousands of golden dinars, precious stones and pearls.’ I replied, ‘Even if you were to give me all the silver and gold, precious stones and pearls in the world, I would dwell nowhere but in a place of Torah’.” (Ch. 6)

R’ Zvi Yehuda Kook z”l (1891-1982) comments: If our Sages use a story to teach a particular lesson, we must examine what we can learn from the story that we would not have known if the story’s moral had simply been stated as an imperative–e.g., “One should always dwell in a place of Torah!” Rambam, also, chooses sometimes to cite a story rather than to simply state the Halachah (see, e.g., Hil. De’ot 7:13). There must be a reason.

What does this story teach? First, it teaches that dwelling only in a place of Torah is not an abstract ideal. It is a something that every person can realize. Who was Rabbi Yose ben Kisma? The Gemara teaches that he was deeply involved in the secular world and was on good terms with many Roman noblemen. Despite having one foot planted solidly in the Roman world, he chose to live only in a community that was noted for its Torah scholars.
This story teaches some incidental lessons as well.