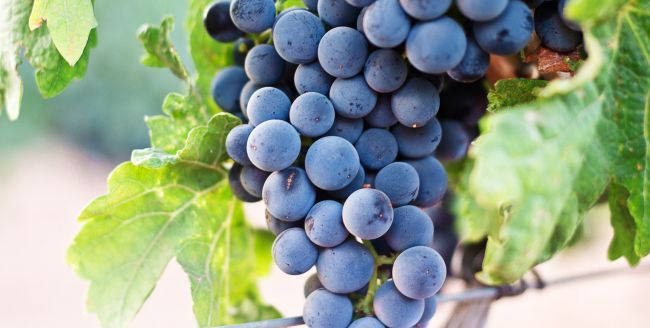 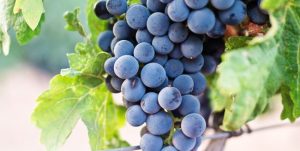 What is the connection between the word “Koh,” the Patriarch Yaakov and Birkat Kohanim? R’ Yitzchak Menachem Weinberg shlita (Tolner Rebbe in Yerushalayim) explains:

Yaakov is the only one of the Patriarchs whose name is associated in the Torah with the word “Bayit” / “house” (as in Shmot 19:3, quoted above) because Yaakov is the only one of the Patriarchs who succeeded in building a “house” in which all of the children remained loyal to Hashem. It is no coincidence that Yaakov’s life before he built that house was filled with more trials and tribulations than either his father or his grandfather experienced. That is how a successful Bayit is built: with hard work and exertion. Not coincidentally, Yaakov’s name is derived from the word “Eikev” / “heel,” alluding to his role of establishing a solid foundation for the Jewish home, just as the heel gives the body a solid footing. And, the word “Koh” / “Thus” teaches: “This way” is how a Jewish home is built, the Tolner Rebbe writes.

He continues: When the Torah and Prophets use the expression “Bet Yaakov,” our Sage often interpret it as referring to the women of the Jewish People (see, for example, Rashi z”l to Shmot 29:3). This combination of “Bayit” / “house” and “Yaakov”alludes to the fact that the role that Yaakov fulfilled–establishing a solid foundation for a Torah home–is carried on by Jewish women, in particular.

There is a second foundation on which a Torah home is built, the Tolner Rebbe continues, and that is Simchah / happiness. Birkat Kohanim is a Mitzvah that can be fulfilled only in a state of Simchah. That is the reason Ashkenazim outside of Eretz Yisrael perform Birkat Kohanim only on festivals; on weekdays, we are lacking sufficient Simchah. For the same reason, there is a Halachic opinion that a Kohen who is not married does not recite Birkat Kohanim. He is lacking the requisite Simchah. And, when the Torah says “Koh” / “Thus–like this–you shall bless . . . ,” it is teaching that the Kohen should transmit that Simchah to those he blesses.

In light of the above, the Midrash is teaching that, when the Kohanim bless the Jewish People, they are offering a double blessing: May you succeed in building a Jewish home founded on the solid commitment that Yaakov demonstrated through his toil, but also founded on Simchah. (Butzina D’Oraita p.73)

“When Moshe arrived at the Ohel Mo’ed to speak with Him, he heard the Voice speaking to him from atop the Kaporret / Cover that was on the Aron Ha’edut / Ark of the Testimony, from between the two Keruvim, and He spoke to him.” (7:89)

Rashi z”l comments: I might think it was a low voice; when it says, “the Voice,” it teaches that it was the same voice with which Hashem spoke to him at Har Sinai. [Until here from Rashi]

R’ Eliezer David Gruenwald z”l (1867-1928; Hungarian rabbi and Rosh Yeshiva) explains: The Gemara (Sanhedrin 17a) derives from the verse (Devarim 5:19), “These words Hashem spoke to your entire congregation on the mountain . . . a great voice, it did not cease,” that every novel Torah thought that any Torah scholar would teach in the future was taught to Moshe at Har Sinai. Unlike a human, Hashem’s “voice” is eternal; the “voice” that began to speak at Har Sinai never stopped.

R’ Shlomo Kluger z”l (1785-1869; rabbi of Brody, Galicia) writes: We read in Vayikra (1:1), “He called to Moshe, and Hashem spoke to him from the Tent of Meeting, saying.” That verse implies very direct communication between Hashem and Moshe. In contrast, our verse, “[Moshe] heard the Voice speaking to him,” implies a more indirect form of communication. Why?

He explains: Hashem loves humility. The Torah tells us (in next week’s Parashah — 12:3), “the man Moshe was exceedingly humble, more than any person on the face of the earth.” However, even Moshe Rabbeinu’s humility had different degrees. When, as in Vayikra, Moshe waited for Hashem to call to him, then Hashem communicated with him directly. In contrast, if Moshe, of his own initiative, “arrived at the Ohel Mo’ed to speak with [Hashem],” then he only “heard the Voice speaking to him,” a more indirect form of communication. (Chochmat Ha’Torah)

“Ye’varechecha Hashem”/”May Hashem bless you” — this refers to “Remember the day of Shabbat . . .”

Paralleling these two aspects, people who serve Hashem can be divided into two groups. Some people choose to focus on the positive commandments. Such people tend to be outgoing; they try to influence others and to include them in numerous spiritual projects and activities. Other people focus on not transgressing the negative commandments. Such people tend to be more reticent and less involved in various projects.

When the Kohanim recite Birkat Kohanim / The Priestly Blessings, they address both types of people. To those whose service of Hashem parallels “Remember the day” (that is, those who focus on the positive commandments), the Kohanim say, “Ye’varechecha Hashem” / “May Hashem bless you and your activities.” [Ed. note: R’ Shlomo ibn Aderet z”l (Rashba; Spain; 1235-1310) writes that the word “Le’varech,” which we translate imprecisely as “to bless,” actually means, “to cause to spread out.” Thus, “Ye’varechecha Hashem” could aptly be translated as a blessing to the one who is involved, and involves others, in many good deeds: “May Hashem cause your good deeds to be widespread.”]

To those whose service of Hashem parallels “Guard the day” (that is, they focus on negative commandments), the Kohanim say, “May Hashem guard you.” (Binat Nevonim)