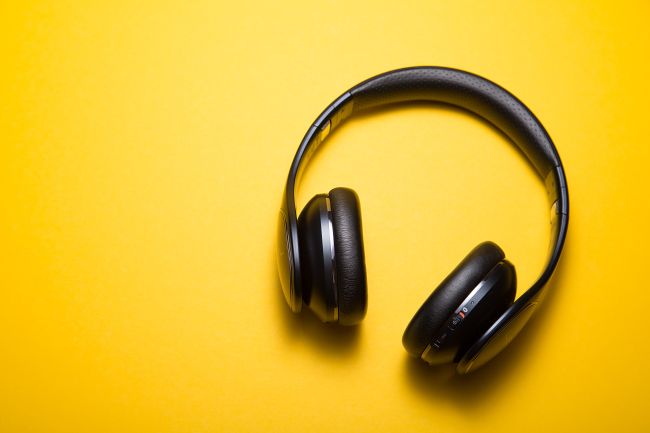 Why Don’t They Listen? 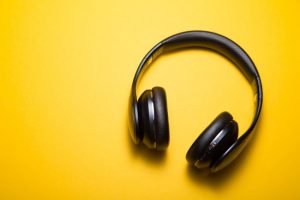 Hashem tells Moshe in this week’s Parashah (7:3), “I shall harden Pharaoh’s heart.” The Midrash Shmot Rabbah comments: Rabbi Yochanan said, “On this basis, heretics can argue that Pharaoh had no ability to repent, as it is [further] written (10:1), ‘I have made his heart stubborn.’ Rabbi Shimon ben Lakish said to Rabbi Yochanan, “Let the heretics be silenced. We read (Mishlei 3:34), ‘If [one is drawn] to scoffers, he will scoff,’ [i.e., Hashem allows a person to go in the way he chooses]. This teaches that Hashem warns a person once, twice and three times. If he does not repent, Hashem seals the person’s heart so that he will not repent and instead will be punished for his sins.” [Until here from the Midrash]

R’ Avraham Yoffen z”l (1887-1970; Rosh Yeshiva of the Novardok Yeshiva in Bialystok, Poland; New York and Yerushalayim) asks: There are many names we might call Pharaoh–for example, a heretic or stubborn–but why a “laitz”/ “scoffer”? Similarly, we find that our Sages refer to Avimelech, king of the Plishtim in the days of Avraham, as a “laitz.” Why?

He explains: Our Sages use the term “laitz” to refer to someone who shirks his responsibilities. Avimelech is called a laitz because he turned a blind eye to the fact that his subjects gave unwarranted attention to female travelers (i.e., asking if Sarah was Avraham’s wife or sister). Pharaoh is called a laitz because he refused to recognize Hashem. Anyone who knows the truth about something and chooses to ignore it and to act contrary to the truth fits the definition of a laitz, to whom King David refers in the verse (Tehilim 1:1), “Praiseworthy is the man . . . who did not sit in the counsel of the laitzim.” (Ha’mussar V’ha’da’at)

“Moshe spoke before Hashem, saying, ‘Behold, Bnei Yisrael did not listen to me, so how will Pharaoh listen to me?’” (6:12)

Seemingly, Moshe’s argument was: “If my own people did not believe me, why would Pharaoh believe me?” However, many commentaries question the logic of this argument; after all, there was a reason why Bnei Yisrael did not accept Moshe’s news that Hashem had appeared to him, and that reason did not apply to Pharaoh. Specifically, the Torah records (verse 9): “They did not heed Moshe, because of shortness of breath and hard work.” It was not because they did not believe Moshe; they just were in no mental state to accept what he was saying. Perhaps Pharaoh, who was not suffering from “shortness of breath and hard work,” would accept Moshe’s announcement!

Third, R’ Lewin writes, Moshe’s argument can be understood on a deeper level. Hashem implanted in man the tendency to forget or, at least, have a diminished memory of that which is irretrievably lost. In this way, the pain of a loss–whether the death of a loved one or a great financial loss–will subside over time. Rashi z”l explains that this is why Yaakov could not be consoled for the loss of Yosef. Consolation–the lessening of the pain of a loss–is a gift that Hashem gives those who have lost loved ones, but Yosef was still alive, so there was no gift of consolation. Conversely, if one does forget his loss, it means that he has given up all hope of recovering what he lost.

R’ Lewin adds: Hashem agreed with Moshe. That is why the next verse says, “Hashem spoke to Moshe and Aharon and commanded them regarding Bnei Yisrael and regarding Pharaoh, king of Egypt, to take Bnei Yisrael out of the land of Egypt.” He commanded them not only to talk to Pharaoh, but also to uplift the spirits of Bnei Yisrael. (Reprinted in L’Ohr Ha’Emunah p.47)

R’ Shlomo Hakohen Rabinowitz z”l (Radomsker Rebbe; died 1866) asks: Why didn’t Bnei Yisrael heed Moshe? After all, we read above (4:31), “The people believed, and they heard that Hashem had remembered Bnei Yisrael and that He saw their affliction.”

He explains: In between the verse which says that Bnei Yisrael believed (4:31) and our verse (6:12), which says that they did not believe, Moshe told them that Hashem said (6:7), “I shall take you as My people and I shall be your Elokim.” The Zohar describes this as the first of, and the prerequisite to, all the Mitzvot: To know G-d. Bnei Yisrael did believe Moshe that Hashem wanted to redeem them; it was this commandment that they did not heed. Why? “Because of shortness of Ruach [literally, ‘breath,’ but here, ‘Ruach Hakodesh’] and hard work,” i.e., they did not believe they could attain the spiritual level that was being asked of them and that the work required would be too hard.

In this light, R’ Shlomo Hakohen answers the original question presented on the facing page. Moshe argued: If Bnei Yisrael had no self-confidence that they are capable of serving Hashem, how would Pharaoh be persuaded to let them go to do exactly that? Hashem accepted this argument, as we read: “Hashem spoke to Moshe and Aharon and commanded them . . . to take Bnei Yisrael out of the land of Egypt.” No mention is made of serving Hashem in the desert. That would come later. (Tiferet Shlomo)

R’ Mordechai HaKohen z”l (1523–1598; Tzefat, Eretz Yisrael; later, rabbi of Aleppo, Syria) asks: Why is Pinchas listed here, when he was not born yet? [He does not provide a source for that assertion.] He answers: A Midrash relates that when Leah said about Shimon (Bereishit 29:33), “Because Hashem has heard that I am despised,” she meant: One who despised–Zimri–will come from this child. One might have thought that the tribe of Shimon should not have been redeemed because of what Zimri would do. Nevertheless, the Torah tells us, because Pinchas would atone for Zimri’s sin, all of the tribes, even Reuven (who might have been unworthy for separate reasons) and Shimon would be saved. (Siftei Kohen)

R’ Eliezer David Gruenwald z”l (1867-1928; Hungarian rabbi and Rosh Yeshiva) asks: Why was this included in Moshe’s warning to Pharaoh? Obviously, if the Nile turns to blood, all of the fish will die!

He explains: Pharaoh’s magicians ostensibly mimicked the plague and turned water to blood. However, what they actually did was an illusion; the water did not turn to blood but just looked like blood. Anticipating that, Moshe warned Pharaoh, “When I turn the Nile to blood, it will be the real thing and the fish will die.” (Keren L’David)

This week, we continue excerpting from a letter that the noted Mishnah commentator, R’ Ovadiah Yarei z”l of Bartenura, Italy (approx. 1455-1515), wrote to his father and brother about his journey to Eretz Yisrael. This passage continues R’ Ovadiah’s description of the Jewish community and Bet Ha’knesset in Palermo, Sicily.

On the eastern wall is a beautiful stone structure like a cupola. They do not put the Sifrei Torah in an Aron, but rather in this structure. . . The structure has doors on the southern and northern sides, and two trustworthy people from the congregation are appointed to close and open the doors. In the center of the Bet Ha’knesset is a wooden Migdal / elevated area, which is where the Chazanim go to pray. The congregation has five hired Chazzanim who lead the prayers on Shabbat and Yamim Tovim with sweet tunes such as I have not witnessed in any place that I passed through. On a weekday, however, so few of them come to the Bet Ha’knesset that a child could count them. There are many rooms surrounding the Bet Ha’knesset–for example, the “Hekdesh,” where there are beds for the sick and for strangers from distant lands who have nowhere to sleep; the chamber of the Mikvah; the large and beautiful chamber of the B’rurim / “chosen” [i.e., community leaders], where they sit to judge and discuss communal issues. The congregation appoints twelve B’rurim every year, and they have authority from the king to tax, issue fines, and imprison. This has turned out to be a trap and stumbling block for them, because immoral people with no good reputation went to the king’s deputy and gave him gifts to appoint them as B’rurim . . .

I also saw that on the night of Yom Kippur and the night of Hoshanah Rabbah, after the Arvit prayer is completed, the two trustworthy people [in charge of the doors of the structure where the Torah scrolls are kept] open the doors in the north and the south. They sit there all night, until morning, and women come, family by family, to bow down and kiss the Sifrei Torah. They enter through one door and exit through the other, all night long. (Darchei Tziyon)