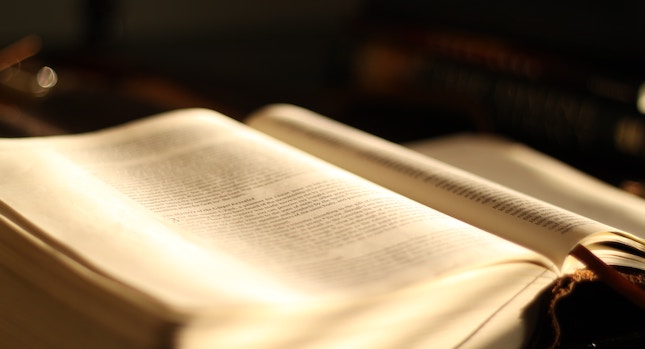 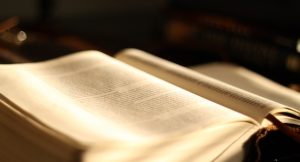 King Shlomo writes in Mishlei (4:7), “The beginning of wisdom is to acquire Chochmah / wisdom; from your every acquisition acquire Binah / understanding.” Rabbeinu Bachya ben Asher z”l (Spain; 14th century) writes: King Shlomo is teaching that one should acquire the wisdom of the Torah (i.e., Chochmah) before acquiring other forms of wisdom. And, after a person has acquired Chochmah, he must acquire Binah, which is the ability to “understand one thing from another,” i.e., to draw inferences from one’s knowledge. Indeed, without Binah, the acquisition of Chochmah is incomplete. Therefore, “From your every acquisition acquire Binah.” Even if it costs you everything, acquire Binah, for that is true wealth.

R’ Bachya continues: It was important for King Shlomo to teach us to acquire the wisdom of the Torah before acquiring other forms of wisdom because one who studies other subjects before studying Torah acquires false beliefs or values. In contrast, one who has a solid grounding in Torah study has a foundation upon which he can build using other wisdoms, and they will not harm him. R’ Bachya notes that the word “Teva” / “nature” is also the root of the verb “to drown.” The reason is that one who exposes himself to nature (science) before he has a solid grounding in Torah is doomed to drown in false beliefs. In particular, one must be aware that G-d controls the physical world and performs super-natural miracles as He sees fit.

It is to teach this lesson that Parashat Masei, which we read this week, opens with a list of the places where Bnei Yisrael camped, writes R’ Bachya (citing Rambam z”l). Lest one think the Exodus was a natural event and Bnei Yisrael camped at oasis in the desert, the Torah identifies the places where they stayed so that (when we knew where they were) we could see that they are desolate places where no one could survive for 40 years except through Divine intervention. (Commentary on the Torah)

R’ Samson Raphael Hirsch z”l (1808-1888; Germany) writes: “Nekamah” shares a root with “Kam” / “stood up.” The purpose this war was not revenge, throwing down the enemy. Rather, it was raising-up the downtrodden, the re-establishing of rights which have been trodden underfoot.(Commentary on the Torah)

The purpose of Bnei Yisrael’s travel through the desolate wilderness, a place of snakes, serpents and scorpions (Devarim 8:15), was so that they could appreciate that there is another type of Yir’ah, i.e., fear of physical things. They needed to know–as do we, hence we read of their travels–that such Yir’ah exists, even though it is not the ideal form of Yir’ah. Yir’at Ha’romemut / awe of G-d is the ideal, while Yir’ah / simple fear can be a stepping-stone to that higher level. Ultimately, though, one should fear nothing but Hashem. (Bat Ayin)

Below, we present verses from, and commentaries on, Psalm 49. A verse from Psalm 111 is discussed in the “Avot D’Rabbi Natan” section below.

“For the conductor, by the sons of Korach, a psalm. Hear Zot / this all you peoples, give ear all you dwellers of decaying earth.” (Verses 1-2)

Midrash Shocher Tov teaches: This is the same message as in the verse (Kohelet 11:7), “Sweet is the light, and it is good for the eyes to behold the sun.” Rabbi Yitzchak and Rabbi Abba bar Kahana [offer different interpretations]:

Rabbi Yitzchak says: What is sweet? The light of Olam Ha’ba / the World-to-Come. Fortunate is the person who has good deeds and will see that light, as is written (Shoftim 5:31), “Those who love Him will be like the sun rising in its might.”

Rabbi Abba says: What is sweet? The words of Torah, which is compared to light, as is written (Mishlei 6:23), “A Mitzvah is a candle, and Torah is light.” Fortunate is the person who sees the Halachah as white as snow! [See below.] Why? Because there is no limit to the reward for Torah . . . In the future, the Jewish People will say to the nations of the world, “We merited [receiving our reward] because we toiled in Torah study. Look how much good we received on its account, as is written (in our verse), ‘Hear Zot / this all you peoples,’ and it is written (Devarim 4:44), ‘Zot / This is the Torah!’”

What does it mean to “see the Halachah as white as snow”?

Rashi z”l (to Kohelet 11:7) writes that it refers to understanding the Halachah clearly.

R’ Aharon Moshe Padua z”l (1805-1867; Karlin, Belarus) writes that it means fulfilling what is written in the Torah. (Beur Ha’Ram)

Rabbi Chanina ben Dosa says: “If one’s Yir’at Chet / Fear of Sin precedes his wisdom, his wisdom will be preserved, as is written (Tehilim 111:10), ‘The beginning of wisdom is Fear of Hashem’.” (Chapter 22)

It is not plausible, writes R’ Gottlieb, that each of the above statements argues with all the others. Rather, these statements should be understood as referring to different stages in a person’s development. He explains:

The lowest level of Yir’ah is “Fear of Sin”–also called, “Fear of Punishment.” Our Sages say, “An empty person cannot fear sin.” Necessarily, some Torah learning, some awareness of G-d and His deeds, is a prerequisite to this fear.

However, that Torah learning can be very simplistic, just the stories. It does not yet qualify as “wisdom.” In order to have lasting wisdom, Rabbi Chanina teaches, one must first have Fear of Sin.

After one has acquired wisdom, he is ready for a higher level: Yir’at Shamayim / Fear of Heaven. Indeed, if one does not attain Fear of Heaven, his wisdom is of no value; it is like having the keys to the inner room but not the outer room. How can such a person get “inside”? In other words, what use is his intellect if he does not apply it to spiritual growth, which is the ultimate purpose of life?

On the other hand, concludes R’ Gottlieb, Yir’ah can be viewed as primary, for without spiritual growth, without conquering our urges, we are no better than animals. In that sense, Torah is the gatehouse to Yir’ah.

Ultimately, therefore, neither Torah nor Yir’ah can reach its fulfillment without the other! Indeed, for each higher level of Torah study that a person attains, he is expected to attain a higher level of Yir’ah as well. (Yad Ketanah: Introduction)