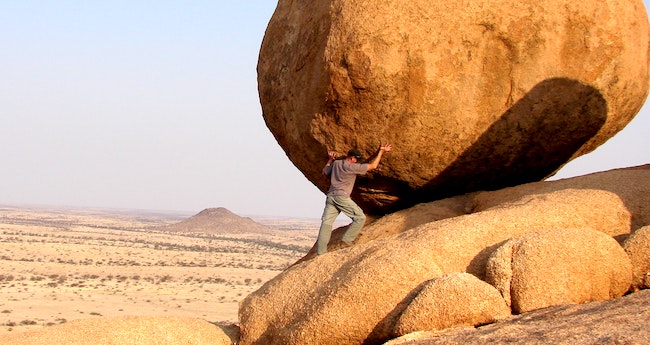 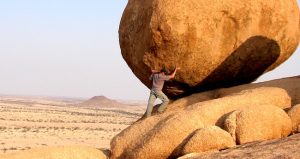 This week’s Parashah opens with the dedication of the Mishkan. We read (9:7), “Moshe said to Aharon, ‘Approach the Mizbei’ach / Altar and perform the service . . .” Rashi z”l writes: “Aharon was ashamed to approach. Moshe said to him, ‘Why are you ashamed? For this you were chosen!’” R’ Moshe ben Nachman z”l (Ramban; 1194-1270; Spain and Eretz Yisrael) elaborates: “Aharon was sanctified to Hashem. He had no sins on his conscience except for making the Golden Calf, but that sin was always at the forefront of his thoughts. Moshe therefore told him, ‘Have some pride and do not be so humble, for Hashem has already forgiven you’.”

R’ Shlomo Wolbe z”l (1914-2005) writes: It is true that our Sages have taught (Avot, Ch.4), “Be very, very humble!” We see here, however, that there is a limit to humility. When humility impedes a person’s service of Hashem, it is no longer appropriate. The first key to serving Hashem is to recognize one’s worth and importance. This is stated expressly in the work Sha’arei Ha’avodah which is attributed to Rabbeinu Yonah Gerondi z”l (Spain; died 1263): “The first step is for the person who is serving [Hashem] to know his own worth, to recognize his elevated level and the elevated levels of his forefathers, and their greatness and importance to the Creator and his affection for them. A person should then always strive and strengthen himself to live up to that level and to always act accordingly. If, G-d forbid, a person does not recognize his level and that of his ancestors, he can easily go in the ways of lawless people.” (Shiurei Chumash)

“Moshe said, ‘This is the thing that Hashem has commanded you to do; then the glory of Hashem will appear to you’.” (9:6)

The Midrash Torat Kohanim interprets: “Moshe said to Bnei Yisrael, ‘Remove that certain Yetzer Ha’ra from your hearts and be unified in your desire to serve G-d. Just as He is One, so your service should be uniquely for Him. If you do this, then the glory of Hashem will appear to you’.” [Until here from the Midrash]

What is “that certain Yetzer Ha’ra”? R’ Yitzchak Hershkowitz shlita (Israel) explains, citing several Chassidic works: When Bnei Yisrael heard that Hashem would reveal Himself to them on that day (i.e., the day of the dedication of the Mishkan), their hearts burned with impatient anticipation. That was the Yetzer Ha’ra to which Moshe referred, for it meant that their service of Hashem was motivated by a desire to attain lofty spiritual levels, not a desire to simply do G-d’s will. Moshe said, “If you want the glory of Hashem to appear to you, then you must serve G-d only because, ‘This is the thing that Hashem has commanded you to do’.”(Ha’mal’ach p.86)

R’ Zvi Elimelech Shapira z”l (the Bnei Yissaschar; died 1841) writes about the commandment not to ascend to the Mizbei’ach / altar on steps: In my opinion, this Mitzvah hints that a person should not seek lofty spiritual levels such as Ruach Ha’kodesh or the revelation of Eliyahu Ha’navi. If he is honored by Heaven with such attainments, he should thank Hashem, for He is good. However, one’s only intention should be to serve Hashem out of love and awe, and with simplicity, as a son serves his father and mother. If, G-d forbid, a person thinks he is worthy of lofty levels, his “account book” will be opened in Heaven, and his shame will be revealed. Therefore, a person should be content to do what he is commanded. (Derech Pikudecha: Mitzvat Lo Ta’aseh 41:11)

The Gemara (Chullin 66b) states: All species that have scales also have fins [and are kosher], but there are species that have fins and do not have scales [and are not kosher]. If so, why doesn’t the Torah just say that a fish is kosher if it has scales? [The Gemara answers, quoting a verse in Yeshayah (42:21):] “So that the Torah be made great and glorious.” [Until here from the Gemara]

R’ Nosson Yehuda Leib Mintzberg z”l (1943-2018; rabbi and Rosh Yeshiva in Yerushalayim and Bet Shemesh, Israel) ask: How does it make the Torah “great and glorious” to say something that seems to be completely unnecessary [i.e., that kosher fish have fins]?

He explains: The Torah is more than a practical how-to guide for performing Mitzvot. Were it only that, it would have sufficed for the Torah to say that a fish is kosher if it has scales [since such a fish necessarily has fins also]. However, the Torah is teaching us an additional truth–that a fish is kosher because it has fins and scales. Fins and scales are not merely signs that the fish is kosher; rather, for reasons that only Hashem knows, fins and scales are what make a fish kosher. The Torah is made “great and glorious” each time it teaches us an additional secret of Hashem’s creation, even if that information has no practical consequence. (Ben Melech Al Ha’Torah, Introduction p.15)

R’ Yaakov Zvi Mecklenburg z”l (1785-1865; rabbi of Koenigsberg, Germany) adds: The Gemara (Eruvin 29a) states expressly, “We do not learn Halachot from generalities, even when a Mishnah says, ‘All . . . except . . .’” One might think that since the Mishnah says, “Except . . . ,” it is identifying all exceptions, and the statement, “All . . . except . . . ,” should be taken literally; however, the Gemara teaches that that is not a proper way to interpret the words of our Sages. [Rather, we must rely on the classical commentaries to help us understand our Sages’ words.] (Ha’ketav Ve’ha’kabbalah)

“Shammai says: ‘Make your Torah study a fixed practice. Say little and do much, and receive everyone with a cheerful face’.” (Chapter 1)

R’ Chaim of Volozhin z”l (1749-1821) explains: Review your studies, and don’t say that you are bored by them, just as a storekeeper doesn’t get bored of sitting in his store day-after-day. Say, “Little!” — i.e., what I have learned already is very little. If you adopt that attitude, then you will “do much.” Moreover, this attitude will cause you to greet every person pleasantly, for you will assume that he has learned more Torah than you have. (Ruach Chaim)

Rabbah bar Machsaya said that Rav Chama bar Guria said that [the sage] Rav said: If all the seas were ink, all the reeds were quills, all the heavens were parchments, and all humans were scribes, it would not be possible to record the depth of “Rashut.” What verse teaches this? Rav Mesharshiya said: “The heavens for height, the earth for depth, and the heart of kings cannot be fathomed” (Mishlei 25:3). (Shabbat 11a)

Rashi z”l understands “Rashut” to mean “government,” and he explains: The depth of kings’ hearts cannot be fathomed, for, in one day, they must focus on many different provinces: here, collecting taxes; there, wars; in another place, justice.

R’ Yitzchak Isaac Chaver z”l (1789-1852; rabbi of Suvalk, Lithuania) explains differently: It is a given that Hashem created the world for a reason. Therefore, it is incumbent upon us to discover as much of that reason as we can. But, Hashem’s reason is not like the reason why a human does something. Humans make new things because there is something missing in their lives. Not so Hashem, who lacks nothing and needs nothing!