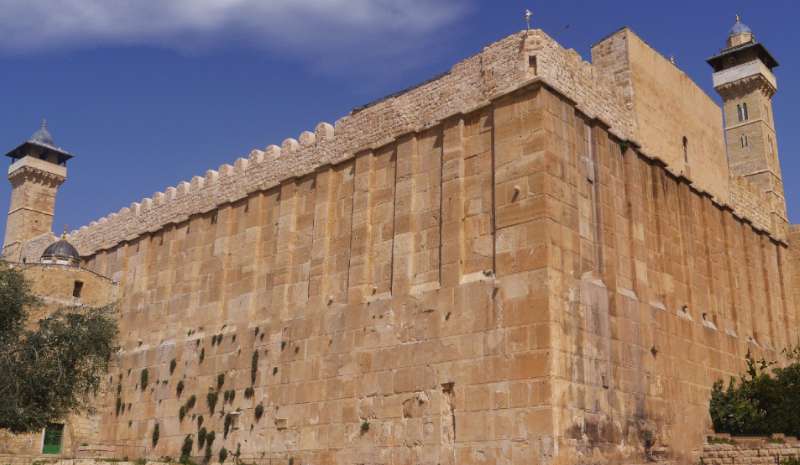 The Price of Holiness 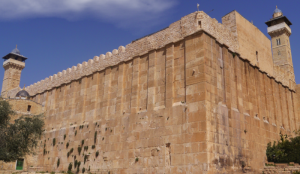 R’ Nosson Sternhartz z”l (1780-1845; foremost student of R’ Nachman of Breslov z”l) explains: Precisely because Me’arat Ha’machpelah is such a holy place, it was surrounded by forces of impurity as long as Ephron owned it. [It is a prerequisite to man’s having free will that the forces of purity and impurity in the world be approximately equal.] Avraham wished to elevate the cave to its appropriate level of holiness (see Rashi to 23:17). However, this required that he pay for the cave, since holiness cannot be attained for nothing. For the same reason, King David refused to accept the site of the Bet Hamikdash from its then-owner as a gift; he insisted on buying it. And, for the same reason, the Zohar teaches that a person should make a point to purchase Mitzvot. (Likkutei Halachot: Hil. Matanah 4:4, 11)

R’ Yisrael Meir Kagan z”l (the Chafetz Chaim; died 1933) writes similarly: The Zohar teaches, “One who wants to engage in a Mitzvah, and to engage with the Holy One Blessed is He, should not seek to do so for free. Rather, he should expend his resources to the extent of his ability.” Therefore, the Chafetz Chaim continues, it is wrong for people to form a breakaway Minyan where Aliyot are given away for free, rather than participate in the auction taking place in their Shul. Indeed, on a practical level, when one pays for an Aliyah, he effectively performs multiple Mitzvot–not only reciting a blessing over the Torah, but also lighting or heating the Shul through his donation. (Ahavat Chessed II ch.16)

“I am an alien and a resident among you; grant me an estate for a burial site with you, that I may bury my dead from before me.” (23:4)

R’ Dovid Feinstein z”l (1929-2020; Rosh Yeshiva of Mesivtha Tifereth Jerusalem in New York and a leading Halachic authority, who passed away last week) writes: Many commentaries note the seeming contradiction in calling oneself both an “alien” and a “resident.” Perhaps, Avraham meant the following: You Hittites consider me to be an alien because I moved here from Charan, and you probably think that I should take Sarah back there and bury her with her ancestors. However, Hashem has promised to give this land to my descendants after 400 years of exile. Then we will be residents here, so I claim the right to bury Sarah in the land where her offspring will live.

R’ Feinstein adds: This may explain how Ephron came up with a price of 400 Shekalim for Me’arat Ha’machpelah and the surrounding field. The Torah establishes the value of a plot of land as one Shekel per year. [The Torah is referring to a plot of land having a specific agricultural output, which is how land area was measured in Biblical and Talmudic times.] Perhaps Ephron viewed the price as a rental fee of one Shekel per year for the approximately 400 years — a total of 400 Shekalim — until Avraham’s descendants would actually take ownership of the cave and field away from Ephron’s descendants. (Kol Dodi)

“Ve’hayah / Let it be that the maiden to whom I shall say, ‘Please tip over your jug so I may drink,’ and who replies, ‘Drink, and I will even water your camels,’ her You will have designated for Your servant, for Yitzchak; and may I know through her that You have done kindness with my master.” (24:14)

The Gemara (Chullin 95b, as explained by Rashi z”l) teaches that the test Eliezer used to find Rivka did not violate the Torah’s prohibition on divination because Eliezer did not actually rely on it. R’ Naftali Hertz Weisel z”l (1725-1805; German banker, and a prolific author of works of Torah commentary, Hebrew grammar, and Mussar) elaborates: Our verse is not a definitive statement: “The maiden who responds thus is the right girl for Yitzchak.” Rather, it is a prayer: “Please, G-d, arrange that the girl who responds thus will be none other than the girl who is meant to marry Yitzchak.” Eliezer knew that he was not a prophet, and he did not expect Hashem to inform him in a supernatural manner who was the right girl. Rather, Eliezer had every intention of interviewing the girl before selecting her; he was merely praying that Hashem save him trouble and send the right girl immediately. This explains why our verse begins with a masculine form of the verb (“Ve’hayah”). The subject of the verb is the matter about which he was praying (“Let it be so”), not the girl, which would be the case if it said, “Ve’hayta” / “She will be [the one You have designated].” (Imrei Shefer)

“I came today to the spring and said, ‘Hashem, Elokim of my master Avraham, if You would graciously make successful the way on which I go.” (24:42)

Rashi z”l writes: The ordinary conversation of the Patriarchs’ servants is more pleasing to Hashem than even the Torah of their children. Thus, Eliezer’s retelling of how he came to the well in search of a wife for Yitzchak is presented in all its detail, whereas many important Halachot are derived only from slight hints in the text. [Until here from Rashi]

R’ Yosef Yozel Horowitz z”l (1847-1919; the Alter of Novardok) elaborates: The primary goal of the Torah is to teach Tikkun Ha’middot / perfection of character traits, and Eliezer’s story demonstrates how he perfected his character. Specifically, our Sages teach that Eliezer hoped that Rivka would refuse to marry Yitzchak, and that Yitzchak would marry Eliezer’s own daughter instead (see Rashi on verse 41). By telling the story of Eliezer’s mission in painstaking detail, not once, but twice, the Torah is highlighting how Eliezer overcame his self-interest and faithfully did what Avraham expected of him. Eliezer even went out of his way to ensure that he would not become distracted from his mission; for example, saying (verse 33), “I will not eat until I have spoken my piece.” (Madregat Ha’adam: Ma’amar Chesbon Ha’tzeddek, ch.7)

“Her brother and mother said, ‘Let the maiden remain with us a year or ten [months]; then she will go.’

“They said, ‘Let us call the maiden and ask her decision.’

R’ Shlomo Kluger z”l (1785-1869; rabbi of Brody, Galicia) explains: The Gemara (Ketubot 57b) learns from our verse that a bride is entitled to twelve months to prepare for marriage. [The Gemara is referring to the practice in Talmudic times that the two parts of the wedding ceremony–Erusin / giving the ring or other item of value and Nisuin / entering the Chuppah–were performed one year apart. After Erusin, the couple was legally married, but did not live together. Today, we perform both parts of the marriage at once.] After Eliezer gave Erusin gifts to Rivka as Yitzchak’s agent, Rivka was entitled to wait a year before completing the marriage ceremony. Nevertheless, she chose to forego that waiting period.

Bnei Yisrael should have been in Egypt 400 years, but, in the merit of Rivka’s not waiting, Hashem took them out early. (Chochmat Ha’Torah)

This week, we present an excerpt from the essay, “Understanding Jewish Prayer,” by R’ Jonathan (Yaakov Zvi) Sacks z”l (1948-2020; former Chief Rabbi of the United Hebrew Congregations of the British Commonwealth, who passed away last week). The essay is R’ Sacks’ introduction to the Koren Siddur.

Prayer is the language of the soul in conversation with G-d. It is the most intimate gesture of the religious life, and the most transformative. The very fact that we can pray testifies to the deepest elements of Jewish faith: that the universe did not come into existence accidentally, nor are our lives destined to be bereft of meaning. The universe exists, and we exist, because someone – the One G-d, Author of all – brought us into existence with love. It is this belief more than any other that redeems life from solitude and fate from tragedy.

In prayer we speak to a presence vaster than the unfathomable universe, yet closer to us than we are to ourselves: the G-d beyond, who is also the Voice within. Though language must fail when we try to describe a Being beyond all parameters of speech, language is all we have, and it is enough. For G-d who made the world with creative words, and who revealed His will through holy words, listens to our prayerful words. Language is the bridge joining us to Infinity.

[R’ Yehuda Halevi z”l], the great eleventh-century poet [and author of Kuzari], said that prayer is to the soul what food is to the body. Without prayer, something within us atrophies and dies. It is possible to have life without prayer, just as it is possible to have life without music, or love, or laughter, but it is a diminished thing, missing whole dimensions of experience. We need space within the soul to express our joy in being, our wonder at the universe, our hopes, our fears, our failures, our aspirations – bringing our deepest thoughts as offerings to the One who listens, and listening, in turn, to the One who calls.