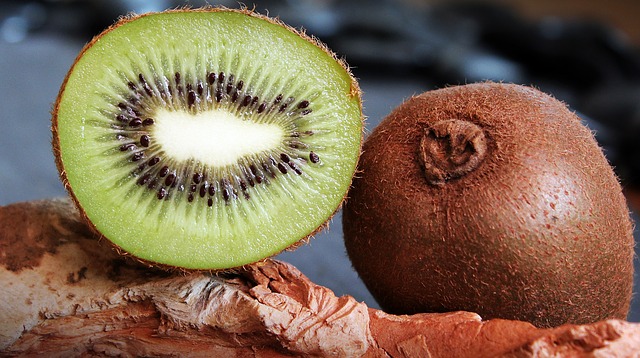 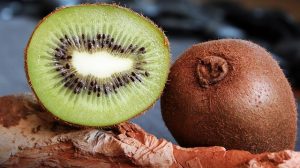 In this week’s Parashah, Balak hires Bil’am to curse Bnei Yisrael. Bil’am declares, however (23:8), “How can I curse? Elokim has not cursed! How can I express anger? Hashem is not angry!” R’ Yitzchak Isaac Chaver z”l (1789-1852; rabbi of Suvalk, Lithuania) explains Bil’am’s words as follows: It is impossible for me to curse Bnei Yisrael, for the Source of All Blessings dwells among them. “Bad” is the absence of Hashem’s revelation, as we read (Devarim 31:17), “I will conceal My face from them and [then] they will become prey.” A curse, Bil’am understood, can take hold only where Hashem’s “presence” is absent. Where Hashem is present, there is no anger, as we read (Divrei Ha’yamim I 16:27), “Might and joy are in His place.”

When Hashem conceals Himself, the agents of Strict Justice are permitted to operate. They are known as Hashem’s “anger,” R’ Chaver writes. The degree to which Hashem conceals Himself determines the extent to which “anger” can rule. Even when Hashem is “angry,” the world continues to exist, because Hashem does not absent Himself completely. Instead, He draws a line, so-to-speak, as if to say: “The messengers of Strict Justice can operate until here, but no farther.”

Bil’am continued (verse 9): “For from its origins, I see it rock-like, and from hills I do see it.” The “rock,” say our Sages, is a reference to Avraham Avinu. Hashem does not “dwell” with an ordinary individual, for he is incomplete; He dwells only with the nation as a whole. Bil’am was acknowledging why the Divine Presence was found among Bnei Yisrael–it was because of the unity and “wholeness” that came from being descendants of one man: Avraham. (Drush L’Shabbat Ha’gadol)

R’ Moshe Yehoshua Hager z”l (1916-2012; Vizhnitzer Rebbe) writes allegorically: “Hinei” (Heh-Nun-Heh) is an acronym of “Ha’Shabbat noam ha’neshamot” / “the Shabbat is the pleasure of the souls.” Through observing Shabbat, our verse hints, one can come out of his own “Mitzrayim,” i.e., his personal physical and spiritual troubles.

This, of course, presumes that one observes Shabbat correctly. “Shabbat” (Shin-Bet-Tav) is an acronym of “Shabbat bo tashuv” / “on Shabbat you will return [to Hashem].” In particular, Shabbat is a time for repentance, and one who repents gets a clean slate. In this vein, the Vizhnitzer Rebbe quotes his father, R’ Chaim Meir Hager z”l (1887-1972; the prior Vizhnitzer Rebbe): “We read (Vayikra 9:1), “Va’yehi / And it happened on the eighth day. . .” The Gemara (Megillah 10b) teaches that the word “Va’yehi” is an expression of sadness. Allegorically, the verse is stating: How sad it is when a person has an “eighth” day! Had he repented properly on Shabbat, Shabbat would have been followed by a “first” day, i.e., a clean slate, not by an eighth day. (Yeshuot Moshe)

R’ Shlomo Oheiv z”l (Ragusa, Italy; late 1500s) writes: Commentaries ask why Balak said, “Do not refrain from going to me,” when he should have said, “Do not refrain from coming to me.” It appears to me, writes R’ Oheiv, that this was intended to show honor to Bil’am. Generally, a lesser person “comes” to a greater person. Therefore, Balak did not say to Bil’am, “Come to me.” Rather, Balak used words that could be understood to mean, “As you are going about your own business, please go in my direction.” (Shemen Ha’tov)

“The angel of Hashem stood in the path of the vineyards, a fence on this side and a fence on that side.” (22:24)

Rashi z”l writes: The term “Gader” / “fence,” without further definition, is one of stone. [Until here from Rashi]

He answers: Kabbalists say that Bil’am was a Gilgul / reincarnation of the soul of Lavan, who had taken an oath (Bereishit 31:52), “This mound [of stones] shall be witness, and the monument shall be witness, that I may not cross over to you past this mound . . .” The mound of stones became the fence on either side that tried to remind Lavan/Bil’am of his oath.

In this light, R’ Luria adds, we can understand Bil’am’s words (23:20), “Behold! to bless have I received–He has blessed, and I shall not contradict it.” Besides referring to Hashem, this verse can mean: It was my desire to bless Bnei Yisrael, as we read (Bereishit 32:1), “Lavan awoke early in the morning; he kissed his sons and his daughters and blessed them.” I cannot now retract that blessing and curse them. (Meshivat Nafesh)

“Balak said to him, ‘Go now with me to a different place from which you will see them; however, you will see its edge but not see all of it–and you will curse it for me from there’.” (23:13)

R’ Shmuel Zanvil Chaim Turner z”l (Poland; late 19th century) writes: Balak was telling Bil’am, “Look only at the fringes, at the lowliest members, of the Jewish People, for it is impossible to curse all of Bnei Yisrael.” As a whole, the Jewish People’s deeds are beautiful, for they compensate for each other’s shortcomings.

This, writes R’ Turner, is the meaning of the well-known verse (Yeshayah 60:21), “And your people, they are all righteous . . .” As a whole, all of the Jewish People are righteous. Likewise, this is the meaning of the verse (Shir Ha’shirim 4:7), “All of you is beautiful, My beloved, and there is no blemish in you.” (Derech Chaim: She’eirit Yehuda)

R’ Avraham Yitzchak Hakohen Kook z”l (1865-1935; first Ashkenazic Chief Rabbi of Eretz Yisrael) writes: The great love that we have for our people does not blind us to its faults. However, even after the most exacting inspection of those faults, we still find our people to be free of inherent blemishes, as it is written (Shir Ha’shirim 4:7), “All of you is beautiful, My beloved, and there is no blemish in you.” (Orot Yisrael 4:3)

R’ Nachman of Breslov z”l (1772-1810; Ukraine) writes: The most pitiful thing is when Yisrael, the holy nation, falls into sin, may Heaven protect us. All the suffering in the world is nothing compared to the weight of sin.

He continues: One who knows the holiness of Yisrael–from whence they come, their spirituality, and their fine nature–knows how removed they are from sin. Given their great holiness, sin has no connection to them at all.

How then does one of Yisrael sin? Rabbi Nachman asks. It happens only when his Da’at / sense fails him. The Gemara (Sotah 3a) teaches: “A person does not sin unless a spirit of lunacy has entered him.” Thus, a sinner deserves our pity and our help returning to his sense. (Likkutei Moharan II 7:3)

We read in the Aseret Ha’dibrot (Shmot 20:8, 11), “Remember the Shabbat day to sanctify it. . . for in six days Hashem made the heavens and the earth, the sea and all that is in them, and He rested on the seventh day. Therefore, Hashem blessed the Shabbat day and sanctified it.” R’ Moshe Mes z”l (Przemsyl, Poland; died 1606) observes: The Torah does not give a reason for any of the other “Ten Commandments.” Why does the Torah give a reason for the Mitzvah of Shabbat?

He answers: Midrash Rabbah relates that, when Bnei Yisrael were slaves in Egypt, Moshe convinced Pharaoh that even slaves need a day off. Pharaoh told Moshe to pick a day, and Moshe responded that it is not productive to work on the seventh day of the week because of the alignment of the stars on that day. Lest we think that the Mitzvah of resting on Shabbat is for our health or because of the stars’ alignment, the Torah makes clear that it is not so. Says the Torah: The reason for observing Shabbat is that doing so testifies that Hashem created the world.

The same is true of the Shemittah year. We might have thought that the purpose of leaving our fields fallow is so they will rest and rejuvenate. No, says the Torah, it is a “Shabbat La’Hashem” / “a Sabbath for Hashem” (Vayikra 25:2). It may very well be good for the land to rest one year out of seven, but that is not the reason for this Mitzvah. Rather, like resting on the seventh day, resting in the seventh year testifies to Creation. (Mateh Moshe 473)