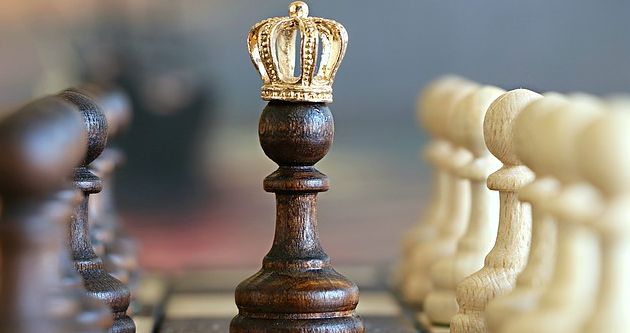 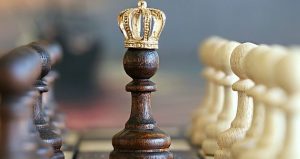 Sponsored by
Martin and Michelle Swartz on the yahrzeit of Martin’s grandmother Elise Hofmann (neé Kemeny) a”h (3 Shevat)
The Vogel family on the yahrzeits of Yisrael ben Elimelech Vogel Hy”d and the other Kedoshim of Oleszyce, Galicia Hy”d
Steve and Pauline Jaffe on the Sheloshim of his mother Marian Jaffe a”h

At the end of last week’s Parashah, Moshe questions Hashem: “My Master, why have You done evil to this people, why have You sent me? From the time I came to Pharaoh to speak in Your Name he did evil to this people [by increasing their workload], but You did not rescue Your people.” At the beginning of this week’s Parashah, Hashem answers Moshe, saying: “I am Hashem,” and “You shall know that I am Hashem.” These verses emphasize the Divine Name that alludes to G-d’s Attribute of Compassion, indicating, commentaries say, that the increased workload actually was the result of Hashem’s compassion, for it allowed the Exodus to take place sooner, before Bnei Yisrael sank into spiritual oblivion.

R’ Mordechai Goldstein z”l (1931-2016; founder and Rosh Yeshiva of the Diaspora Yeshiva in Yerushalayim) writes: It is a given that Moshe Rabbeinu was not questioning the justice of Hashem’s ways. Rather, Moshe’s immense love and compassion for the Jewish People caused him to be pained by their suffering. A leader should be able to sense and experience the feelings of those he is leading. Indeed, Midrash Kohelet Rabbah teaches that when Moshe Rabbeinu met Yehoshua upon descending from Har Sinai, and Yehoshua mistook the sounds of revelry before the Golden Calf as sounds of war, Moshe rebuked him: “You are destined to lead the Jewish People! How can you not distinguish between different emotions they are feeling?”

Yet, a leader needs to know that he is Hashem’s agent, not the people’s servant. His orders come from Hashem, not from the people’s will or whims. Thus, the prophet Shmuel rebuked King Shaul: “You may be small in your own eyes, but you are the King!” Moshe was right to feel the people’s pain, but when he repeated their complaints to Hashem in a questioning way, he was, in effect, taking orders from them, not from Him. It is for this that the Gemara (Sanhedrin 111a) teaches Moshe was punished. (Imrei Mordechai I, p.145)

“I appeared to Avraham, to Yitzchak, and to Yaakov as Kel Shakkai, but by My Name Hashem (Y-K-V-K) I did not make Myself known to them.” (6:3)

R’ Yitzchak Karo z”l (1458-1535; Spain, Portugal and Turkey; uncle of R’ Yosef Karo z”l) asks: There are many verses in which Hashem appears to the Patriarchs, or they address Him, using the Name Hashem! (See, for example, Bereishit 15:7 & 25:21.) Also, this verse implies that the Patriarchs were not as great as later generations, to whom G-d did appear as Hashem!

He explains: The Name “Kel Shakkai” means, “He told the world, ‘Enough!’” — i.e., He is the Creator who drew boundaries for each part of Creation. That Hashem appeared to the Patriarchs using this Name means that they knew intellectually that He is the Creator. That intellectual understanding was sufficient to solidify their belief in Him. Hashem never needed to prove to the Patriarchs that He created all that exists, which is what appearing through the Name Y-K-V-K represents–containing, as it does, the letters Heh-Vav-Heh, meaning “existence.”

R’ Karo concludes: The Patriarchs knew the Name Hashem, but they never “experienced” it. They simply did not need proof that Hashem had created the world in order to believe in Him. The Generation of the Exodus was on a lower level; they did need to experience the Name Hashem, to see proof through supernatural miracles that He is the Creator. (Toldot Yitzchak)

R’ Chaim continues: Even Hashem’s so-called real Name (Y-K-V-K) does not refer to His essence, only to His connecting with the created world as the “One Who Is, Was, and Will Be, and Who Brings All of Existence Into Being” (all words alluded to by the Hebrew letters of the Name Y-K-V-K). As for His essence, we are incapable of knowing anything about it, and we have no name or adjective to describe it. (Nefesh Ha’Chaim II 2)

There was no way that any wonder Moshe and Aharon would perform would sway Pharaoh. Rather, Pharaoh would ask them for a wonder only in order to mock them. Measure-for-measure, Moshe and Aharon performed a wonder that they knew would make no impression, simply so that Pharaoh could dig himself in deeper and give Hashem a reason to take Bnei Yisrael out of Egypt with more and greater wonders. (Machazeh Avraham)

“Moshe spoke before Hashem, saying, ‘Behold, Bnei Yisrael did not listen to me, so how will Pharaoh listen to me, and I have damaged lips?!’” (6:12)

R’ Yeshayah Reiniger z”l (1782-1857; Hungary) explains Moshe’s argument as follows: Moshe believed that Pharaoh did not listen to him because Pharaoh reasoned, “If your G-d is as great as you say, why would he have a spokesman (Moshe) who has a speech defect?” Also, Moshe was very pained that, because of him, Pharaoh had increased Bnei Yisrael’s workload, as described at the end of last week’s Parashah. Therefore, Moshe said, “Behold, Bnei Yisrael did not listen to me [because they are overwhelmed by the hard work that Pharaoh assigned them after I came to him the first time], so how will Pharaoh [react now, if I ask him again to] listen to me [given that] I have damaged lips!’” (Chiddushei Rabbi Yeshayah)

“Whoever among the servants of Pharaoh feared the word of Hashem chased his servants and his livestock to the houses.” (9:20)

R’ Yosef Yozel Horowitz z”l (1847-1919; the Alter of Novardok) writes: This is hard to understand! Everyone had experienced that every single one of Moshe’s warnings came true, to the letter. If so, why did only those who were G-d-fearing bring their slaves and flocks inside when Moshe warned (verse 19), “All the people and animals that are found in the field that are not gathered into the house–the hail shall descend upon them and they shall die”?! Also, the verse says that those who did bring their property inside did so because they “feared the word of Hashem,” implying that they feared they would be punished if they did not obey Hashem’s warning. Shouldn’t they have brought their belongings inside simply because they feared the upcoming hail?

The Alter explains: Even a seemingly advanced level of Yir’at Hashem / fear of G-d is subject to being overpowered by a person’s own biases. Specifically, when a person fears or reveres Hashem because his intellect tells him it is the correct thing to do, his intellect also can tell him that some other value is more important in a given situation. The Egyptians knew intellectually that every one of Moshe’s predictions had come true and they should fear Hashem. Nevertheless, their love for their wealth competed with their intellectually-based Yir’ah and told them that an animal that grazes outdoors will be healthier and more valuable than an animal that is cooped-up in a barn. That bias was enough to erase the impressions that Moshe’s past predictions should have left on the Egyptians.

Only those who truly feared Hashem took their slaves and animals inside, concludes the Alter–not because they feared the hail, but because their Yir’ah was real, not merely an intellectual exercise. (Madregat Ha’adam: Ma’amar Yir’ah Va’ahavah ch.11)

R’ Avraham ben Ha’Rambam z”l (son of Maimonides; Egypt; 1186-1237) writes: We have learned that a person with Bitachon works to earn a livelihood, all the while understanding that his success is decreed by Hashem. One might ask, therefore: If Hashem has already decreed that I will earn a living, I will earn that living, so why bother developing the trait of Bitachon?

R’ Avraham answers: Although sustenance is decreed for every person, one’s sins or merits can alter the decree or affect how it is implemented. In an extreme case, sinning can lead to a person dying of hunger. More commonly, one who sins may need to work harder to obtain the level of sustenance that was decreed for him than he would have needed to work had he not sinned. Conversely, merits can lead to a person obtaining extra sustenance, or they can help him obtain the same level of sustenance with less effort. Both of these points, the positive and negative, are supported by many verses in the Torah and Prophets, R’ Avraham notes.

R’ Avraham continues: We read, for example (Devarim 7:12-13), “This shall be the reward when you listen to these ordinances, and you observe and perform them; Hashem . . . will love you, bless you and multiply you, and He will bless the fruit of your womb and the fruit of your Land; your grain, your wine, and your oil; the offspring of your cattle and the flocks of your sheep and goats.” One who has Bitachon is obeying Hashem; therefore, Hashem will bless his belongings so his livelihood comes more easily. (Ha’maspik L’ovdei Hashem, ch. 8)