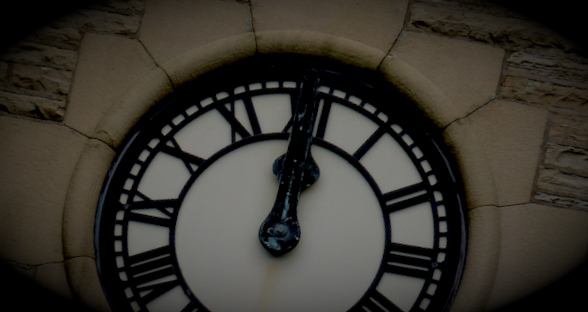 The Stroke of Midnight 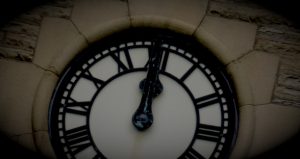 Egypt was in ruins, utterly devastated by the first nine plagues. The cities were reduced to piles of rubble, with dead and wounded everywhere. Bloated carcasses of livestock littered fields denuded of crops and vegetation. The rivers and irrigation ditches were polluted and lifeless. Now it was time to administer the coup de grace. The tenth and final plague, the death of all the firstborn, would sweep away the last vestige of resistance in Egyptian hearts, and they would finally release the Jewish people from bondage.

Why did he do this? The Sages explain that Moses was concerned the Egyptian astrologers might be somewhat less than accurate in their time-keeping. It was thus possible that the plague would indeed commence precisely at the stroke of midnight but that the astrologers would think it was a few minutes before or after midnight. Pharaoh might then be encouraged to mock Hashem’s might by accusing Him of being off in his timing and continue to resist. Therefore, in order to defend the honor of Hashem, Moses told him the plague would take place “near midnight.”

It is utterly amazing that even at this point Pharaoh would find it in himself to continue to deny the power of Hashem and refuse to let the Jewish people go. How could a mere few minutes on the clock lead him to ignore the overwhelming evidence of his shattered country and the ubiquitous corpses of the firstborn, just as Hashem had warned?

There can be only one explanation. The total irrationality of the human ego under attack. Faced with total humiliation and defeat, Pharaoh sought desperately for the merest straw to grasp, no matter how insubstantial, no matter how irrational. As long as there was even the slightest flaw in the execution of the plague, he could delude himself into believing he could be ultimately victorious, if only he did not lose heart. Reason and good sense had absolutely nothing to do with it. No matter how absurd continued resistance appeared to wiser heads, he would refuse to capitulate.

While listening to the traffic report on the radio, an elderly woman heard that a car had entered the wrong way on an exit ramp of a major highway and was traveling against the flow of traffic. Suddenly, the woman realized that her husband was driving on that very highway.

In a panic, she called him on the car phone to warn him.

“There’s a crazy guy driving the wrong way on your highway,” she asked. “Watch out for him.”

“One crazy guy?” he screamed back into the phone. “There are hundreds of them, all coming towards me.”

In our own lives, we have the tendency of going to great lengths in our own defense, like the man driving down the wrong side of the highway and calling everyone else crazy. Rather than admit to our own shortcomings and limitations, our natural inclination is to justify our actions and positions, even at the cost of viciously attacking opponents and detractors. If we were to stop and consider the wisdom of such a reaction, we would have to admit that it is irrational to defend an erroneous position rather than admit our error and go on. We would also have to face the possibility of damaging relations with spouses, families, friends or associates, or otherwise inflicting gratuitous damage. But the ego is a harsh master, and only when we gain control of it can we be said to be truly free. Text Copyright © 2010 by Rabbi Naftali Reich and Torah.org.