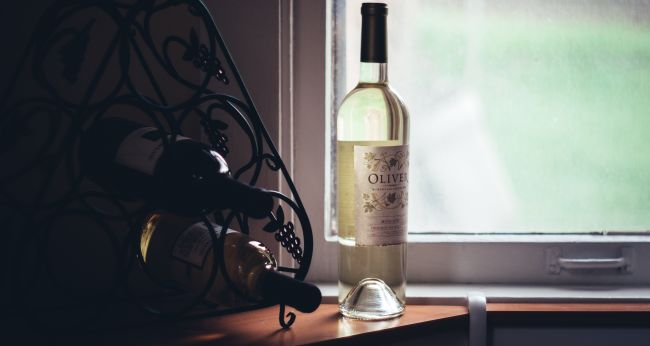 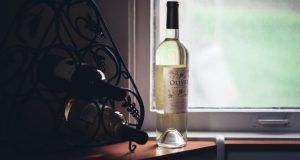 The world is devastated, every last vestige of civilization washed away by the Great Flood. There are no people, no buildings, no roads, no crops, no cultivated land, only a great wooden ark perched incongruously on a mountaintop.

The door to the ark slowly swings open, and Noah steps out onto dry land for the first time in forty days. He looks about him at the endless expanse of ruination, and he realizes he must begin the work of reconstruction immediately. What does he do? The Torah relates, “And Noah, man of the earth, demeaned himself and planted a vineyard; he drank of the wine and became drunk.” One thing led to another. Noah’s son Ham took advantage of his father’s inebriated condition and acted disgracefully toward him, thereby giving rise to the curse of Ham and his son Canaan.

The point of this entire episode is clearly to give the historical background for the depravity that would characterize Canaanite society, the nemesis of the Jewish people, for thousands of years. Why then wasn’t it sufficient to tell us simply that Noah became drunk? Why does the Torah find it necessary to tell us that he obtained wine for his cups by planting a vineyard? And what if he had had a barrel stored away on the ark? Would the situation have been any different?

The commentators explain that a person is a complex mass of interests, biases and drives that often obscure the true nature of his soul, very often even from himself. Going off in all directions, some good and some not so good, pursuing this, that and the other, he presents a confusing, multi-hued image. Which of those manifestations represent the real identity that lies within? It is difficult to determine. But there are some defining moments when he does not find it necessary to posture for other people and he is able to focus completely on his own interest. It is moments like these that the true nature of his essence becomes manifest.

Noah spent forty tempestuous days in the close confines of the ark, and now for the first time, he once again sets foot on terra firma. As he looks around at the vast wasteland, where is his head? What thoughts and issues occupy his mind? What is the first thing he does? He plants a vineyard. So that is his true nature! That is what lies closest to his heart. And so by the very act of planting a vineyard Noah had already debased himself, long before he actually became drunk. And this debasement of his inner core, this lack of self-respect, triggered the awful disrespect of his son Ham.

A young man once came to a great sage and asked to become his disciple. “Please step into the synagogue for a moment,” said the sage.

“What did you see there?” asked the sage.

“I saw a foul-smelling window washer,” he replied.

“But why?” the young man protested. “Is it my fault that the fellow hasn’t had a bath in a month.”

“My dear young friend,” said the sage, “a high-minded man would have seen the beautiful ark, the holy books piled on the tables, the flickering eternal flame. Only a mean-spirited person would focus immediately on the foul smells emanating from the window washer.”

In our own lives, we are constantly dealing with the complexities and ambiguities of contemporary society. Very little is clearly black and white, and we often find ourselves making all sorts of compromises and accommodations. But we should always ask ourselves what we are deep inside. Where are our minds? Where are our hearts? As long as we are essentially spiritual and altruistic, as long as the values and ideals of the Torah are the focus of our lives, we will always find ourselves uplifted and enriched, regardless of the environment in which we find ourselves. Text Copyright © 2009 by Rabbi Naftali Reich and Torah.org.