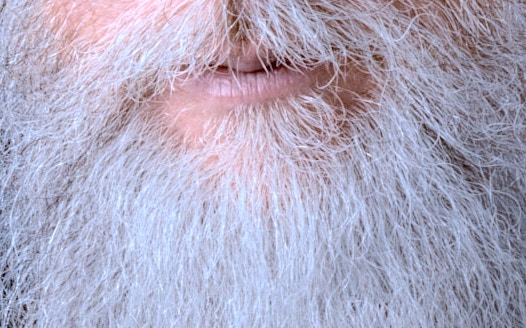 Behind the White Beard 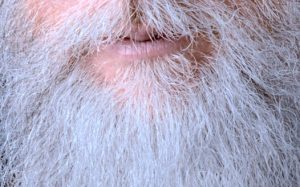 He must have been the epitome of a Jewish sage. His face must have glowed with a holy light. His beard must have been long and white, his eyes bright with wisdom. He commanded great respect among the people, both for his illustrious lineage and for his own righteousness. His name was Korach. He led a rebellion against Moses and was swallowed up by the earth. He is one of the most infamous men in Jewish history. How could such a thing happen? How could one of the leading Jewish sages of his generation stoop so low as to rebel against Moses?

The commentators explain that it all began quite innocently. Korach had a strong desire to be close to the Almighty, and he strove to achieve that goal through the study of Torah and the performance of the commandments. But then he saw that there was another avenue open to Moses and Aaron, an avenue that was closed to him. Moses and Aaron had the special privilege of serving the Almighty in the Mishkan, of entering the inner sanctums and treading on the most hallowed ground on the face of the earth. Korach was filled with a righteous envy. How he longed to serve the Almighty at the highest level possible. How yearned to be as close as possible to Him.

So what went wrong? After all, righteous envy (kinath sofrim) is a positive force that leads to excellence in spiritual achievements.

The commentators explain that true righteousness is selfless. If his motivations had been pure, he would have accepted the Almighty’s decision to delegate Aaron as the high priest, and he would have derived closeness to the Almighty from this very acquiescence. But somewhere deep inside, other motivations also lurked. In some sinister corner of his heart, he begrudged Moses and Aaron their honors and prestige. Perhaps he didn’t even admit it to himself, but his motives were not exclusively righteous. And in the end, they brought him down.

Listen closely to his revolutionary statement, and you can hear the jealousy clearly. “Why do you raise yourself above Hashem’s people?” Korach declared. “Why do you lord over them?” If he were only concerned about his own spiritual accomplishments, why focus on Moses? Why should he care about what Moses did or didn’t have? This is jealousy in its pure form, concerned that someone might have something better.

A certain village along a well-traveled route always had strangers staying for the Sabbath. The custom in the village was that householders would invite these strangers after the Friday night services in the synagogue. The president would be the first to choose his guest, and afterwards, the householders would extend invitations to the others.

A poor traveler once passed through the village and spent the Sabbath there. Friday night, he stood at the back of the synagogue waiting for someone to invite him for the meals. The president was talking to the rabbi.

One of the householders walked up to the traveler, shook his hand and extended an invitation. The traveler accepted gratefully.

Just then, the president turned around and saw what had happened.

“Did you see that?” he said to the rabbi furiously. “How dare that fellow extend an invitation before me. Maybe I wanted him as my guest!”

“My good fellow,” said the rabbi. “If you are really motivated by feelings of hospitality, then you should be happy for the traveler who now has a good place to stay. If you are upset, it must be that you were more concerned with your own pleasure than with the needs of the guest.”

In our own lives, we constantly need to evaluate and reexamine our own good deeds. We must look closely into ourselves to discover if we are acting for the higher good or if we are seeking honors and acclaim for our spiritual accomplishments. And we must always remember that selflessness is the surest route to closeness with the Almighty. Text Copyright © 2011 by Rabbi Naftali Reich and Torah.org.