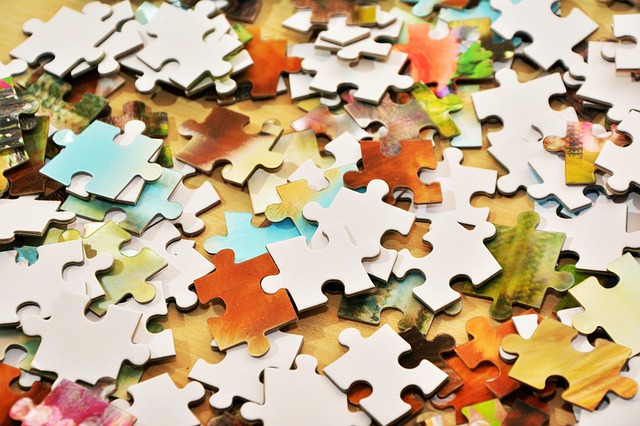 Piecing Together the Jigsaw Puzzle 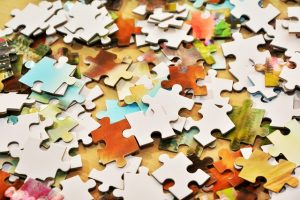 This week’s Parsha continues the gripping narrative of Yosef as he continues the drama of targeting his brothers as dishonest people, threatening to take Binyomin hostage in a trumped-up charge that he stole the viceroys special goblet.

The story reaches a climax when the brothers plead desperately with Yosef for Binyomin’s release. Finally, when tension has reached the breaking point, Yosef lowers the veil of the unrelenting ruler and reveals his true identity, announcing, “I am Yosef, who you sold as a slave to Egypt.” The brothers are dumbfounded. Suddenly, understanding dawns. The string of bizarre events befalling them in Egypt makes sense.

Many commentaries touch upon an interesting point. Why did Yosef have to rub salt on their wounds at this particular moment? He could have simply said “I am Yosef,” without reminding them of their past cruelty to him? The brothers certainly knew that they had sold him to Egypt. Why did he have to remind them of their treachery when he was about to try to reconcile with them?

The famous commentator, the Sfas Emes, offers the following insight. As Yosef revealed his true identity, the brothers were undoubtedly stricken with grief. The first stab of guilt was over having torn Yosef away form their father’s lap at a tender age. Although Yosef had obviously survived despite his immersion in Egyptian society, who knows how much spiritual poison it had infected him with? Had he remained under his father’s tutelage, who could tell what heights he might have reached!

Yosef reassured them on this score. I am Yosef, the person I was intended to become, he told them. Had I not been forced through the ordeal of being sold as a slave and having to rise above the decadence of Egyptian society I would not be Yosef. I could never have accomplished what I needed to accomplish; I would never have risen to the spiritual heights that I have attained. I only fulfilled my life mission by enduring the difficult trials to which I was subjected. Only because my faith was tested did my true mettle emerge. I am Yosef precisely because you sold me to Egypt!

Reflecting on the difficult trials we all face in our lives, this is a powerful message to keep in mind. The harrowing and inscrutable situations that test our moral and spiritual fiber will ultimately come together as a beautiful mosaic. Rather than succumbing to questioning the purpose of this or that challenge, or complaining that we don’t deserve a particular hardship, let us fortify ourselves with the knowledge that Hashem will ultimately reveal Himself and the pieces to His Divine plan will become clear. All the bitter and bewildering events will be part of a wondrous revelation. Let us use all of our spiritual resources to keep our faith intact.

Wishing you a warm and wonderful Shabbos,