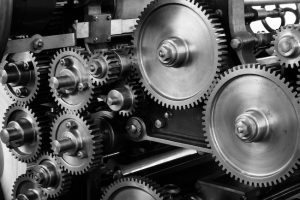 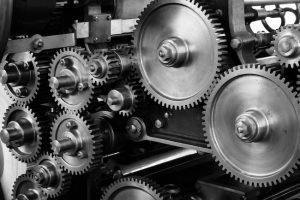 The Torah spends a great deal of time discussing the life of our forefather Avraham, and that of Yaakov. By comparison, Yitzchak receives relatively short shrift. The offering of Yitzchak as a Korban, a sacrifice, is primarily told as a test of his father. It is Eliezer, his father’s servant, who goes out to find Yitzchak a wife. And though I have not done a formal count, I strongly suspect that the Torah provides a longer account of Eliezer’s visit to the family of Besuel, Rivkah’s father, than the total of all verses directly discussing Yitzchak. Yitzchak meets and marries his wife at the end of last week’s reading, and this week begins by discussing “Toldos” Yitzchak, meaning his children Yaakov and Esav.

Much of what we hear about Yitzchak sounds very familiar. He is forced to hide his wife’s identity, fearing for his life. That is precisely what happened  to his father. We learn that Yitzchak goes back and digs the same wells that his father previously dug, which the Pelishtim had filled with dirt.

Even in appearance, Yitzchak was like his father. Rashi tells us, in his commentary to the first verse of our reading, that the mockers of Avraham’s time said that it must be that Sarah became pregnant from Avimelech, because she had been with Avraham for many years and only became pregnant after being briefly taken by Avimelech. To prove otherwise, G-d made Yitzchak look so profoundly similar to his father that no modern DNA test was needed to prove paternity.

So with all of the above, what is Yitzchak’s unique identity?

Our Rabbis teach that our forefathers were each paragons of a particular character trait. For Avraham, that was Chesed, kindness. He was so devoted to reaching out, to showing generosity to others, that he ran to welcome idolaters into his tent (or, angels that he believed to be idolaters) while suffering the worst day of recovery from his circumcision. Yaakov’s defining characteristic was Emes, truth, and thus the biggest tests for him were needing to mislead his father, and then deal with Lavan’s mendacity.

Yitzchak’s characteristic was Gevurah, strength. How did he show  that strength?

One answer is found in the very similarity to his father’s story, that we find above. Yitzchak’s mission was to hold firm to the teachings of his father, and prove that his father, though a uniquely great individual, would not be a “one off,” an “aberration,” a “blip on the radar.”

We learn that Yaakov, when he ran from Esav, went to study with Noach’s son Shem and grandson Ever. Shem and Ever were great men, they knew Torah through prophecy, yet they were unable to transmit righteousness to their descendants. Yitzchak was able to take what he learned from Avraham, and give it to Yaakov. Yitzchak is the linchpin tying grandfather to grandson, creating the “threefold chain” which, our Sages teach, “is not easily broken.

In last week’s reading, when Rivkah comes to Yitzchak, he marries her, and loves her, and “is consoled after his mother.” Rashi tells us that during Sarah’s lifetime, she would light the Shabbos candles, and they would continue burning until the eve of the following Shabbos. She would bake loaves, and they would be blessed. The cloud of the Divine Presence rested by the tent. When Sarah passed away, all of these three things stopped. But when Rivkah came to the tent, the blessings returned.

Yitzchak saw consolation, because he wanted that continuity. He wanted to see his wife able to bring the same blessings as his mother brought, because he wanted to follow in the path of his father. He did not want to strike out on his own, to do something different. On the contrary, his very strength of character was shown in how carefully he hewed to the model set by his holy parents.

All of us, as Jews, come from those holy ancestors. We, like Yitzchak, must strive to continue, to hold fast to the patterns set by our holy forebears, to maintain that which we have, and to successfully transmit it to the next generation. May we be successful in doing so until the end of days.