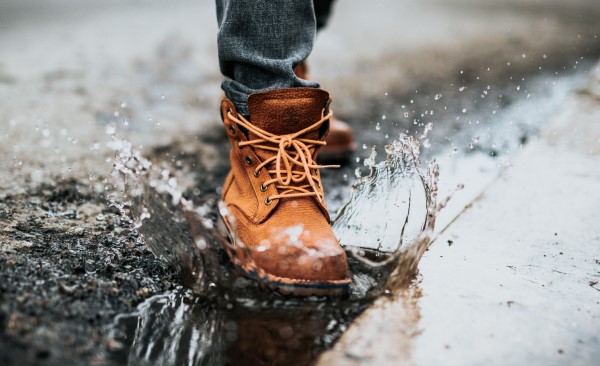 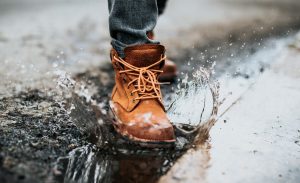 Eikev, the name of this week’s parsha, can also be read okaiv, “heel”.

Regrettably, there are some commandments that are dismissed as ‘minor’. That inevitably leads some people to treat them with contempt, to sweep them under one’s feet as their perceived inferior status means that they are accorded little or no significance.

The Torah persuades us otherwise.

Each mitzvah – in whatever shape or form – must be respected. Nor should its value be underestimated. Most importantly, it cannot be cast as “downtrodden”; to be trampled upon with the “heel” of the foot (Rashi, Devarim 12:1 based on Midrash Tanchuma, Eikev 1).

In fact, the belittling of any mitzvah is seriously flawed.

The Mishnah exhorts us to “Be as scrupulous in doing a ‘minor’ mitzvah as in a ‘major’ one” (Avos 2:1). The reason for this is because, in truth, “no one knows the reward given for respective mitzvos” (ibid.).

That they are not to be differentiated is borne out by two contrasting mitzvos: (1) kibud av v’eim, honoring parents and (2) shiluach hakein, sending away the mother bird before taking the eggs or young. The reward stipulated for both is longevity (See Deuteronomy 5:16 & ibid 22:7) – even though honoring parents is a ‘major’ mitzvah, in the sense that this may entail great expense, unlike the mother-bird that is ‘minor’ mitzvah as no expense is incurred (See Midrash Tanchuma, Eikev 2).

What is axiomatic is that the common denominator to every mitzvah is identical: “that man is fulfilled the will of his Creator”.

When viewed in this light, it actually makes no difference what form this command takes.

A Jew lives to serve his Master. That means realigning his will so that it accords with G-d’s. Thus, his conduct is not approached by reference to its reward – namely in relation to his personal interests. He realizes, in the words of the Sages, how “the mitzvah itself is the reward” – in-other- words, the relationship that man thereby forges with his Creator. Thus, he pledges to serve G-d “with all his heart, all his spirit and all his resources” (Deuteronomy 6:5) – in every set of circumstances.

Religious commitment goes to the heart of the life and soul of a Jew. There is no symbolism for the “heel”, used to negate something and render it “downtrodden”, situated at the base of the foot. The heel is hard, coarse and consists of a thick layer of “dead” skin – which stands in contradistinction to the vibrancy and “life-sustaining” qualities associated with Torah and mitzvah observance.

Therefore, there is no excuse to denigrate “any” mitzvah – ‘minor’ or ‘major’ commandment.

It may be undervalued by the world at large. It may be downtrodden and undervalued like the Jews themselves. But for the Chosen People, mitzvah observance is not a burden; it is an awesome privilege and precious endeavor. Text Copyright © 2006 by Rabbi Osher Chaim Levene and Torah.org.