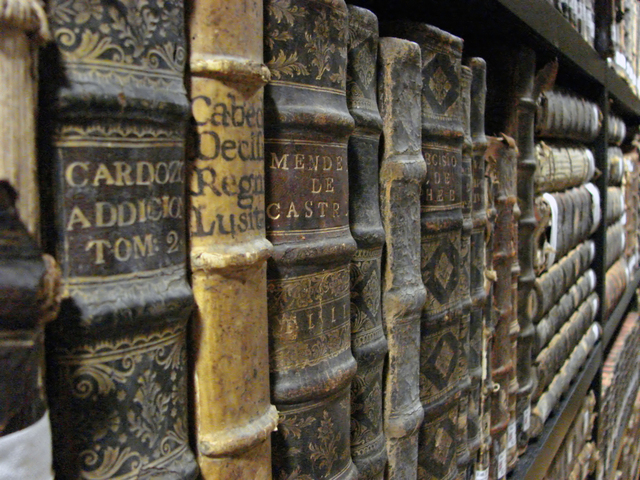 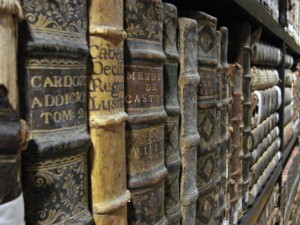 Maaseh Hashem lists many of the questions that make the story of the Eigel HaZahav/ Golden Calf so difficult. Among them: Why did they ask for “gods to go before us”[2] to replace Moshe, when Moshe himself was certainly not regarded as Divine? Why did they say, “These are your gods, Yisrael,”[3] – using the plural for “gods”- when there was only one eigel? How can they celebrate their new god who took them out of Egypt, when they had just spoken of the apparent loss of Moshe, who they said took them out of Egypt?[4] How can the Bnei Yisrael be described by Hashem as stiff-necked,[5] when they displayed so very little tenacity, that in the space of a few hours they abandoned their commitment to Him and descended into eigel-worship?

Besides for the questions of the Maaseh Hashem, we can add a few of our own. Why does the Torah include in the eigel narrative details about the luchos,[6] whose general description had been give earlier?[7] When Moshe was informed about the behavior of the Bnei Yisrael, he immediately began urging Hashem to mitigate their punishment. Why, then, does he term their behavior “a great chet?”[8]

To answer these questions, Maaseh Hashem advances the idea that the Bnei Yisrael believed that Moshe acted on his own in taking them out of Egypt. They thought that he had acted precipitously, while G-d had not wanted them to leave quite so soon. This, however, is difficult to accept. We should assume that Moshe shared the details of his encounter with Hashem at the burning bush, where He made it clear that He wished to take them out of Mitzrayim immediately. Since this was followed by the Ten Plagues, and the mitzvos of the night of Pesach, they had every indication that Hashem was hurrying to take them out of bondage, and out of Egypt!

I believe that we can explain all that is going on in this parshah with the following understanding. The Bnei Yisrael believed – as so many still do! – that G-d does not act directly upon our lowly, limited, physical existence. He does indeed act upon it, but always, they thought, He acts through some intermediary that goes some of the distance between the physical and the Infinite. In other words, they believed that He works through some being or substance that shares some aspects of physicality with our world, but possesses other aspects of elevation that are closer to His.

The Bnei Yisrael were surrounded by this kind of thinking in Egypt. The sheep was worshipped for this reason. In the yearly cycle, it is the first sign of the zodiac, the band immediately on both sides of the ecliptic, and thus a good candidate for the job of intermediate between Hashem’s world and ours.

To wean the people away from this belief, Hashem underscored that He Himself would strike the Egyptians, and not some angel. The people seemed to get the message at the Reed Sea, where we are told they came to “believe in Hashem.”[9] Did they not believe earlier? Rather, when they saw what seemed to be Hashem directly acting upon them as they crossed through the parted sea, they came to understand that He did not make use of any intermediaries.

Alas, what was quickly learned was also quickly unlearned when trouble presented itself. When Moshe delayed in returning, they returned to their old belief. They therefore clamored to Aharon to supply them with some sort of intermediary between G-d and themselves. To underscore their error, the Torah emphasizes that the luchos were engraved by Hashem Himself. This fact (unfortunately glossed over by the people) shows that He acts directly upon this world – even upon stone! Certainly, then, He does not regard working upon our existence as incompatible with His nature.

Working with this assumption, they turned to Aharon. Come up with an intermediary for us. Make it something celestial, so that it will be long lasting, and not subject to the vicissitudes of frail human existence that apparently claimed Moshe. If you come up with something in the Heavens, it won’t disappear on us as Moshe has.

You will object that the notion is preposterous. Moreover, even if there were some substance to their argument, why would they think that they could decide on which intermediary He would work with? Why would they be able to have the pick of intermediaries, rather than they’re being dictated by G-d?

These are good questions, but they did not leave any impression upon the Bnei Yisrael. They had emunah – and emunah operates outside the realm of “proof!” That which can be demonstrated or proven does not require emunah. (While emunah drives a person’s steadfastness in regard to proper and noble ideas, it can also allow him to stubbornly cling to improper notions.)

Many, many faith-systems bought into this way of looking at the relationship between Man and G-d. Their authors all provided their followers with something visible and tangible to serve as the intermediary. The Torah recognized the tendency. The Aron replaced the icon and image for the Jewish people. The words of the Torah itself, engraved on the luchos, were to replace the tangible image! The Bnei Yisrael would be moved by their holiness; it would seem to them that Hashem worked through them to direct a Divine influence their way. They would thus be spared from slipping towards the worship of intermediaries that would replace G-d.

Aharon heard the request of the people. It was repugnant to begin with, and had the capacity for turning even worse. He sought to stop the slide to oblivion by providing a safer form of intermediary than a heavenly body or something similar, which would become in time an object of independent worship. The people asked for the familiar sheep that was venerated in Egypt. He gave them a hybrid. The eigel was not quite that sheep, but resembled the bull as well. He hoped that this would set off alarms in the minds of the people: how can this intermediary be neither here nor there, but resemble two objects at the same time?

Unfortunately, the people were not deterred by this, and found a way to accept it theologically. They found justification for an intermediary that was several things. Hence, “These are your gods” – using the plural, and meaning these are the intermediaries through which Hashem will continue to interact with us. They are called “stiff-necked” for so stubbornly clinging to the old belief system, even in the face of the logical challenge of such an unlikely, dual intermediary.

Terrible as it was, there was room to lighten their load of guilt. They had not bolted to some competing god. Moshe seized the moment. His words have to be understood ironically. He argued, “Have they really committed such a major offense? Did they in fact mold some gold with their own hands, and decide that it was the G-d of Creation? They have, indeed, been guilty of a theological error. But their past makes it understandable. And they have not rejected You!”

HKBH, of course, knew otherwise. The theological error was no small one that could quickly be turned around. Intermediaries wind up being worshipped as independent forces. By the time He informed Moshe of the eigel’s construction, a relatively small but significant number of people were already bowing towards it and serving it. This would remain as a black mark on the record of our people to this very day.