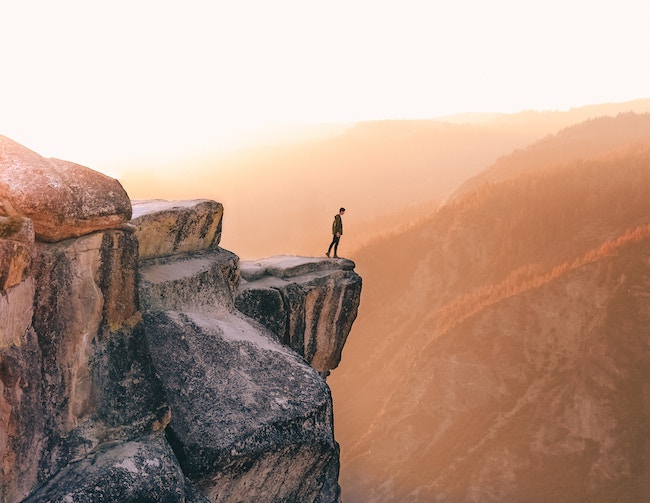 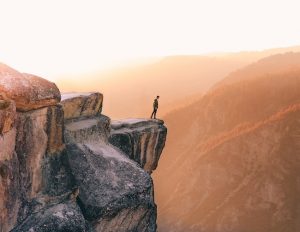 Come to Paroh, for I have made his heart, and the hearts of his servants stubborn, so that I can put My signs in his midst.[2]

What happens when you come that close to wiping out evil? The prospect, it turns out, is pretty frightening.

The important figures in Chumash lived lives that spilled over to future times in history. The episodes and incidents that are recounted in the Torah often prefigured major events in times to come . Something much larger than an encounter between two adversaries happened here, according to the Zohar.[3]

Note that Moshe was not told to go to Paroh, but to come to him. Moshe, in approaching the resolutely evil Paroh, was enacting the final showdown between good and evil. He was led, step-wise, into different spiritual “rooms,” all the while approaching closer to the Great Serpent. Once there, Moshe balked. Moshe knew he would find the greatest concentration of evil – although necessarily comingled with good – in the exact manner that it would exist just prior to the end of conventional time. That moment will occur just prior to the fulfillment of the prophecy that “On that day, Hashem will be One and His Name will be One,”[4] when the power of evil will be fully abolished.

Moshe feared approaching. He understood the potency of the evil that would present itself at that time. Moshe, representing the light of Torah and its goodness, wished to have no contact with such evil. HKBH had to coax him. “I have made his heart… stubborn.” When you get there, He told Moshe, you will find not only the Great Serpent, but I will be there too. The consequence of My presence is that one of two things will happen. Either you will succeed in subduing it in the service of Hashem and His people, or you will extract from it the hidden light associated with it, and returning it to Am Yisrael. Either way, the encounter leads to some important gain.

The announcement of the impending Plague of the First-Born was an anomaly. After relating to Paroh what would happen, “He left Paroh’s presence in a burning anger.”[5] Moshe had not stormed out of any previous meeting. Moshe understood the stakes much better than Paroh. Soon, his associates would cry out to let the Jews go. “We are all dead!”[6] They perhaps intuited that makas bechoros was not a one-off. Had the Egyptians not relented, a new surrogate bechor would have taken the place in each family for the deceased one. After he would be killed in the second round, the process would continue until they were all killed.

In other words, Moshe knew that he was poised at an enactment of a prequel to the final showdown with evil before its final destruction. He understood the implications and the stakes. Evil would intensify just before the end, sensing that its continued existence was imperiled. Anyone opposing it could easily be spiritually wounded in the struggle – even if he emerged the victor. On the other hand, there was a promise that the Shechinah itself was present to assist. And if the Good would tough it out till the end, Evil would be beaten back – forever!

Paroh had shown Moshe the extent of his determination. “Do not see my face any more, for on the day that you see my face, you will die.”[7] Moshe grasped that Paroh realized that he was engaged in an existential struggle, and was willing and ready to fight to the finish. Moshe calculated the odds, and made a conservative choice. He withdrew. Just as he had fled before the power of the serpent at the Burning Bush,[8] he ran from the power of the Great Serpent, personified in Paroh. Without assurance that he would not be hurt in the showdown (with terrible consequences for the Jewish people), he could not take the risk.

He did not have to hasten his stride to back down from the confrontation with Paroh. When he stood in front of Paroh, Moshe was acting as a prophet, drawing on the presence of the Shechinah forecast by the “I will be there too.” Moshe knew that if that Divine Presence would remain in play, the showdown would continue, forcing the issue to an outcome. Therefore, he allowed anger to well up inside him, knowing that anger is incompatible with nevuah. Without the Shechinah present, what was left was just a contest between two mortal humans – not the ultimate cosmic battle.

The upshot is that makas bechoros brought about the quick deliverance of our people from bondage. But eradicating evil entirely from human society would have to wait for another day.