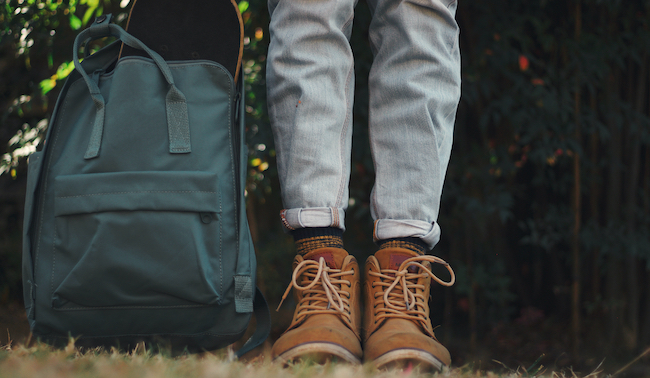 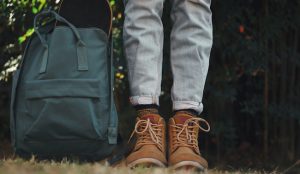 There is a well known concept that when one makes a sincere sacrifice for the benefit of another, that sacrifice will never go unrewarded. Rav Yaakov Galinsky points out what seems to be a glaring contradiction to that principle. We know that the Imahos, the matriarchs, were prophets. They knew that there were going to be twelve tribes which, divided equally amongst the four matriarchs, meant three sons each.

Let’s recall that which occurred back in Parshas Vayaytzay. Leah, upon giving birth to her third son, names him Levi. Now my husband will draw close to me, because I have fulfilled my portion. When her fourth son was born she named him Yehuda, thanks! She had now surpassed her portion! Bilha then gave birth to Dan and Naftali. Zilpa gave birth to Gad and Asher. Leah, by mothering an additional two sons, Yisachar and Zevulun, now has six tribes. Half of Klal Yisroel have been born from her, and only two more remain to be born.

At this critical juncture Leah becomes pregnant. An unbelievable opportunity has opened up before her. Seven sons, majority of Klal Yisroel, can come from her. At this point Leah makes a din, a calculation. Were she to have this seventh son, only one son would remain for her sister Rochel. Rochel will have less than the maidservants, Bilha and Zilpa. Based on this calculation, Leah prays that this child should be a girl. She names her Dinah an allusion to the calculation, the din, that she had made.

We would imagine that in return for this selfless sacrifice Leah had made, this daughter Dinah would bring her tremendous pleasure. However, we know that Dinah was raped by a gentile tribesman named Shchem the son of Chamor! According to the Medrash, the story continues and gets progressively worse! A daughter was born from this unholy union. The brothers wanted to kill this little girl as she was a tremendous embarrassment to the house of Yaakov. Yaakov of course wouldn’t allow this and instead put a necklace with the name of Hashem around her neck and sent her away.

Were the story to stop at this point, we’d be left with tremendous complaints against Hashem. How could He pay back such an incredible sacrifice in such a way?!?! Rav Galinsky explains that all of our questions and complaints are based on our incomplete view of situations. If we only see a small segment of a story, we are bound to lack a clear understanding of the events.

The medrash continues and tells us that the Angel Michael came and brought this child to Egypt. She was there adopted by a childless family known as Potiphar who named her Osnas. She married Yosef and bore him two sons, Menashe and Ephraim. The whole story is only completed in this weeks parsha of Vay’chee. Yaakov blesses Yosef before his death and says to him these climactic words. Your sons, Menashe and Ephraim, are like Reuven and Shimon! They too will be counted as shvatim! Leah made the supreme sacrifice of giving up a shevet, only to be rewarded with two shvatim in his stead!!! The score is always settled, but we need to wait! Only when we see the whole picture does every aspect of the tapestry fit in.

A beautiful illustration was brought from the gemara Yuma 38b. The gemara states that if one wants to be impure, the opportunity is opened up for him. If, however, one wants to become pure, msaayin oso, he is helped in that direction. Rabbi Yishmael brings a parable to portray this point.. A person was selling both aparsimon, which has a delicious aroma, and kerosene, which stinks. If a person requests kerosene, he is told to help himself. If he requests aparsimon (a perfume), he is told, “wait for me and I’ll serve you”.

A question can be raised on this gemara. What is the parable adding that wasn’t clear from the original statement? For impurity, the kerosene, the opportunity is opened for him. For purity, the aparsimon, one will be helped!

In fact, the parable is adding a key aspect which answers a commonly voiced complaint.

People often feel that, in life, moves were made toward purity, yet they weren’t helped! They feel that certain events in their lives have run contrary to this gemara. The parable comes to answer this complaint. Upon requesting aparsimon he is told “hamten lee”, wait for me, and then I’ll help you! Wait for me and then the sacrifice will be accounted for! Absolutely nothing in this world goes unrewarded. Every ounce of effort is measured and answered. But the reaction isn’t instantaneous. Wait for me, have that trust and that patience, and in the end all accounts will be cleared. Everything will be clearly understood!

Yaakov gives to Yosef the city of Shchem that he took with “his sword and his bow”. Targum Unkelos translates this as “his prayer and his pleading”. What forced him to understand these words in this way?

I heard the following answer in the name of the Belzer Rebbe. In physical battle one first uses long distance weaponry, such as a bow, and only after engages in the close combat of a sword. Why then is the order first the sword and then the bow? This clearly indicated that the battle mentioned here was not physical but rather spiritual. In a spiritual battle, one must first distance himself from different desires and tendencies and then work at maintaining that distance. First the sword and then the bow.

The Brisker Ruv reveals an additional insight in the words of the Targum. Why is a sword associated with prayer and a bow with pleading? He explains that a sword is a dangerous weapon in and of itself. A bow however, is only dangerous in the hands of a person skilled in its usage. ‘Prayer’ refers to the shmoneh esrei, the amidah, that was established by the Anshei Knesses Hagedolah, The Men of the Great Assembly. That prayer, composed with the help of prophets, is potent in and of itself. ‘Pleading’ refers to one’s personal requests and needs. That, like a bow, will only be as potent as the person who wields it.

May we use the strength of the sword and develop the skill of the bow to successfully fight our spiritual battles, thereby connecting to Hashem. May this connection give us the patience and the trust to ‘wait for him’ in our understanding the many confusing events that transpire. Chazak chazak v’nischazek!