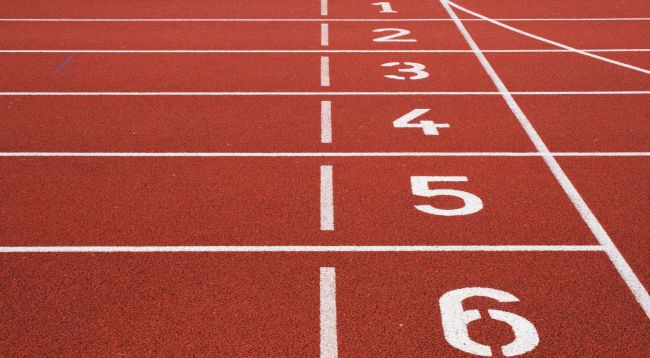 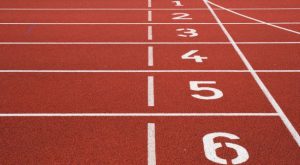 This week’s parsha, Bo, in addition to containing the last three plagues brought onto Mitzraim (Egypt) also contains the very first mitzva (commandment) that Hashem commanded Bnei Yisroel (the Children of Israel) through Moshe. “Hachodesh hazeh lachem rosh chadashim (12:1)” – this month is to you the head (first) of the months. This month of yetzias Mitzraim (the exodus) is counted as the first month. All subsequent months are called the second, the third, the fourth, etc., counting from this month.

Rav Moshe zt”l elucidates the significance of these two starting points. The foundation of Judaism is that this world has a Creator. By counting the days from Shabbos, we demonstrate our belief in the world having been created in six days with the seventh being the Sabbath. {I’d be interested in knowing if there exists a society in the world which – besides Communism’s attempts to force a deviation – doesn’t operate on a seven day cycle.}

However, we still need to demonstrate our understanding of this Creator’s connection to this world. For that, we were commanded to count our months from yetzias Mitzraim. That event which revealed the involvement of the Hand of Hashem. We thereby pronounce our belief that Hashem is actively and intimately involved in all that transpires in this world.

There wasn’t simply a creation but rather, there is an ongoing process of creation. There is a constant re-creation. Precisely how Hashem will re-create each moment is guided by our actions.

Month, ‘chodesh’, has the same root as newness, ‘chadash’. The Ohr Gedalyahu explains that the new month is the physical phenomenon which manifests the spiritual phenomenon of ‘hischadshus’ – renewal. This spiritual potential was given to us at the time of yetzias Mitzraim. When one is governed by ‘teva’ – natural order and events – there is a boredom and a regularity which set in. Only when one is connected to this re-creation is there the vigor and vitality of this ‘hischadshus’.

“Hachodesh hazeh lachem” – this renewal is yours! When were we able to attain this ‘hischadshus’? Only after having experienced the ‘eser makos’ – the ten plagues. Let’s understand this connection as explained by the Ohr Gedalyahu.

The world was initially in a state of absolute Elokus – pure G-dliness. Had the world been created with only one utterance, had it been only one step removed from that original state, then the presence of Hashem would have been so tangibly recognizable, that continuous state of re-creation would have been so frighteningly apparent, there would have been no free-will at all to sin. There needed to be a ‘hester’, a concealment, in the creation. A camouflaging of this fact of constant re-creation. The world needed to be ten steps removed from that original state of absolute Elokus, of pure G-dliness. A step down filtering process of that Pure Light. Only that allowed for free-will. Only that allowed for the reward of the righteous and the punishment of the wicked.

We’ve mentioned many times that the word for world, ‘olam’, shares the same root as ‘he’elam’, concealed. ‘The world’ is therefore defined as the place wherein Hashem conceals Himself. The level of this concealment is incredibly precise. Ten utterances. No more and no less. Nine utterances would not have concealed enough. It would not have allowed us free choice to sin. Eleven utterances would have concealed too much. We would not be able to ‘find’ Hashem. It would not have allowed us free will to choose good. Ten utterances. Allowing for the possibility of revealing or ignoring the Hand of Hashem in this world of concealment.

Elokim, one of G-ds names, has the same numeric value as ‘ha’teva’, the state of nature. This refers to Hashem’s concealing His acts under the disguise of nature. The Zohar states that the word Elokim is comprised of two words: ‘eleh’ – all of this – and ‘mi’ – who. Look around at all of the wonders that surround us! Don’t they thunder out those two words? ‘Eleh’! ‘Mi’! All of this… Who created it?! Ten utterances… It’s there but it’s revealed. One has to look. But then, with an honest piercing gaze, it becomes so apparent! Avrohom Avinu, the father of monotheism, recognized this at the tender age of three. ‘Eleh mi’. So hidden yet so obvious.

I’ll repeat something that I heard in the name of Rav Yaakov Galinsky. Imagine a child born immediately following the exodus. The first thirty nine years of his life were spent wandering in the wilderness. Food? No problem. Every morning the manna falls from the heaven. To him this is the most natural of occurrences. From the time that he can remember, this is how food is gotten. As he’s rounding forty, he enters Eretz Yisroel. Suddenly, the manna stops falling. Panic! What will we eat? How will we survive? Yehoshua takes some of the seeds and, inexplicably, buries them under the ground, thereby wasting, ruining the scant remaining food supply. Suddenly, food begins to grow out of the ground! Food from the ground? Fancy that! A miracle! A total aberration from nature! Food is supposed to fall from heaven! Food growing from the ground!? A miracle! I believe! I believe!

Chaza”l teach that the ten plagues correspond to these ten utterances through which the world was created. The ten utterances were a step-down process. Steps toward concealing Hashem’s presence in this world. The corresponding ten plagues were a step-up process. To reveal that which was hidden in that concealment. To show the ‘mi’ in the ‘eleh’. To reveal Hashem’s active role in every second of this world. To reveal to us this re-creation. To empower us with ‘hischadshus’.

Re-creation! There is no reason to assume that what I have this moment I will have the next. If I will utilize it properly, it stands to reason that it will continue to be created. If I abuse or neglect it, it might be in my best interest to no longer have it. ‘Hischadshus’ – renewal. Yetzias Mitzraim. The recognition of this ‘hischadshus’ in the world brings about a ‘hischadshus’ in me. Utilize every moment. Don’t take anything for granted. Count the days, count the months – make them count.