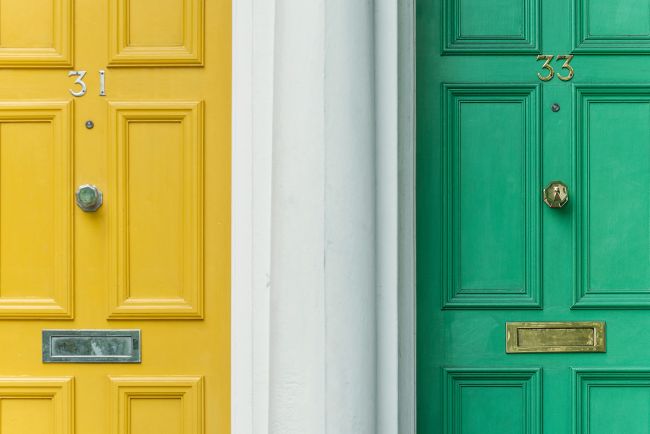 Was Moshe a Bad Neighbor? 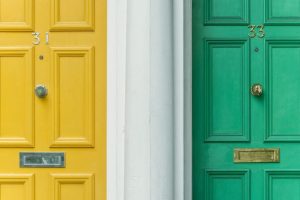 What is meant by the word ‘hein’?

The Ohr HaChaim explains that by saying ‘hein’, Hashem was confirming that which Moshe had told Bnei Yisroel earlier. Yes, it is time for you to die.

The Medrash offers a glimpse of the behind-the-scenes proceedings. Moshe challenged Hashem: “I praised You with the term ‘hein’ when I said: ‘Hein l’Hashem Elokecha hashamayim ushmay hashamayim’ {Behold, the heavens and the ‘heavens heavens’ are Hashem’s). Now, you are decreeing death upon me with that same word ‘hein’!?”

Hashem thunders His response to Moshe: “Shachain ra! {Evil tenant!}. When I sent you to redeem Bnei Yisroel from Mitzraim, you, using the word ‘hein’, spoke derogatorily about Bnei Yisroel. You said: ‘v’Hein lo ya’a’minu lee’ {and they will not believe me). You therefore deserve to have your death decreed with the word ‘hein’.”

Why was Moshe called a shachain ra {evil tenant}?

The Ohr Yahel explains that there are three types of people involved in rental properties: the owner, a good tenant and an evil tenant.

The owner is totally at peace with himself as he collects his rent — he deserves compensation from the tenant who is living in and benefiting from his property. A good tenant, though he is cognizant of the fact that he’s paying for an abode that isn’t his and that he’ll own no part of it even after the payment, he still clearly recognizes his responsibility to pay for the benefit he is receiving. This emanates from the crystal-clear understanding that the house belongs to the owner and he’s only passing through. An evil tenant, on the other hand, denies the benefit that he’s receiving from the owner. Taking it even a step further, he feels that he’s doing the owner a favor by guarding the house!

Hashem is the Master-Owner of the world. Man is the transitory tenant. A ‘good tenant’ doesn’t feel that he’s ‘helping’ the Owner. He recognizes that the head and arm upon which he places his t’filin do not belong to him. The doorpost to which he affixes his mezuza also does not belong to him. He goes through life without ever feeling that he deserves, that things are coming to him. He recognizes the world’s Owner and his responsibility to ‘pay’ for his usage. The evil tenant thinks he’s doing Hashem favors by fulfilling the mitzvos. Hashem therefore owes him. He doesn’t appreciate the fact that Hashem is the ‘Adon Kol’ — the Master of All.

With this we can understand the Medrash quoted above. Moshe mentioned what he felt was a merit — that, using the word ‘hein’, he had praised Hashem. Any feeling of “I deserve” reveals a lacking in the recognition of Hashem as the Master-Owner. He was immediately labeled an evil tenant. At another time you used that same word ‘hein’ in a very different context. You spoke badly about Bnei Yisroel saying: “v’Hein lo ya’a’minu lee’ {and they will not believe me)!” You saw that they doubted Hashem’s ability to redeem them. You discerned in them a lacking in the recognition of Hashem as the All-Powerful, Master-Owner. Yet, you failed to discern that same lacking in yourself… Hashem therefore tells Moshe: “Hein karvu yamecha la’moos {Behold, your days have drawn close (it’s time) to die}.”

On this Shabbos T’shuva (the Shabbos between Rosh Hashana and Yom Kippur is known as Shabbos T’shuva — the Shabbos of Repentance) we must find things we can do which will impress upon ourselves Hashem’s mastery in this world. We also must look for ways to merit the spiritual cleansing that Yom Kippur offers.

Rav Chaim Shmuelovitz writes that a way to merit in the judgment of these Yomim Nora’im {Days of Awe} is to be willing to forgive any trespasses that others might commit against us. Hashem’s dealings with us reflect our dealings with others… The ability to overlook and forgive what others might do to us both emanates from and contributes toward the understanding that this world is Hashem’s and not ours.

The following story took place at the time of year that we presently find ourselves. When Rav Yosef Chaim Sonnenfeld was serving as the leader of a Rabbinical court, there came before him a complicated, bitter dispute between a husband and wife. After hearing both sides and much serious investigation and thought, the judges reached and rendered their decision.

The side that ‘lost’ the decision felt that they had been wronged. They angrily burst into the house of Rav Yosef Chaim Sonnenfeld and began shouting at him in an insulting and threatening way. Throughout their tirade, Rav Yosef Chaim Sonnenfeld sat quietly and continued to study from the volume of Talmud that lay open before him. When their shouts and insults had reached a new crescendo, he suddenly arose to his full height and turned to face them.

“Listen carefully to what I want to say,” he said to the suddenly quieted room. “If your claims against me are correct and I and my court have erred, you have already stated your case against me before the heavens. I hope Hashem will forgive us — a judge must base his decision on what his eyes honestly see and understand and that we did. However,” he continued, raising his voice to a roar, “if we were correct and judged the case correctly and you are the ones who made a mistake… then… then…” and he paused… The faces of those who had burst into his house turned white with fear, wondering what harsh condemnation they would receive. “Then,” Rav Yosef Chaim Sonnenfeld continued, “I want you to know that… I forgive each and every one of you for all of the anguish you have caused me and my family and I bless you all that you should be written and sealed for a good and peaceful year.”

In shocked reticence, they left his house…

One of the neighbors who had entered when the commotion began turned to the Rav, asking him why he had decided to immediately forgive them publicly. Rav Yosef Chaim Sonnenfeld explained that the Days of Judgment had already arrived. “I was concerned that when the eve of Yom Kippur would arrive, they would feel bad about what they did. They’d want to come and ask my forgiveness but would be too embarrassed to approach me. In order to rationalize their not asking forgiveness, they’d convince themselves that they had acted correctly all along. This would further entrench them in their sin and they’d ultimately be punished as a result of me. I therefore announced from the start that I forgive them. This way, if they’ll have thoughts of regret, there won’t be anything holding them back from doing a complete t’shuva {repentance}.

May we live our lives as ‘good tenants’, recognizing our humble place in this world, and may we be blessed with a year of life, health and redemption.

Mazel Tov to Reuven Ibragimov and Nalini Aboody on their upcoming wedding. May their bayis ne’eman b’Yisroel serve as a guiding light as to the way that ‘good tenants’ are supposed to live!