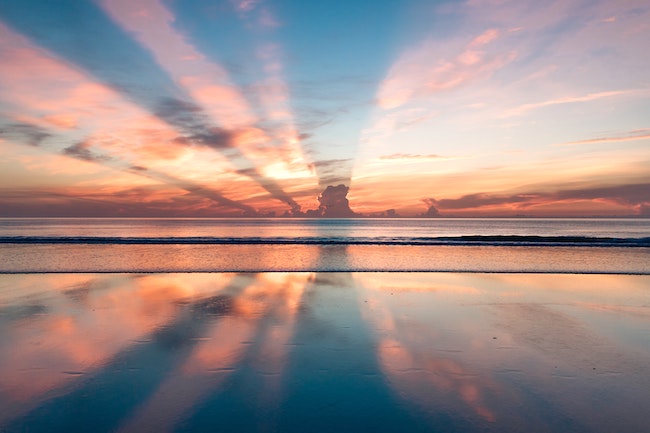 Leave Him Out Of It 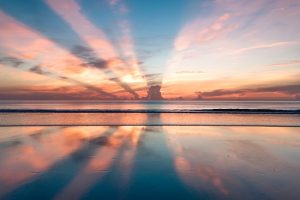 This week we read the parsha of Yisro which contains the Aseres Hadibros, the Ten Commandments. The third commandment states: “Lo sisa es shem Hashem Elokecha lashav {Do not utter the name of Hashem in vain}[20:7].”

The Ramban quotes the Talmud [Shavuos 21A] which teaches that this is a prohibition against senseless swearing using Hashem’s name. However, the Ramban continues, the simple understanding forbids, even without an oath, the senseless mention of Hashem’s name to leave our lips.

Why does this commandment follow immediately after the prohibition of idolatry? The Ramban explains that the same way that we show fear and respect to Hashem by not giving honor to any other forces (idolatry), we also show Him fear and respect by having reverence for His name.

The punishment for such nonchalant usage of something so holy is very severe. The verse continues: “Hashem will not cleanse one who utters His name in vain.”

The Even Ezra explains that a person adds credibility to his words by adding Hashem’s name to whatever he might be saying. He’s in effect saying, just as Hashem is true, so too are my words. If his words are untrue or are subsequently not fulfilled, he’s in effect denying the validity and truth of Hashem. That is clearly very severe.

He writes that the custom of the Egyptians was that if a person swore in the name of the king and didn’t fulfill his words, he was punished with death. No amount of gold could commute his sentence — he had publicly degraded the king. Certainly, when dealing with the King of kings, Hashem, the punishment for such degradation will be very severe.

Perhaps, that affords us a glimpse into the severity of this prohibition in a way that we can relate to and with tangible applications. We all do things that are wrong. We give in to temptations, we chose to ignore certain things that we accept as true, we act in a way that is unbecoming to and beneath us. “Lo sisa” is teaching us not to drag Hashem down with us. Don’t implicate Him. Do what you do but leave Him out of it…

The Kli Yakar explains that the answer can be found in the words “lo sisa”. We’ve translated it to mean ‘don’t utter’. However, it also means to ‘raise up’.

The Talmud [Shavuos 39A] teaches that the entire world shook when Hashem commanded “lo sisa”. When one lifts a tree, all of the branches attached to that tree shake. So too when one ‘lifts’ Hashem’s name by swearing in His name, all that is attached and dependent on Hashem also ‘shakes’. The entire universe, encompassing both the physical and spiritual realms, are affected and degraded by this person’s flippant usage of something so holy. It wasn’t simply between man and Hashem — it was between man and every detail of the creation. Hashem, therefore, won’t cleanse.

Rabbi A. Twerski tells the story of a Rabbi Chajkel who shared the community leadership with the dayan {magistrate}, Rabbi Azriel. One time, Rabbi Azriel was in Rabbi Chajkel’s study when a woman asked Rabbi Chajkel to hold 500 rubles for her. She would be away for a few days and was entrusting him to safe-keep her money.

Later that day, Rabbi Chajkel tried to locate the money but couldn’t find it. He searched everywhere but the money seemed to be gone.

He made his way to Rabbi Azriel’s house and asked him if he had noticed where he might have placed the woman’s money. Rabbi Azriel said that as far as he remembered, the money had remained on the desk.

Rabbi Chajkel sighed painfully. “The money is gone — I’ve searched everywhere. You and I were the only ones present. I was entrusted with the money. According to halacha {Jewish Law} I must ask you to swear, even though I know you to be far above and beyond any hint of suspicion.”

Rabbi Azriel was visibly shaken. “You want me to swear, Rabbi Chajkel?” he asked. “Can I have some time to think it over?”

That evening Rabbi Azriel came to Rabbi Chajkel’s house. “Here are 275 rubles, that’s all I have,” he said as he handed over the money.

“I can’t compromise,” Rabbi Chajkel said to him. “Without the 500 rubles to return to the woman I must insist that you swear.”

“Can I have one more day?” Rabbi Azriel pleaded.

The next day, Rabbi Azriel returned with an additional 125 rubles. “This is all I have.”

Rabbi Chajkel was very stern. He was now convinced that Rabbi Azriel had taken the money. How else could he have come up with 400 rubles?

“Please accept a promissory note for the remaining 100 rubles,” said Rabbi Azriel. “I will pay it within 30 days.”

Rabbi Chajkel accepted the note but couldn’t accept what his friend and colleague, Rabbi Azriel, had done. He began to avoid him in the street. When their paths did cross, he wouldn’t look him in the eye.

That Friday, Rabbi Chajkel noticed that a picture frame was hanging at an unusual slant on the wall of his study. When he moved it in order to straighten it, a bundle of 500 rubles fell from behind. He suddenly remembered that he had hid the money behind the frame! He let out a shriek and fell to the ground. He began to cry, “What have I done?! How did I accuse such a tzaddik of such an act?”

Rabbi Chajkel ran crying to the shul. Pounding on the bimah {pulpit} he cried, “I am not worthy of being your Rabbi. I have accused Rabbi Azriel, an innocent man, a tzaddik.”

“Nothing wrong?” Rabbi Chajkel cried out. “Please don’t mock me!”

“Heaven forbid that I mock you, Rabbi Chajkel,” Rabbi Azriel assured him. “There was no one else in the room besides me. You had to insist that I swear. But when I heard that I must swear, I trembled. Never before in my life had I sworn! I took the 250 rubles that I’d borrowed for my daughter’s wedding and sold my wife’s jewelry for another 25. That’s how I approached you with 275 rubles. When that wasn’t enough, I sold my library for an additional 125 rubles.

“I am so grateful to you, Rabbi Chajkel, that you accepted my promissory note for the remaining 100 rubles,” Rabbi Azriel continued. “I am so grateful, for otherwise I don’t know what I would have done. I would have been forced to swear. To swear, even when telling the truth, is incredibly frightening. You spared me, Rabbi Chajkel, and I’ll never forget your kindness.”