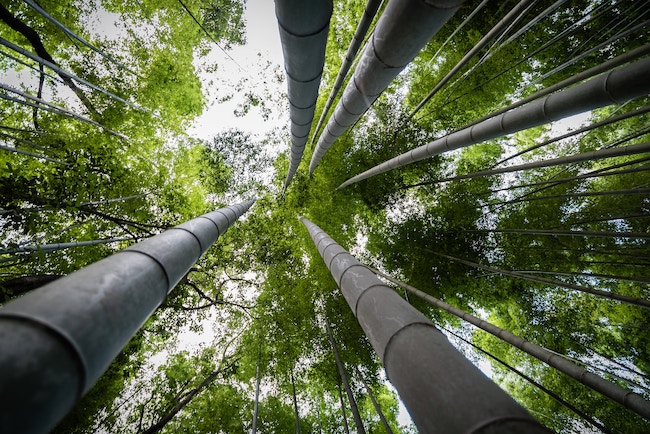 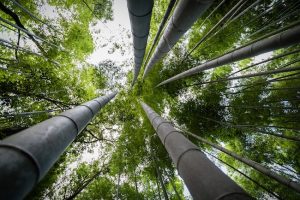 This week we conclude Sefer {the Book of} Vayikra with Parshas B’chukosi. Before moving on to the chilling foretelling of what will happen if we’ll abandon the Torah, our parsha tells of the brachos {blessings} in store for those who will follow the Torah.

“If with my laws you will walk and my commandments you will keep… The rains will come in their time, the land will give forth its produce and the trees will give their fruits…You will eat your bread and be satisfied and you will dwell securely in your land. [26:3-5]”

Understanding this guarantee as not only applying on a national level but also on a personal one, the pleasures of this world seem to be assured for those who observe the Torah…

Rav Chaim Volozhiner [Ruach Chaim on Avos 1:3], the foremost disciple of the Gaon of Vilna, asks a question that I’d imagine is disturbing many of us. Looking around, one can’t help but being troubled by the many seemingly righteous individuals who haven’t been blessed with all of the aforementioned blessings. Many barely make it hand-to-mouth while others who appear to be far less observant live in lavish abundance.

His explanation offers a revealing insight into the spiritual underpinnings which affect and orchestrate the results seen by us in this physical world.

“Breishis barah Elokim,” the first words of the Torah, are usually translated: In the beginning G-d created. Rashi, however, brings the Medrash which explains B-reishis; the world was created for the sake of the Torah which is called reishis {the ultimate beginning}.

This concept is repeated again after the creation of man, the being with the capacity to observe the Torah and thus allow the world to realize its purpose. “And Hashem saw everything that He had made and it was very good. And there was evening, and there was morning, yom hashishi {the sixth day}. [Breishis 1:31]”

By the other days of creation, the extra letter ‘hey,’ meaning ‘the,’ was not added to the day. Rashi explains that this final day of creation and all that preceded it were hinging on the sixth day. The really crucial sixth day. The sixth day of the month of Sivan (celebrated as the holiday of Shavuos, this year falling on June 9th) when the Jewish Nation would have the opportunity to accept the Torah. As the world was created for the sake of the Torah (B-reishis), the entire physical creation would only continue to exist if it would have the potential of reaching its spiritual objective through Israel accepting the Torah.

Man was created “b’tzelem Elokim {in the ‘image’ of Elokim}.” Many explanations of these words are offered. Rav Chaim Volozhiner [Nefesh HaChaim 1:3] explains that Elokim is the name of Hashem referring to His power and His absolute control of all that transpires in the world. Man being created in the image of Elokim means that the reins of what and how much influence will come down to this world was given over to him. The on/off switch controlled by man is, of course, the fulfillment of the Torah. That purpose of creation constantly shapes and affects the creation.

With that introduction, the question we began with becomes that much more glaring. How can it be that the people who are fulfilling the Torah and as such, are opening up the ‘pipelines’ of blessings, are being excluded from sharing in and enjoying these blessings?

Rav Chaim Volozhiner explains that if there are few people observing the Torah, then there are few ‘pipelines’ through which the blessings are sent down. Hashem wants there to be life and sustenance for the entire creation and He therefore takes the blessings brought by the few and distributes them throughout the entire world. Paradoxically, it can happen that the individual or individuals who are bringing this bracha {blessing} hardly receive any of it themselves.

The Talmud [Taanis 24B] tells of such a case. A voice from heaven announces: The entire world is being fed ‘bishveel’ my son Chanina (Rabi Chanina ben Dosa) and Chanina himself suffices with a measure of carob which lasts him from one Friday to the next.

The simple meaning of ‘bishveel’ is ‘for the sake of.’ However, the Shla”h explains that a ‘shveel’ is a pipeline. Thus, the entire world is being fed through the pipeline of Rabi Chanina ben Dosa while he only receives a paltry measure of carobs.

Why doesn’t the benefactor of the entire world’s blessings receive a full share himself?

The Talmud there continues with an incident with Rabi Chanina ben Dosa. His wife complained that she was no longer able to stand such abject poverty. She asked him to pray that Hashem should provide for them. His prayers were miraculously answered a hand from heaven presented him with a golden table leg.

His wife then saw in a dream that in the World to Come, the righteous would be eating from a three-legged golden table whereas she and her husband would only have a two-legged golden table. Upon hearing this dream and realizing the enormous ‘price-tag’ that was attached to this gift, he prayed that it should be taken back. The heavenly hand reappeared and returned the gift to the heavens.

The Mishna in Avos [2:1] teaches that there are three foundations upon which the world stands: Torah, avodah {Divine service} and gmilus chassadim {kind, charitable acts}.

Rav Chaim Volozhiner explains that by taking this golden table leg, his ‘table in the World to Come’ would be missing one of these foundations. His sustaining the world through his pipeline was the epitome of gmilus chassadim. If he’d take his portion for himself, then the rest of the world would no longer continue to receive the blessings that had been coming down to them through him. While still being very involved in Torah and avodah, he would no longer have his share in gmilus chassadim. His table would be missing a leg.

Whereas Olam Haba {the afterlife} is referred to as ‘light,’ this world is referred to as ‘darkness.’ In darkness one often mistakes the true identity of an object. A pole appears to be a person, a person appears as a pole. In this world a person who is actually ‘feeding’ millions is often haughtily looked down upon as a parasite.