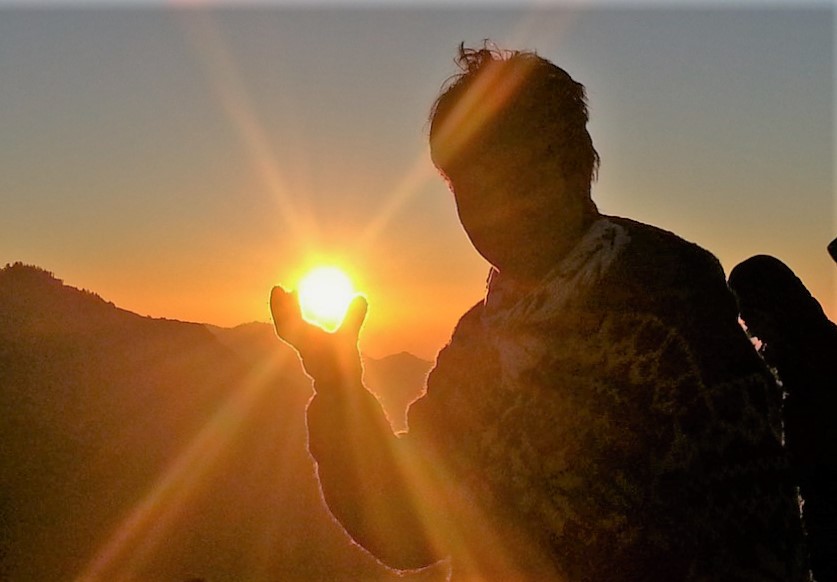 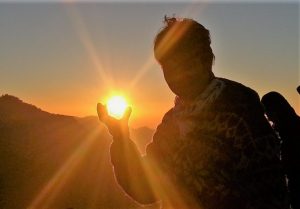 This week’s parsha, Yisro, contains the most earth-shattering event that mankind has ever experienced. That event is what sets Judaism far apart from other religions.

Most religions claim that G-d revealed Himself either to one or to a number of individuals. They then went and spread the word of G-d (and the role that they would play in that word of G-d) to all those who believed their claim to such a revelation.

The revelation at Har Sinai {Mount Sinai} was witnessed by the entire nation, numbering over six hundred thousand males aged between twenty and sixty. That puts the number of the entire nation at about two million. Not hearsay. Not believing that G-d appeared to someone else. First hand experience.

One might not have heard about an individual’s revelation. One could be informed of it decades later. However, any attempt at introducing a claim of a public revelation of such magnitude would be met with ridicule and be rejected offhand. How can you claim that such an event happened to my grandparents without my ever having heard of it?

Such a claim can only be made with the presence of one very crucial factor… That it is true.

The Talmud [Shabbos 68B] reveals the heavenly deliberation which preceded Hashem’s revelation and subsequent giving of the Torah to Moshe.

Rabi Yehoshua ben Levi taught: When Moshe ascended to the heavens (to receive the Torah) the ministering angels asked Hashem: What is a human being doing here amongst us?

Hashem answered: He has come to receive the Torah.

The angels responded: Are you going to give to flesh and blood the precious treasure that’s been hidden away since the time before creation? What is man that he should be considered? Hashem, your glory should remain here in the heavens!

Rav Moshe Schwab zt”l explains the claim made by the angels. What is man? They felt that the very fact that man is a free-willed creature should invalidate his being considered to receive the Torah. They were not just rejecting a person who actively chooses to do bad. Such a person would be rejected, not because he is ‘man’ but, rather, because he is a ‘rasha {sinner).’ The angels were rejecting even a person who constantly chooses to do good.

On what basis were they rejecting him? A free-will decision by definition means that there are two distinct possibilities. The angels felt that even a consideration to perform evil constitutes an affront to the honor of Hashem. Man, they therefore felt, should not receive the Torah.

Imagine a person who comes to stay at your house. You feed him, clothe him, shelter him and carefully cater to his every need. After years of benefiting from your graciousness, you, on a whim, make him an incredible offer. There were certain acts that were necessary for him to perform in order to maintain his health. Yet, incredibly, this person would often neglect to perform those acts. You offer to reward him with a check of one million dollars if he’ll perform those acts. “Hmm… I’ll think about and then get back to you,” he responds.

Even if he’ll ultimately decide that he’ll take you up on the offer, you’d consider him to be a fool for even having to consider the proposal.

That is how the angels viewed us. What a bunch of clowns! These people actually deliberate if they should follow the directives Hashem gave them for their own benefit and for which they’ll receive incredible reward. What are they thinking about? What’s the decision? Even if they ultimately decide to follow Hashem’s will, they are clowns for having to give it thought. What is man that he should be considered? He doesn’t deserve the Torah, the angels argued.

Hashem said to Moshe: Respond to them.

Moshe said to Hashem: I’m afraid that I’ll be burnt by the fire of their mouths! Hashem told Moshe to hold onto the ‘kisay hakavod.’

And Moshe said: Master of the Universe, what is written in this Torah that you are giving me? “I am Hashem your Elokim who took you out of Mitzrayim {Egypt}.” Turning to the angels, Moshe said: Did you descend into Mitzrayim? Were you enslaved to Paroah? What is the Torah to you?

Moshe’s answer seems so basic; we are left wondering how the angels even considered their receiving the Torah. However, the Torah applies to all of the worlds, from the most spiritual ones down to the most physical one that we inhabit. The same holy letters take on a different meaning depending on the setting in which they apply.

If so, what was Moshe’s response? Those letters which refer to our Mitzrayim also refer to a matter applicable to the realm of the angels.

Immediately Hashem agreed with Moshe and each of the angels, including the Angel of Death, gave Moshe a gift.

The entire creation yearns to give honor to Hashem. Once it became clear that man ‘was the man’ to do that, they each sought to contribute and to participate in that endeavor.

May we each find our role in this incredible, cosmic symphony of ‘kavod shamayim’ {heavenly honor}.

I recently heard that an old, dear friend of mine is a reader. DK, this is dedicated to you. We love you, we miss you and we long for your return. Your precious contribution to the symphony is sorely missed. EC