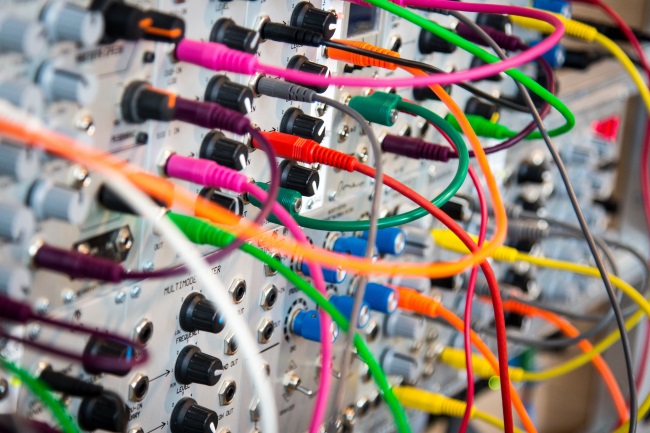 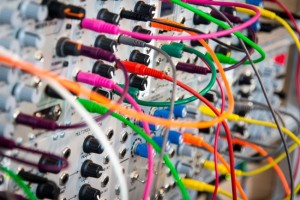 “Come on! Make us gods that will go before us, because this man Moshe, who brought us up from the land of Egypt, we don’t know what has become of him.” (Shemos 31:2)

WE WERE CREATED with a need for relationships, first with God, and then with others. It’s what life is all about, and these tend to give us the greatest joy. But we also have a yetzer hara, and life can be very confusing. We often end up damaging or destroying the very relationships we need and cherish.

Insecurity is probably one of the greatest sources of downfall of most relationships. When people feel unsure of themselves in a relationship, they tend to try to exert control over the other person. They try to forcefully lock in the relationship, but end up accomplishing just the opposite. They become control freaks, and push the other person away.

A relationship is called that because the parties involved RELATE to one another. They share common ground, which draws them to each other. They feel good about the relationship because it doesn’t limit their freedom, but enhances it. Any relationship that is forced is not a relationship, it is a dictatorship.

This doesn’t mean that relationships cannot have rules. They MUST. Discipline is a very important part of any relationship. But, the rules have to be agreed upon by both sides. The discipline has to be mutual. Otherwise, the relationship becomes lopsided and ceases to be a healthy relationship. In the end, the very thing the control freak sought to secure, becomes the very last thing that he can control.

This is because as much as we love relationships, we also love our freedom. We NEED our freedom, and without it, we stop being who we are. Therefore, the first rule of any relationship is that it must be built on trust. Any relationship that does not overcome personal insecurities will not promote trust, and therefore, is no relationship at all.

The golden calf was the outgrowth of the insecurity of the Erev Rav. Egyptian idol worship, like all idol worship, felt like it put them in control of their lives, or so they thought. It was a manmade religion, so it was custom-designed to suit man’s perspective on life. Even the way idols were worshipped was self-serving.

Though the Erev Rav in Egypt had gravitated towards the ways of the descendants of Ya’akov, the Erev Rav had proven themselves incapable of making the leap to a God-originated religion. That is why God strongly advised Moshe Rabbeinu not to allow them to accompany the Jewish people out of Egypt. He didn’t listen. The golden calf was the result.

When Moshe Rabbeinu appeared to return late from Har Sinai, the Erev Rav used the opportunity to take advantage of the Jewish people’s own insecurities. They worked to undermine the trust in God the Jewish people were building up, enticing them to use the golden calf as a spiritual crutch.

We do it all the time, but sometimes it is so subtle we just don’t notice that we’re doing it. We’re supposed to rely on God for everything, but when push comes to shove, we tend to turn to more tangible means of success and survival. We know that the power is God’s, but we allow ourselves to act as if other things have the power to make us succeed or fail.

It is hard not to. God is so hidden these days. Life can seem so random that even people who talk about God running all of history act as if He doesn’t really, at least for now. I mean, we know He’s THERE. He’s ALWAYS there. The world can’t exist WITHOUT Him, not for an instant. We’re only here because He wills it. When He CHANGES His mind, He CHANGES Creation.

At least this is what we teach and say. Emotionally, it is another story. There are the Hitlers, ysv”z, and the Hamans before him. There are all those conspiring people who use their wealth and power to manipulate situations and people to get what they want. And they seem to get away with it too! How can you NOT get angry and frustrated about that?

Just not winning the lottery can be a big blow to trust and faith in God. It just seems so random. A person keeps buying tickets for years and can’t seem to even come close to winning. “Hey God!” the person calls out. “I did my part like You said! I BOUGHT the ticket! How come you aren’t doing YOUR part to make ME win?! What, You don’t do lotteries?”

Sure He “does” lotteries, and everything else for that matter. As far as His control over Creation, nothing has ever changed. All that changed was our ability to be able TO SEE that to the extent that we can emotionally accept it as well. We may think we’re controlling or manipulating a situation to our liking, and it may make us feel more secure to think so. But, at the end of the day, a golden calf is a golden calf is a golden calf.

Welcome to the story of Purim. The Talmud says that the students of Rebi Shimon bar Yochai asked which sin the Jewish people committed to warrant near destruction. They had thought it was because that the Jews of Shushan had attended Achashveros’s feast. He told them that if that had been the case, then only the Jews of Shushan should have been threatened, not the entire nation.

Rebi Shimon said that the sin had been, that the Jewish people had PRETENDED to worship the idol Haman wore around his neck when they bowed down to him. Therefore, he said, God PRETENDED to let Haman destroy them, until they fasted for three days and prayed their hearts out to be saved.

Not Mordechai, though. Not only did he NOT bow down to Haman, but he went out of his way to not bow down to him. His point? It was not to look reckless or to endanger himself or others, as many had thought. It was to teach the Jewish people that danger lay in giving Haman power he did not have, by fearing him more than God.

It was not an easy lesson to teach. Until the situation turned around, Haman looked like the powerful one. Until the redemption finally occurred, it looked as if Mordechai was the enemy of the Jewish people. Until that second feast that Esther made at which time Haman went down, people prayed that Mordechai would submit himself to the will of Haman, if not for himself, then at least for others.

This, perhaps, is the deeper meaning of Rashi’s statement. He says that any punishment the Jewish people will ever receive since the golden calf, will have some aspect of the punishment of the golden calf included in it. Why? Because we couldn’t handle the entire punishment all at one time? The punishment itself was quite severe at the time, and the rest of the nation did teshuvah. So then, what does Rashi mean?

Perhaps he means that once the sin of the golden calf occurred, it entered a “golden calf” mentality into the consciousness of the Jewish people. Therefore, any sin henceforth committed would be either directly or indirectly a result of the golden calf. It would be the result of a person trying to take control, when the control actually belongs to God.

The cure? Just as the Mishkan was the cure for the golden calf, likewise is it the cure for any sin. After all, what was the essence of the Mishkan, but the Presence of God dwelling WITHIN a person. It is something that only happens when one is real with the idea of surrendering ALL control of life to God, and trusting in His judgment to do what is best for them.