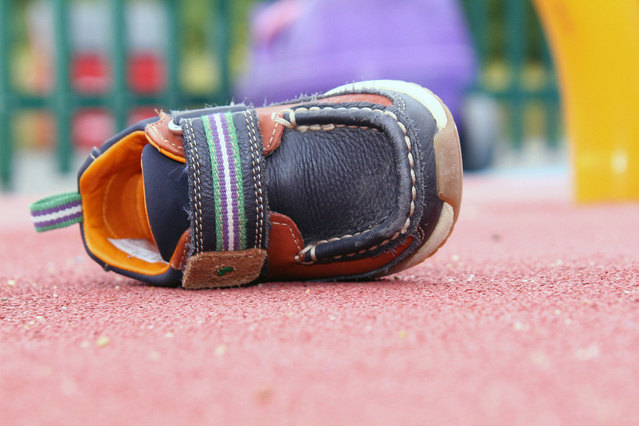 Lost, But Not Found 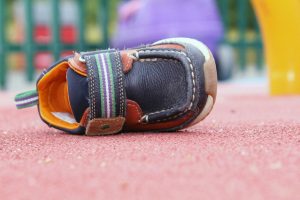 IT HAS ONLY been a couple of weeks since the loss of Rabbi Aharon Yehuda Leib Shteinman, zt”l. True, he was 104 years old at the time he left this world, and his health had been failing, but it does not minimize the loss to the Jewish people and the world in general. His time may have come, but that does not lessen the impact of the loss of a Gadol HaDor.

What is that loss? We can only imagine. Who knows what affects what in Heaven, and how much? There may have already been major consequences resulting from the loss of this Torah giant, but we would never know. It takes a prophet to reveal such things, and we have none today. Besides, the Torah world is busy trying to fill the gap as best as possible, and life must go on, and does, b”H.

The Torah does give us a glimpse somewhat of what it means to lose a Gadol HaDor in this week’s parsha:

Why is this section [completely] closed? Because, as soon as our father Ya’akov passed away, the eyes and the heart of the Jewish people were “closed,” (i.e., it became “dark” for them) because of the misery of the slavery, for they started to subjugate them. (Rashi)

It doesn’t usually happen, and certainly not without reason. This is what prompted the Midrash to provide an explanation for it, which Rashi quotes. The “closed” parsha alludes to the “closing” of the eyes of the Jewish nation that Ya’akov Avinu left behind. Though the actual enslavement of the Jewish people did not begin until the death of Levi 78 years later, it was in motion since the death of Ya’akov Avinu.

Because Ya’akov Avinu died the people were enslaved? As a punishment? No, as a consequence.

As long as Ya’akov Avinu was alive, no one moved out of Goshen, the Jewish community in Egypt. Yosef had worked hard to set his family up there, and Ya’akov had worked hard to keep them spiritually strong there. He commanded that no one leave, with few exceptions. But, after Ya’akov died, Jews started to move out and “up” into Egyptian society until they had become neighbors with them.

Thus, the holiday that celebrates the redemption is called “Passover,” since God had to skip over Jewish houses to kill the Egyptians during the Plague of the Firstborn. It took 78 years, but what Ya’akov and Yosef had built had come undone enough to warrant God allowing the Egyptians to enslave, torture, and even murder His people.

Probably by the time that happened, no one associated their plight with the loss of Ya’akov Avinu. It had happened so long ago, and many of those who suffered had never known him. They probably looked for more immediate causes of their suffering, or just stopped looking altogether.

Since the generation that lost Ya’akov Avinu wasn’t immediately enslaved, they had no idea what his death really meant. If they had, they may have taken more measures to try and counteract Ya’akov death, to save themselves and future generations from hardship. As the Talmud says, the wise person is someone who sees what is happening now, and what it could lead to (Tamid 32a).

It’s not just the presence of a great Torah scholar that makes the difference. It’s not just that he can be accessed, and that his words and Torah wisdom can be published and disseminated throughout the Torah world. That is certainly a large part of what helps a generation to stay the course, but there is a lot more as well.

There is the “invisible” aspect as well. Physically, Rabbi Shteinman was quite small, and looked malnourished. He barely ate anything, and foods we eat without second thought were luxuries to him that he tried to avoid. On a scale, he would not have counter-balanced much at all.

Spiritually, Rav Shteinman was a giant. His soul was HUGE. If souls could be weighed, it could have taken millions to counterbalance his. Taking him of that scale, so-to-speak, would have sent the other side crashing down. We may yet see the historical effects of that in our lifetime, even soon.

Taking a Gadol from the world is not like removing a kidney or a piece of a person’s liver. It is like taking a major part of the heart. How is a patient supposed to survive then, without a major miracle? What if he doesn’t get the miracle? What if he does, but doesn’t deserve it? Either way, it’s not a good thing. We may yet find out.

Part of the problem with learning Torah is that so much of the story is left out. It is bare bones. If all the details of every major event was included then each incident could be a book on its own. Tanach would be HUGE, much bigger than it is today.

Instead, God told Moshe Rabbeinu, and later the prophets, exactly what to write, and what to leave out. It makes Tanach kind of a cause-and-effect account: The person sinned, it angered God, and they were punished. The nation strayed, they angered God, they were attacked by the enemy, they did teshuvah, and God saved them again. It’s as if the impact always immediately and clearly followed the cause.

But it didn’t. In Sha’ar HaGilgulim, it is revealed how God can punish a person in their next reincarnation for a sin performed in a previous one. Without a prophet to explain this to them, how were they supposed to know why they were suffering?

They don’t have to. It is enough that they know they are suffering. It is enough that they understand that nothing is by coincidence, and that God is always just. No matter how innocent they think they are, or how justified they are in how they live, God knows better. He knows BEST. Only he can work out all the details of cause-and-effect for the betterment of a person or the entire world.

Likewise, when Ya’akov Avinu died, it was hard to know what the gaping spiritual “hole” would allow in or out. The Jewish people of his time didn’t know what it would eventually lead to in advance, only after the fact.

It is the same for us as well. We do not know how the loss of Rav Shteinman, zt”l, will impact our history. We just know that it will, and that should be enough to push us to do the best we can to make up for what we lost. The alternative has never been pleasant for the Jewish people.