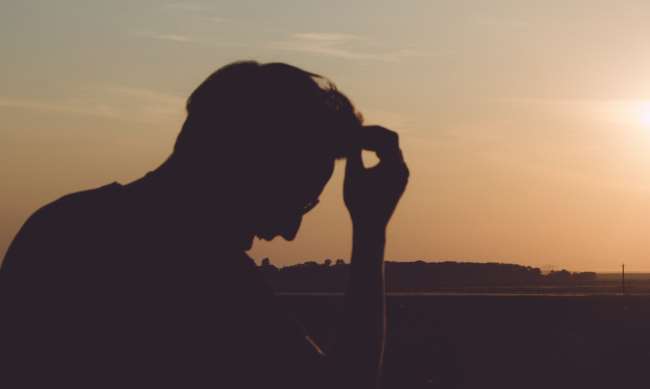 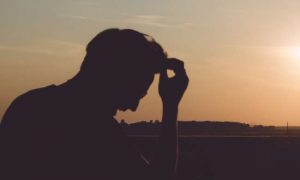 I don’t USUALLY push my books through Perceptions, but this book is special, given the time of year. It is called the “Geulah b’Rachamim Program,” and it is now available through Amazon. Just search for it, and it will come up, b”H. It will explain how we KNOW that we are living through the initial stage of Yemos HaMoshiach, the Messianic time, and what to do about it.

You might recognize the title because torah.org has been giving out the original book through their site. That version was designed to help a person develop a yearning for the Final Redemption, as they are obliged to do. But this book takes the program further. A LOT further.

Back to this week’s parsha.

As an empath, I can really appreciate the importance of intuition in decision making. Not everything my intellect tells me is appropriate for the situation, and sometimes my intuition overrides it, although rarely has it ever been wrong. This has allowed me on several occasions to avoid disaster, or to stem it when others, less intuitive, might have caused one .

Even though a face often reveals what a person is feeling inside, it can also conceal it. Sometimes a person does not even know what they are TRULY feeling at the moment, and smile as if everything is normal, when it is not. Or, they do know, but have chosen to hide it from others, giving other people the wrong impression and sometimes resulting in hurtful misunderstandings. An empath picks up the TRUE vibes.

This has also helped me tremendously with my writing, b”H. I write, for the most part, intuitively. I KNOW what can be said, but I FEEL how it SHOULD be said. What I start to write intellectually can make perfect sense. But after writing it, I can feel that it lacks a certain added element to best make the point for the reader.

Even non-Empaths use gut feelings a lot in life, often with great results. Intuition plays a major role in many professions, and has often saved people a lot of money, and in some cases, their lives. The intellect is great for making calculations and carrying out technical chores in life, but it is intuition that adds the human element to all of it, and which allows people to access higher levels of truth.

This is why “Artificial Intelligence,” or “AI,” is a problem. As enticing as the idea may be, it is inherently flawed because, quite simply, you cannot mechanize intuition. You can mimic it to some degree, but it cannot be replicated by man, making AI potentially the greatest threat to mankind.

Don’t get me wrong. I LOVE technology. I LOVE automation. I am ENTHRALLED by innovation. But, there is a limit to how much I am prepared to allow MECHANIZED things to govern HUMAN life. If human logic—which is what would be used to program AI—alone dictated how to deal with humanity, human logic alone would probably eliminate it. It is only because of DIVINE logic that we are STILL here.

Without the soul’s involvement, life becomes quite mechanical. The physical world of the body is very limited. It seems unlimited, especially when it comes to physical gratification. There are SO many ways to give the body pleasure. A person could live an entire lifetime and never experience every PHYSICAL pleasure there is to enjoy.

Nor would a person want to. How many steaks can you eat at one time or even over the course of a single week? How many sweet deserts can you enjoy before your body says, “Please! No more!” Even people with addictions know that they do not derive pleasure from that to which they are addicted. It just hurts too much not to fill it.

In any case, without the involvement of the soul, life just becomes too mechanical. Take prayer for example. Though people show up for minyan on a regular basis, they often forget to bring their soul along with them. Oh, it’s there alright. Otherwise the person would not be alive. But it’s not in their prayer, which is why it looks and feels so mechanical. The “vayikar” is there, just not the “vayikra,” with the Aleph, and that makes any service of God perfunctory.

How does one bring their soul to prayer, or to anything they do? The most important part of our service to God is our hearts. It’s a real shame to go through the motions, actually put the time into a mitzvah, and leave out the most important ingredient of all: kavanah—intention.

We can take advantage of this special Shabbos to answer the question. This Shabbos is “Parashas HaChodesh,” the fourth of the special Maftirs read before and after Purim. Since it happens to be Rosh Chodesh Nissan this Shabbos as well, it is even MORE appropriate that we read about the mitzvah of Rosh Chodesh where it first showed up, in Parashas Bo.

A Jewish month is called “chodesh,” from the word “chadash,” which means “new,” because the moon renews itself every 29 and some odd days. Every month the Jewish people announce the upcoming new month on the previous Shabbos, and then celebrate its actual arrival on Rosh Chodesh. How many cultures do that, month after month, year after year, millennium after millennium?

The Jewish people do. We do it because it is a reminder to us as well about the importance of constant renewal. It tells us that the nature of people is to get used to things, and then to lose respect for them. So we need to do that which makes the old new on a daily basis. This is a big portion of our service of God.

There is even an important mitzvah of developing “chiddushei Torah” on Shabbos, as the week ends and leads to the beginning of a new week. On a day that we retreat from the mundane world and contemplate the true meaning of life, we make a point of revealing new Torah ideas that emerge from within old ones.

There is nothing mundane about Torah. There is nothing habitual about the service of God. We may go to the same shul every day, doven in the same minyan each time, but every tefillah is a first. It is built upon all of our previous prayers, but we are different, the world is different, and therefore our prayer should be different as well.

But, and this is important, it doesn’t happen on its own. If people wait for the experience of prayer, or of any mitzvah, to “wow” them, they will wait in vain. Occasionally, as a gift, God will inject a mitzvah with something extra to help us, but for the most part, that is OUR avodah, our service of God. We are the ones who are supposed to attach the “Aleph” to “vayikar.” We have to find our own personal way to be “mechadash”—to renew—what is already very familiar to us.

This is not something only “spiritual” people do. It is something people do to become spiritual. Fortunate is the person who knows this, works on it, and already enjoys success. THEY are true servants of God, and of themselves, because they will enjoy learning Torah and performing mitzvos, the source of eternal reward in the World-to-Come.

And, as we have said in the past, and will soon say again, b”H, it is this approach to life that is the true source of freedom.