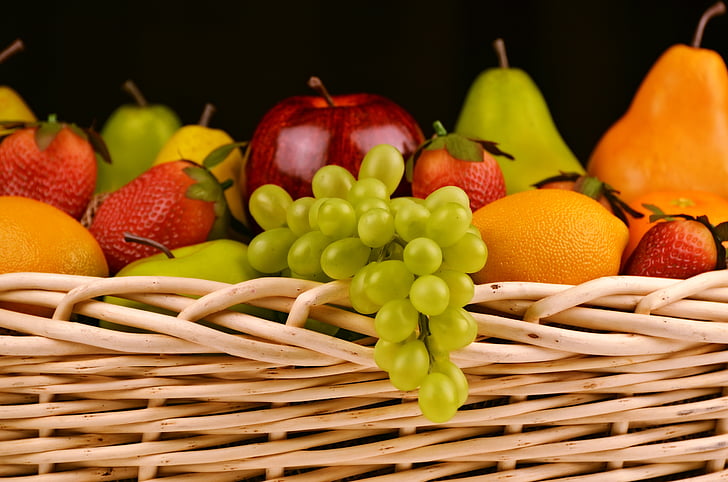 The Blessing of Blessing 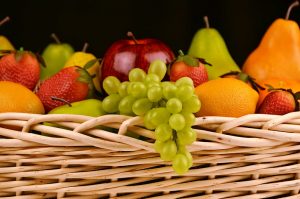 And you will eat and be sated, and you shall bless God, your God, for the good land He has given you. (Devarim 8:10)

VERY FEW BLESSINGS that we make are actually instituted by the Torah. Most of them are rabbinic in origin, one notable exception being Birchas HaMazon, otherwise referred to as “bentching.” The source, of course, is in this week’s parsha, the verse mentioned above.

It is interesting what the verse says we are thanking God for. You might have thought that we are thanking Him for the food that has sated you. But it doesn’t say that. It says that we eat, and become sated, so we can thank God for the GOOD LAND He has given us.

One could argue that it really means the same thing. You need the land to grow the food, something that can easily be forgotten if we just focus on the food, and not the land. Having land is a gift unto itself, because it at least provides the potential for food, which at one time made life a lot easier.

Now it makes it harder. Who wants to grow their own food anymore, now that you can simply walk into a grocery store, or even a restaurant and eat without all the trouble? Even organic food can be bought in stores, giving others the responsibility of going through the trouble of growing it “safe.” There are probably children who think that Corn Flakes grows on the shelf of the local store.

Why not? Lots of adults do. Well, they don’t actually believe that, but they act as if they do. How many people give much thought to all the work and effort that goes into making food for them? This is true, from the side of the people who are doing it, because they are looking to make money from us. But as we have found out several times before, it doesn’t take much to disrupt the chain of production and distribution and to leave us without the food products we so need and enjoy.

One rabbi of the period of the Mishnah, Ben Zoma, put it like this:

How much effort did Adam HaRishon exert before he found bread to eat: He plowed, sowed, reaped, sheaved, threshed, winnowed, separated, ground, sifted, kneaded, and baked, and only thereafter he ate. And I wake up and find all of these prepared for me. (Brochos 58a)

He wasn’t bragging. He was pointing out the additional blessing God gave him, and he did not want to lose sight of it. How much so are we in danger of this, now that so many intermediary steps have been inserted into the process, further disconnecting us from the original blessing of the land that yields its food! Blessing, so often in life, can really be a curse.

It all depends upon your direction in life. If comfort is your goal, then the enemy is pain, any kind of it. If connection to God is the goal, then the enemy is anything that desensitizes a person to the gifts He gives to us. You don’t have to go in pursuit of pain, but you do have to accept that effort often enhances your relationship.

The mishnah says, “According to the tzara—pain—is the reward” (Pirkei Avos 5:19). Many translate the word “tzara” as “effort,” because it sounds less scary. But the actual word is “pain” because, as the world has come to know: no pain, no gain. It’s just human nature to be more grateful for the things we have to work for, and feeling gratitude is one of the greatest pleasures we have. It’s may be COMFORTABLE to get freebies, but not more REWARDING.

Perhaps this is why Birchas HaMazon is so long, compared to other blessings we make after enjoying this world. He makes it difficult to “hold kop—concentrate” until the end. It was Chazal’s way of helping us to recall the long process required to bring food to our tables. Short blessings tend to be long over by the time a person realizes they have said it, if they even realize.

The other part of the “curse” of this generation is that food is so readily available. The average person tends to eat before they really get that hungry. It’s like filling up your car every time it gets below half a tank. Since you never run out of gas, you kind of lose track of just how important gas is to keeping your car moving.

Likewise, when a little bit of hunger drives a person to the fridge to get rid of it, we lose perspective on just how much food means to us. The fast days help to regain some of that perspective, but even that, is abstinence by choice. It’s when a person WANTS to eat but CAN’T find food that they really learn how dependent they are on it, and how grateful they can be to have some.

And not just HAVE food, but have it at the right time and in the right way. Holocaust victims suffered from hunger for years, only to be fed upon being liberated and dying because their bodies could not handle the food. It doesn’t get much more tragic than that.

The long and short of it is that, no matter how simple the food we put into our mouth may be, there is so much blessing wrapped up in it. There is so much to be grateful for, and it is not only worth recalling it as we enjoy our sustenance, we are OBLIGATED to recall it. Satiation comes not only from physically consuming food, it also comes from intellectually “consuming” the blessing of it.

This extremely important lesson is the foundation of all of life. It is not confined just to eating. It applies to every aspect of life that we enjoy, all of which is a blessing in its own way. The clothing we wear, for example. When you consider all the work from start to finish that has to go into making a single sock, let alone a shirt or a suit, it is amazing that the prices are as low as they are. Next time you make your “Shechiyanu” on something new, have that in mind.

Every time the people who collect the garbage come around, I try and tell them thank you. Even if they like their job, and make more money than I do, still, they perform a service that is very important to me, and which I do NOT want to do. It just takes one strike to remind everyone how quickly the place can become unsanitary from garbage yet to be removed.

And where I live, we have street cleaners. It’s a menial job that does not pay that much, and for the most part, it’s thankless. But I particularly enjoy watching the person’s face light up when he hears good morning, and thank you, from someone who he thought didn’t care about him or what he did.

When the first man, in response to the question, “Have you eaten from the forbidden fruit?” blamed God for giving him a wife who could get him to eat, he sealed his fate. As Rashi says, it wasn’t so much the passing of the buck that angered God, but Adam’s lack of hakores hatov, appreciation for the gift of a wife. It was one thing to not apologize for his sin, but something altogether different to turn a gift into an instrument of evil. You can’t get any less appreciative than that.

So, we shouldn’t just drift through life, no matter how easy it has become to do so. We should be more thoughtful about all the pleasures we merit to enjoy, especially the ones we depend upon for survival. At the very least, this should be food for thought.