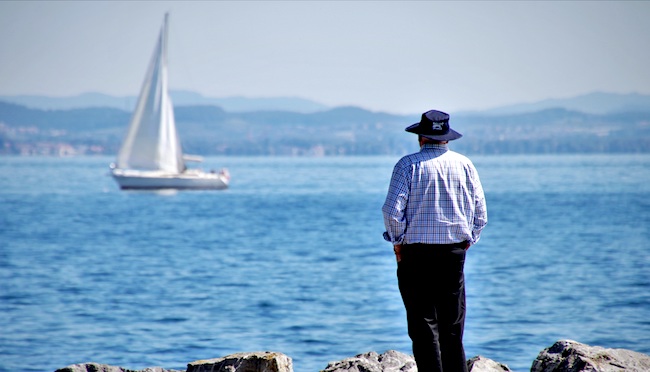 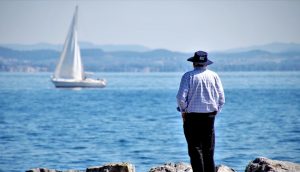 Moshe ascended to God, and God called to him from the mountain, saying, “You shall say to the house of Ya’akov and tell the sons of Israel… (Shemos 19:3)

ON A RECENT trip to the United States, a book cover caught my eye in an airport store. It was a pocketbook with a white cover that had “Mindfulness” written in caps. It was simple but elegant, and I picked it up primarily with the idea of doing something similar with a future book of my own.

However, I bought it because the topic of mindfulness has interested me for some time now. I’m always interested in ways of improving brain usage and quality of life. From the cover, it seemed to be something that could help with this.

I began reading the book on the plane, but was quickly disappointed to find out that there wasn’t much new for me. After pointing out that “Mindfulness” is a buzzword today, it spent most of the time explaining how it has been used to greatly increase productivity in the workplace, and in life in general. Much of the information I already knew, or just found obvious. So, after just skimming the rest of the book, I put it away.

Then something occurred to me. The reason why so much of the material was familiar, was because I already lived a life based upon mindfulness. It’s built in, from the moment I wake up in the morning and start with “Modeh Ani Lefanecha…” and go to sleep at the end of a day after “Krias Shema al HaMittah.”

Then there are the myriad of mitzvos that I get to perform in-between those two times. I’ll have to doven three times a day, and make a brochah after using the bathroom each time. I’ll have three meals, and a couple of snacks, and all of them will require blessings before and after them.

And all of those mitzvos will take place against a backdrop of six constant mitzvos, like love and fear of God, incumbent on every Jew every waking moment of everyday of their lives. They’re supposed to inspire me to act my Godliest at every moment, to make sure that when I do my mitzvos, I am MINDFUL of them, and what they need from me to do their job.

Of course, there is always the danger of performing mitzvos mindLESSly, or what they call “by rote.” The person knows they have an obligation, and they would not think of not performing it. They just don’t think about what they are doing while doing it, performing the mitzvah on auto-pilot instead.

The number one problem? Distraction. We’re easily distracted, and life is very distracting. There’s always something going on around a person to shlepp their attention away from the mitzvah at hand, especially at the last moment. Dovid HaMelech only died because he became distracted away from his learning just long enough to fall and fatally hurt himself.

In fact, Amalek’s chief method of attacking a Jew is distraction. When we left Egypt, he attacked us as a nation. Since then, the reality of Amalek has attacked us in many different ways, but always with the same purpose. He just wants to stop a Jew from living a meaningful and mindful Torah life.

Hence, Amalek was the first nation to attack the Jewish people, and he did so right before we arrived at Mt. Sinai to receive the Torah. He knows that HIS existence depends upon a weak connection between a Jew and Torah. This is why the name of the place of his first attack was “Refidim,” which means “weak in the hands.” He was able to attack the Jewish people because Torah was weak in their hands.

Therefore, if the Torah was given to the Jewish people to promote mindFULness, then it is Amalek’s sole purpose to promote just the opposite, mindLESSness. It could be something as simple—but terribly wasteful—as a person losing their focus at precisely the time they need to have intention for a mitzvah. Or it can something far more profoundly damaging such as subscribing to a mistaken idea. Either way, a person will miss out on moments of reality.

Because that is what it is all about, being in the moment, ALL OF YOU. Life is a VERRRRRY long string of moments, each with its own potential to impart to its user additional life. Time moves so fast that we barely ever notice it, unless something happens to make us take note. Before we know it, a lifetime has passed, and we can barely remember most of it.

What we do remember best and quickest are the events that demanded the most from us. Whether it was a traumatic experience, or one that we wished would never end, we “invested” in it. We were intellectually AND emotionally there, and that seemed to engrave the experience deeper into our memory.

This is why so many people are prepared to take tremendous risks just to have “fun,” or spend so much money just to do things like having an amazing eating experience. The more exciting something is, the more of us it pulls into the moment. The more moments we become mindful of, the more ALIVE we feel.

Movie producers know this and take full advantage of it to get people to pay good money to watch their films. This is what makes “good” entertainment so, well, entertaining. It has the ability to draw our intellect and emotions in, leaving us with the sense of life we live to experience, even if only two hours at a time.

When it comes to Torah, few people think about it as being entertaining. On the contrary, for many, Torah is very unentertaining. Some even have a difficult time paying a small fee just to access it, feeling that it should be free since they are making the supreme “sacrifice” of looking at it.

Others, albeit a small minority, know differently. They know that Torah is the MOST entertaining of all, not in the secular sense of the term, but in the ULTIMATE sense of the term. They are drawn to Torah and have a very difficult time parting from it.

I have set before you life and death, the blessing and the curse. Choose life, so that you and your offspring will live… (Devarim 30:19)

Funny how when it comes to making money or becoming famous people accept this. They make great sacrifices and focus intensely on what they are doing. Their success requires it, and if they want one they know that they have to accept the other, and all the many “rituals” that come with it.

But not when it comes to religion, and especially the 613 mitzvos of Torah. They don’t buy what the rabbis have written:

The Tablets are the handiwork of God, and the script was God’s script engraved—charus—on the Tablets. Do not read “charus,” but “cheirus”—freedom. For you can have no freer person than one who engages in Torah study. (Pirkei Avos 6:2)

In short, Torah focuses a person on the greatest part of being human, and provides the most effective path to achieve it. It demands that a person be mindful of their time and opportunity of life. It defines what is good and what is bad, so that a person will know what is worth their attention and what should be ignored. Torah encourages and inspires the one who lives by it to live up to their full potential.

Can there anything more liberating than that?