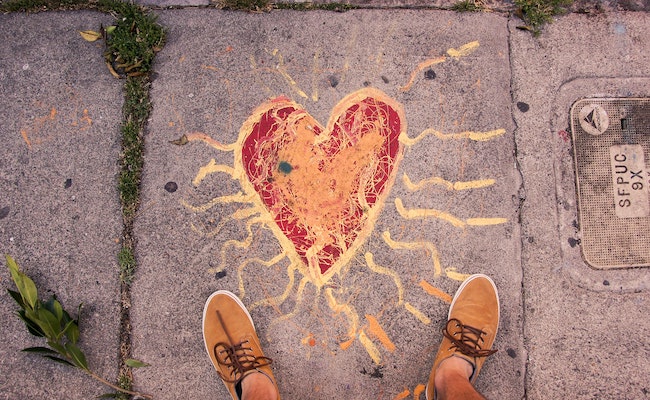 A Question of Heart 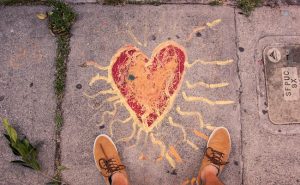 PARASHAS ZACHOR is the Maftir of Para-shas Tetzaveh except, like this year, it is a Purim Meshulash. Therefore, it is pushed up one Shabbos to Para-shas Terumah, this week’s parsha, b”H, so that it can be read in advance of Purim, as is the halacha, affording additional insights into both parshios, as well as Purim.

The Pri Tzaddik points out that the mitzvah to recall what Amalek did to the Jewish people on their way to Mt. Sinai is really a mitzvah to recall what the Jewish people did to draw his attack. It’s just that Chazal did not want to phrase the mitzvah in terms of the sin that was committed, so they focused more on Amalek’s attack instead. We’re supposed to get that, and remember the part that counts the most.

It’s not hard. Rashi, on the spot, mentions the error that resulted in Amalek’s attack. When the water ran out the Jewish people complained and asked, “Is God amongst us or not?” That’s it, just five Hebrew words, and the next thing they knew they were being attacked by some nomadic tribe from the south of Eretz Canaan just to mutilate and kill them.

It’s important to know that the Jewish people had not asked if God was with them or not, even though that is what the words seem to say. How could they have asked such a question after the mann just began to fall from Heaven, and the Clouds of Glory encompassed them? So, what then did they ask to draw Amalek out?

The answer involves a little kabbalah. Though the word “ayin” can be translated as “or not,” here it means something far more profound. “Ayin” is also a Name of God, one of the most sublime of all, making the question they asked also more sublime: Is God amongst us or Ayin?

But what does that even mean, if Ayin is just another Name for God? It means that the Jewish people weren’t asking if God was amongst them, but which level of God. Was it the level of the Shem Hovayah, the Name printed in siddurim but too holy at this time to pronounce as spelled? Or, the level of Ayin, too sublime to even understand?

What’s the difference? The Leshem explains:

All redemptions are the result of a revelation of Arich Anpin. He (Moshe) explained to the Jewish people that The Holy One, Blessed Is He, was dealing with them on the level of the light of Arich Anpin called “Ayin,” which works above any measure. In other words, it does not depend upon merit or demerit. (Drushei Olam HaTohu, Chelek 2, Drush 5, Anaf 4, Siman 3)

Therefore the Leshem says, the question was not, “Is God amongst or not?” but:

Is the level of Hovayah amongst us, which means our sins can affect the outcome of a situation, or the level of Ayin, which is not impacted by either the good or bad we do?

Considering the fact that the Jewish people were fresh out of Egyptian slavery, and new at this mitzvah thing, the question seems to have been a valid one. Why was a vicious attack by Amalek the answer to that question?

The question about the question is, therefore, did the Jewish people sin and get punished by Ama-lek’s attack, or did they do something that, given the nature of the world, resulted in a consequence called “Amalek”? Does it really make a difference, you may wonder, if the impact was the same? Yes, a big difference, especially on a national level.

It has to do with the nature of perception, which is clearly not something that can be taken for granted. A person can walk into an interview looking perfect for the position, but a simple background check can change all of that. Something can look absolutely delicious, and end up being spoiled and even poisonous. A simple test can reveal this even before eating.

There are lots of people who once believed in God, and then lost their belief. Likewise, there are people who once proclaimed themselves to be atheists or agnostics, but who now believe wholeheartedly. In the first case, the transformation was because of a lack of information. In the latter, it was the addition of information that changed their mind and perception.

Early on, we learn the impact of perception on sin:

And the woman saw that the tree was good for food and that it was a delight to the eyes, and the tree was desirable to make one wise, so she took of its fruit, and she ate… (Bereishis 3:6)

The Talmud asks, “Where is Haman alluded to in the Torah?” and answers, when God asked Adam “Have you eaten from the tree of which I commanded you not to eat?” The Hebrew word for the interrogative of “from” is spelled the same way as “Haman.” So, the snake’s impact on Chava’s perception, which led to her eating from the tree, is what gave rise to the reality of Amalek. It was the built-in consequence of her allowing her perception to be built on limited truth.

In my second year in yeshivah, I was learning the laws of Shabbos in the Mishnah Berurah with my study partner. When we got to the laws of how to act if a fire breaks out on Shabbos, my chavrusa and I decided to skip the section for more “practical” halachos, promising ourselves to return to the section at a later time. How often do fires break out on Shabbos, we reasoned to ourselves.

Of course, shortly after, a fire broke out in our apartment. About five of us ran back and forth frantically looked through different halacha seforim to learn how to deal with the fire without breaking Shabbos. Unsuccessful, and worried that the building would catch fire and endanger lives, we finally put the fire out. The next day, we sat down and began learning the laws of fires on Shabbos.

God will never expect you to know what you couldn’t, but He won’t forgive you either for what you did know and forgot, or what you could have learned and didn’t. This results in faulty perceptions that could make a person dangerous to themself, society, and Creation.

THE TALMUD says that a wise person is one who sees what is being “born.” They pay close attention to their decisions and project their impact on the future. It’s all very nice to live in the here-and-now, and we must do that. But this does not mean ignoring the fact that what we do here-and-now will one day affect the there-and-then.

One reason is because the physical world works according to known laws whose effects can be seen in everyday life. There are equations and algorithms that have been worked out, that we can use to make calculations today for the sake of the future.

The spiritual world does not follow the same rules. It is more mystical. There are less guarantees that your actions will achieve their desired results, and can sometimes result in just the opposite of what a person wanted. The physical world gives the impression that it can rely heavily on statistical success. The spiritual world makes it clear that it relies “soul-ly” on the will of God, and some people have a hard time with that. It makes them feel vulnerable, and lacking control.

This was a consequence that the Jewish people learned through the attack by Amalek. When they asked, “Is God amongst us or Ayin?” it was because they felt less control over their situation than they wanted. It left them on a lower level of spirituality, a world in which Amalek has permission to do his damage. It taught the nation that they were better off on a higher spiritual level, the result of relying more on God, of trusting in His Providence and remaining fiercely loyal to His prescribed way of life.

THIS WEEK’S parsha opens with a call for gifts of the heart—nedavos haleiv—to build the Mishkan, the dwelling place of the Divine Presence in this world. It is amazing how liberal we can be with translations, and what we lose because of it. Yes, it is a “free will” offering, but more literally, it is a gift of the heart…OF the heart.

Of LOYALTY actually, because that is what the heart is all about. That’s why a dog, known as man’s best friend because of its loyalty, is “kelev” in Hebrew…spelled k’leiv, which means “like heart.” And it is why the other of the two loyal spies was called “Kaleiv,” spelled the same way.

Undoubtedly, doubt will occur in life. It is an inevitable result of eating from the Aitz HaDa’as Tov v’Ra, the Tree of Knowledge of Good and Evil. It wasn’t also called “Elana d’Sfeika—Tree of Doubt” for no reason. That is why it is also the source of Haman, a descendant of Amalek whose gematria equals “suffek—doubt.”

Doubt is not the issue. Since the sin of eating, the issue has not been whether a person will have doubts about God or not. It became one of how the person deals with their doubt, either questioning the level of involvement of God in their life, or with unswerving loyalty born of a devoted heart.

If we respond with loyalty, then God will dwell on us and clear our doubts away, an awesome feeling. But if we respond with the opposite, then we have to know that we open the door to an attack from Amalek. And, we don’t always survive those very well, if at all.