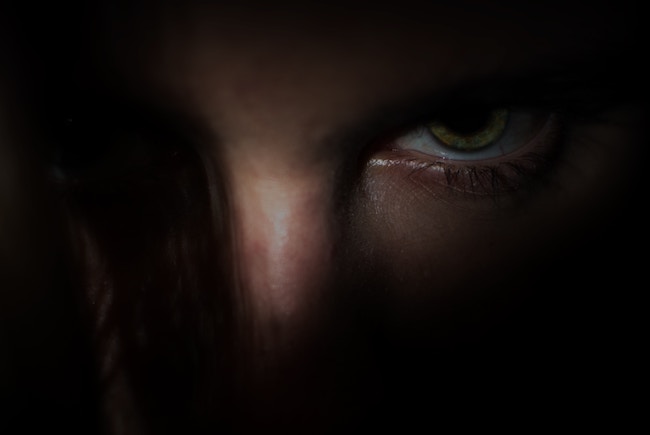 The Making of an Evil Leader 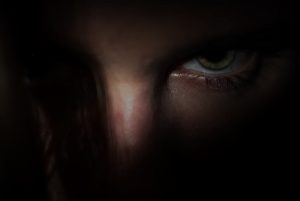 IF PHARAOH had actually been the same king who did know Yosef, but who chose to ignore Yosef’s contributions to Egypt, he sure went to the other extreme. He went from not wanting to turn against Yosef’s family to being their greatest enemy. How did that happen?

But I will harden Pharaoh’s heart, and I will increase My signs and My wonders in the land of Egypt. (Shemos 7: 22)

God did it. He tampered with Pharaoh’s heart, making it harder than it might otherwise have been on its own. Had God stayed out of the picture, it seems from the Torah’s own admission, Pharaoh might not have been as terrible the oppressor he ended up being to the Jewish people. Hmm.

The first question that arises from this exposé has been asked by many throughout the millennia: How could God interfere with Pharaoh’s free will? The answer: Why not? God gave man free will, so He can take it away from him as well.

As the expression goes, “Abuse it, lose it,” a warning not just to Pharaoh, but to all of mankind. Free will is a merit, not a right, something you may grow into but which you can lose over time, if you do not appreciate its worth. It is frightening to think how billions of people over history have gone to their graves thinking they enjoyed free will when in fact, they lost it long ago.

What does it even mean to lose free will?

That will depend upon what actually enslaves a person’s will. Surprisingly, not enough people know the answer to this question. Consequently, they do not have much access to their most prized attribute, with which they can earn their reward in Olam HaBa—the World-to-Come. That is tragic.

To begin with, we have all noticed at some time how we can feel like doing something different than we should do. It’s because we have a soul that wants to do the moral thing, and a body that feels like doing the comfortable thing. The body is not immoral or amoral per se; it is not even able to think for itself. It just resists “uncomfortable” activities, which moral behavior tends to promote.

The answer of course is, though you may not care now, you will care later. And later, after you have failed your exams, or run out of money once you’ve retired, you will suffer so much that you will forget the good times you had. It will add regret to your misery as well. The wise person lives today with the future in mind, as it says:

This world is like a corridor before the World-to-Come. Rectify yourself in the “corridor” in order to be able to enter the “banquet hall.” (Pirkei Avos 4:16)

Who doesn’t want to follow this advice? But how many people actually feel like following it? So instead, they end up capitulating to their feelings, and then rationalize how they are really executing their wants when in fact they are executing their yetzer hara’s desires.

Free will is only free when it is free of the influence of the yetzer hara, the “evil inclination.”

THERE IS a story told of a dialogue between the Chofetz Chaim and his yetzer hara in his later years. Upon rising early one morning as he had done his entire life, his yetzer hara asked him,

“Old man, why do you rise so early? Surely at your age you’re entitled to sleep later!”

But, without skipping a beat, the Chofetz Chaim answered his yetzer hara, “If you’re up this early, then why shouldn’t I be up this early!”

It can be assumed that this dialogue did not actually take place as if he was speaking to another person. More than likely, the Chofetz Chaim woke up early, for the first time felt an inclination to sleep later, and identified his yetzer hara as the source of it. So, rather than listen to it, he used it as an example for his inspiration to get up early.

It’s an adorable story but with a profound message. Most people only know they have been duped by their yetzer hara after the damage has been done. They are only able to recognize their yetzer hara in their “rear-view mirror,” if at all…if they even believe they have one in the first place.

Learning to recognize your yetzer hara, and then going the next great step to harnessing its energy for good, is a life’s work, even many life’s work. We reincarnate, and probably many times already, to finish rectifying the part of our yetzer hara we failed to fix up in previous lifetimes. And we certainly can’t do it on our own:

And if they don’t believe in God altogether, then they have nothing to guide or oversee their actions. They can be despicable and not feel too bad about it, believing that they will not have to answer for it. And that’s when society, ANY society can begin its slippery descent into very ungodly behavior. So, when Pharaoh asked, “Who is Hashem?” he basically indicated in which direction he was moving. He was a man driven by the yetzer hara.

THIS EXPLAINS Pharaoh, but not God’s tampering with his free will. This does:

In another format, this deserves much elaboration. But for now, the short version will have to do, which is this. God has a master plan. It involves both good guys and bad guys. The good guys get to do the heroic stuff, and the bad guys, the stuff the heroes have to save us from.

Who gets to be a good guy and who has to play the bad guy? That’s where free will comes in. Every person will have to make choices in life that, given their circumstances, determine whether they are with God or against Him, no matter…and this is really important…how it may look to us. The only question that really matters is, how does it look to God?

Once our free will has helped to determine what kind of person we want to be in life, righteous or average or evil, with a billion levels in-between, God knows where we stand. He knows which part in His “screenplay” we are best cut out to play. That is when He plugs us in, taking full advantage of what we have chosen to be like.

As the old adage goes, “If the shoe fits, wear it.” It was not by chance that the Sitra Achra used the snake to entice Chava to eat from the Aitz HaDa’as Tov v’Ra. As the Talmudic expression says, “the kind found its kind.” There are many expressions like this in probably every language and culture.

Likewise, when Pharaoh made that fateful decision to turn against the Jewish people, he chose the route of the bad guy. But the truth is, like everyone else around him, he had been making decisions all of his life that made it possible for him to make this one. So when history required an oppressor of the Jewish people, Pharaoh’s hand excitedly went up, so-to-speak, and he called out, “I’ll do it! Use me to subjugate Your people!”

The trouble is, we all do the same thing to some degree, and most of us without even knowing it. People do not realize how seemingly unimportant decisions, which are often made in private, will help to determine so much about their direction in life, and how God will work with them. No decision in life should be taken lightly, especially when moral integrity is involved.

At the very least, if a person just can’t get themself to live up to the standards they know they should meet, they should acknowledge this to God and to themself. They should not rationalize and legitimize sub-level behavior, because that is the slippery slope that so many people have descended on their way to spiritual ruin…even if they ended dying with a smile on their face.

SO HOW does God actually tamper with a person’s free will? Does He go into their mind and turn something on or off, or something more subtle?

Everyone has “hot buttons.” Those are the things we are sensitive to that, when triggered, tend to prompt an automatic response from us, and not always a favorable one. We all have our weaknesses, and knowing what they are allows us to avoid the situations, that instigate the yetzer hara to compel us to do what feels good, over what we really want to do (or ought to want to do).

This is one of the ways that God moves the “pieces” around. Every moment of history works towards the fulfillment of His plan for Creation, no matter how backwards life may seem to us, or how ungodly. Sometimes He works directly and without us, but most of the time He works through us, to “engender merit by means of the meritorious, and guilt by means of the guilty” at the same time.

And no one knows a person’s “hot buttons” better than God. He knows who we are better than we ever can, and He knows exactly what makes us react to what and how. We have shown Him this by all of our previous decisions in life. He won’t take advantage for bad, of what we are not responsible for creating in ourselves, but He certainly might do so with that which we chose to become.

Thus “Pharaoh” was not only once the king of Egypt, but he has also been anyone who has followed his path in life, even today. Anyone who chooses to reject the idea of God, who disregards the morality of Torah, will have a difficult time being humble and sticking to God’s master plan. They will be the Pharaoh(s) of their generation, be plugged into history as the original Pharaoh was, and ultimately suffer the same end. The only variable in the equation will be the Jewish people…and just how severe an oppressor they will need to get them with God’s program.