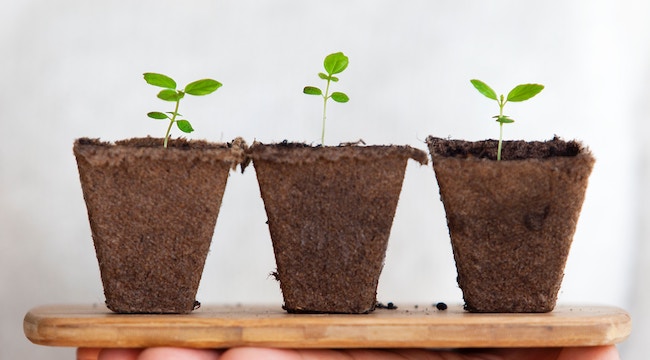 A Place To Grow 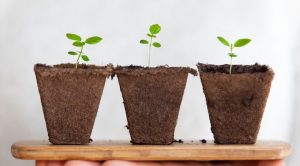 “and stones for the settings…and the Breastplate”(25:7)

Among the items to be contributed by Bnei Yisroel for the construction of the Tabernacle and the Priestly vestments were the twelve precious gems that formed the surface of the Breastplate of Judgment which was worn by the Kohein Gadol.[1] These stones are referred to collectively as the “avnei millu’im”. Rashi translates this expression as “filling stones”, explaining that they filled an indented setting made of gold.[2]

The Ramban questions why, if the stones had not yet been placed in the indented gold setting, they would be defined by a function that had not yet occurred.[3] The Mizrachi answers in defense of Rashi that occasionally a name is given to an object based upon its intended use.[4]

Why are the stones being defined by a function which represents the removal of a negative element, i.e. filling the empty settings, rather than being defined in a manner which accentuates their beauty and value? Compounding this difficulty is that fact that each of the stones represented one of the Tribes, having its own unique qualities and identity, yet the stones are defined by a function which negates their individuality and downplays their uniqueness.[5]

It is common for a person to find himself being torn between remaining in a place which requires his talents and relocating to another area which he perceives to be more conducive to his personal growth. The Torah is offering the solution to this dilemma. It is preferable for a person to remain in a place where he is needed, rather than relocate to an area which may be more conducive to his personal development. This could be interpreted as the individual choosing the communal needs over his own personal needs, since remaining where he is needed benefits the community, while his leaving would impact negatively upon those who remain, much the same as if one of the filling stones would be missing from the Breastplate; the void which remains would impact negatively upon the beauty of the other stones. However, the Torah is offering a much greater insight. Even on an individual level, the choice to remain where he is needed is the most beneficial. A person’s growth will ultimately be greater if he remains in a “makom” – “place” where he is needed, rather than going to an area where, although he may gain more tools for self-development, he will not be needed.

This notion is alluded to by defining the stones in terms of their function of fitting into the settings created for them, rather than their individual beauty and value. Ultimately, their worth is greater because they have a place into which they fit.

The Midrash relates the following parable to teach the superiority of Torah study over all other pursuits: A silk merchant and a spice merchant were involved in a trade. After the exchange, the spice merchant had acquired silks but lost his spices, while the silk merchant had gained spices but lost his silks. Torah does not have this deficiency. If one scholar who is versed in the Order of Zera’im and another who is versed in the Order of Mo’ed exchange their knowledge with each other, they both gain knowledge and lose nothing.

This parable reflects the superiority of Torah knowledge over professions which are gauged by ownership of material goods. However, if we compare a profession which is defined by knowledge and skill, it appears that the parable no longer holds true. A physicist can teach physics to a mathematician, while the mathematician teaches math to the physicist. Both have gained knowledge without losing any of their original knowledge. How does the parable show the Torah’s superiority over professions which are defined by knowledge and skill?

The Talmud teaches that once a person has studied and internalized Torah, it becomes “his Torah”. What separates Torah from all other areas of knowledge is that once Torah is studied, it fuses with the unique identity and talents of the individual. The effect of this is twofold: The person himself changes, becoming aware of his true reality and actualizing his potential, and the Torah itself acquires a new quality, taking on the imprint of the person who studied it. Therefore, the Order of Zera’im studied by one individual is not the same Order of Zera’im studied by another. Each person offers his own unique insights and perspectives into the Torah studied.

A person studying other forms of intellectual pursuits merely amasses information. He undergoes no change, nor does he change the reality of the information studied. Physics studied by one person is the same physics as is studied by another. Once the knowledge is amassed, the laws of physics do not change. If only one person has that knowledge, he is unique. However, teaching it to a second person detracts from his uniqueness. Therefore, the more people who know any particular body of information, the less significance there is in the individual knowing it. The acquisition of Torah is different; it is unique for each individual. Therefore, more people studying Torah does not detract from the knowledge of one individual, for his uniqueness can never be duplicated.

The Third Beis Hamikdash will descend from heaven. Why could this not have been the case with the Tabernacle, especially since most of the materials used in its construction were given to Bnei Yisroel miraculously? Why was it necessary to build the Tabernacle with donations? Hashem wanted to allow each person to participate in the building of the Tabernacle. By encouraging the participation of each individual, Hashem was acknowledging the fact that every person is unique. Therefore, each person’s intentions and motivations for giving were different, making the donation itself different. The Tabernacle had to be built in a manner which reflected the different characteristics and unique qualities of the individual.

It is this very aspect which makes Torah unique. Since the Torah that a person studies is transformed by the infusion of his own nature, the Torah that he internalizes also has this unique quality. This separates Torah study from all other forms of scholarship and professions which cannot be transformed according to the nature of the individual studying them.