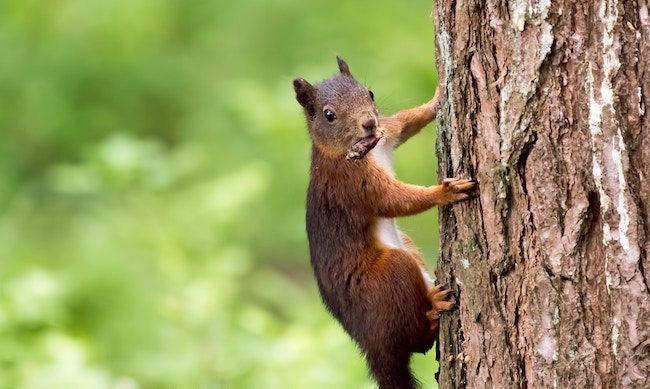 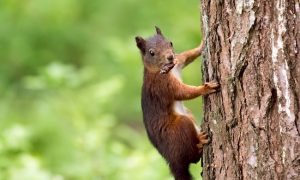 With them you shall dress Aharon your brother and his sons with him. You shall anoint them, and fill their hands…” (28:41)

The Torah relates that Moshe is instructed to anoint Aharon and his sons and to “fill their hands”. Rashi explains that the expression “fill their hands” refers to the act of inauguration. Rashi adds that in medieval times, a newly inaugurated official had a gauntlet placed in his hand to symbolize his new position of authority. Similarly, explains Rashi, the Torah uses the expression “filling the hands” to indicate the conferring of a new authority.[1]

The Ramban questions the fact that Rashi associates a medieval custom with the usage of the expression in the Torah. What bearing should this medieval practice have on the definition of a Torah expression?[2]

A person’s hands reflect his state of mind. If a person fidgets he is revealing that he is nervous and insecure, traits which are usually present in an unfulfilled individual. Placing something within a person’s hand for him to grasp, stabilizes his hand. By placing the gauntlet into the official’s hands we indicate our desire for him to be fulfilled. In the vernacular we use the expression “having a grip on things” to indicate competency.

Rashi is not mentioning a historical custom to explain the definition of the word. Rather, Rashi is explaining that the psychological and emotional reason behind this medieval custom offers an insight into the human condition. This insight can be used to explain why the Torah refers to the inauguration process as “filling the hands”. We are expressing our confidence that the newly appointed individual will perform his responsibilities competently and will find his fulfillment through this service.

Close To The Chest

Aharon wore an ornament on his chest called the “Choshen”; it had gold settings into which twelve precious gems were placed. Each gem represented one of the twelve sons of Yaakov. The last of the Choshen’s gems was the “yashpeh”. Rabbeinu Bechaya cites a Midrash which connects the yashpeh stone with the Tribe of Binyamin. Yashpeh, explains the Midrash, is a contraction of the words “yesh” and “peh” – “has a mouth”; it was chosen to represent Binyamin because its name reflects a praiseworthy trait displayed by him. Although Binyamin was aware that his brothers sold Yoseif into slavery, he did not reveal their actions to his father.[1] If Binyamin was being lauded for his silence, why was the gem called “yashpeh” – “has a mouth”? Should the more appropriate name not be “ainpeh” – “has no mouth”? What trait did Binyamin exhibit through his silence?

The Talmud relates that Yaakov suspected that Lavan may attempt to substitute Leah for Rachel. Therefore, as a preventative measure he gave Rachel a secret password which would identify her to him on their wedding night. At the thought of her sister’s public humiliation Rachel revealed to Leah the password which enabled Lavan’s subterfuge to be successful. The Talmud identifies Rachel’s behavior as an example of “tznius” – “modesty” and states that because of her exceptional display of tznius she merited to have great descendants who too would display exemplary acts of tznius: Shaul HaMelech, after being anointed by Shmuel as the Sovereign of Israel, did not reveal his status to his family members.[2] Esther, while in the pageant which would determine the next queen of Persia, did not reveal her regal ancestry for fear that it would place the other girls at a disadvantage.[3] What new definition of tznius is the Talmud revealing?

Tznius is generally defined as a code of modesty which determines our mode of dress and behavior. We approach this obligation as “bein adam lamakom”, a responsibility that we have to our Creator. The Talmud is teaching us that the requirement to be modest is also “bein adam lachaveiro”, a social responsibility. The laws of tznius require that we act in a manner which does not invade the space of others. Our actions must be measured in terms of how they will impact upon the sensitivities of our fellow man. The manner of dress required is not dictated by how much of the body must be covered alone, but by the awareness that dressing in a provocative manner may be an attack upon the senses of another as well. An outfit that meets the Halachic specifications in terms of its length may still violate the laws of tznius if it is designed in a manner which draws public attention.

Staying within our own space and not invading the space of others is not only relegated to attire. Speech is the area through which we have the greatest difficulty in focusing upon the sensitivities of others. All too often we speak up because of the benefit we derive from what we are saying, but fail to realize the damage we do to others with the content, decibel level and even verbosity of our speech.

All of the examples of tznius ascribed to the descendants of Rachel involve mastery over the spoken word. In Rachel’s situation, the fact that she discerned the appropriate time to divulge sensitive information is highlighted. In the scenarios involving her descendants their ability to abstain from divulging information at personal cost is highlighted. Binyamin is the son of Rachel and it is this specific trait which is being heralded.

A person who has endured a terribly traumatic experience very often is unable to discuss it for fear that discussing it will cause him to relive the experience. Overcoming this fear and conversing with a person who cares about him helps ease the burden of the trauma. Binyamin’s loss of his only maternal brother at the hands of his paternal brothers must have been a highly traumatic experience. The only one to whom he could convey his feelings was his father, yet he refrained from doing so. By assigning the yashpeh as the gem to represent Binyamin the Torah is attesting to the fact that his abstinence from discussing his brother’s fate was not a result of his inability to divulge the information due to his trauma. On the contrary, “yesh peh”, his ability to converse about the issue was intact. Although it might have been of great emotional benefit for Binyamin to discuss the matter with his father, the knowledge that the pain his father would receive when enlightened as to his sons’ actions would not permit Binyamin to speak. This acute sensitivity to protecting others from pain, even at great personal sacrifice, stems from Binyamin’s perfection of his inherited trait of tzinus.