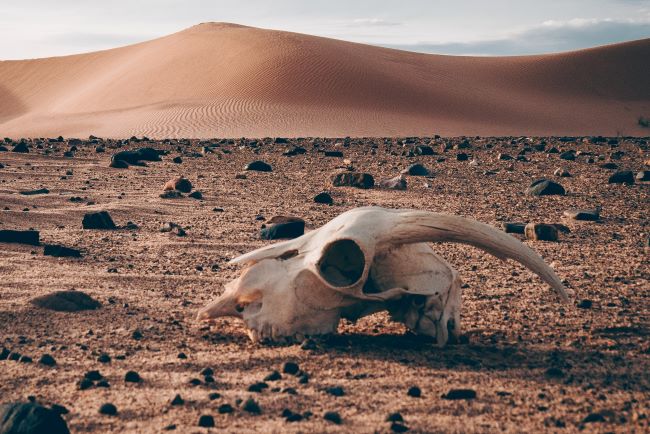 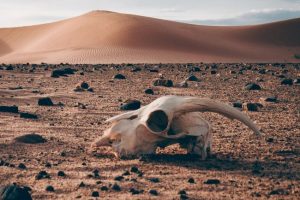 After having traveled three days away from Mitzrayim, Hashem instructed Moshe to lead Bnei Yisroel back towards Mitzrayim, thus creating the illusion that they had lost their way.{1} The purpose for this ruse was to entice Pharaoh to chase after Bnei Yisroel.{2} The verse states that upon hearing of Bnei Yisroel’s movements, Pharaoh will say “they have become trapped in the land”.{3} Rashi points out that the literal translation of the verse is difficult to maintain for it states that Pharaoh will say “l’Bnei Yisroel” – “to Bnei Yisroel”, “they have become trapped in the land”. How could Pharaoh have been speaking to Bnei Yisroel if they were three days away? Therefore, Rashi concludes that ” l’Bnei Yisroel” should be translated as “concerning Bnei Yisroel”.{4} This too, is the interpretation offered by the Targum Unkelus who translates the verse “Veyaimar Paroh al Bnei Yisroel” – “Pharaoh will state about Bnei Yisroel”.{5} The Targum Yonason clearly addressing the same issue states that Pharaoh was speaking to Dosson and Aviram who remained behind in Mitzrayim.{6}

In Parshas Bo, Rashi citing a Midrash states that during the first three days of the plague of Darkness, all Jews who refused to leave Mitzrayim were eliminated. This was done in a clandestine fashion so that the Mitzrim would not be able to witness their deaths.{7} If Dosson and Aviram remained in Mitzrayim, why were they not killed as well? If they refused to leave with Bnei Yisroel, why does the verse refer to them as such? Initially, Moshe had requested that Bnei Yisroel be permitted to leave Mitzrayim for three days to serve Hashem.{8} Rashi comments that Pharaoh sent spies to accompany Bnei Yisroel. When three days had past, they notified Pharaoh that Bnei Yisroel were not returning. Evidently, Pharaoh was expecting them to return.{9} Dosson and Aviram refused to go for they too were under the assumption that Bnei Yisroel were only leaving for a short spiritual interlude. Although they had no interest in partaking in the nation’s spiritual revival, they had not assimilated to the point that they defined themselves as Mitzrim. Therefore, when it became evident that Bnei Yisroel were not returning, they joined their brethren in the desert, as we find them taking part in Korach’s rebellion. Only the Jews who refused to leave Mitzrayim because they already completely identified themselves as Mitzrim were killed in the plague of Darkness.

When it Lains it Pours

“…they went for a three-day period in the Wilderness, but they did not find water”(15:22)

After emerging from the Red Sea, Bnei Yisroel traveled for three days without water to drink. Moshe led them to Marah where they discovered water but realized that it was bitter and therefore, undrinkable. Moshe then cried out to Hashem who instructed him to take a tree and cast it into the water. Moshe did as he was instructed and the waters were miraculously sweetened.

The Talmud understands the lack of water to be an allusion to the lack of Torah, for Torah is compared to water. Therefore Moshe established that the Torah be read Mondays and Thursdays to ensure that three days would not pass without Torah study.{1} The Baalei Hatosfos ask why he specifically chose Mondays and Thursdays. Other combinations of days could accomplish the same goal.{2}

The Midrash relates that the Shabbos complained to Hashem, “Each day of the week has a mate, except for me.” Hashem placated the Shabbos with the following response: “Bnei Yisroel will be your mate.”{3}

What is the notion of a day having a mate? What are the mates of the other days of the week?

The Rambam teaches that everything in creation was formed from four basic elements: fire, water, earth, and air.{4} Analysis of Creation reveals one of the four elements to be predominant on each day. On Sunday, Hashem created light, which is essentially the element of fire. Monday brought the creation of the sky, which the Torah describes as a separation of waters. Clearly, water is the dominant element. On Tuesday, dry land with its vegetation was created; this is the element of earth. The cycle is then repeated; on Wednesday, Hashem made two large lights to rule by day and by night, again the element of fire. On Thursday, all swimming and flying creatures were created, which were, according to the Talmud, generated from the very water itself.{5} Friday issued in the creation of animals, followed by man, both of whom emerged from the earth. Hence, man was called Adam, from the word “adamah”, which means “earth”.{6}

The Midrash is teaching that, just as everything in this world is produced by a male-female union, the elements themselves which Hashem used for Creation have male and female properties as well; these properties combine to produce the creations in which they play a predominant role. Sunday – Wednesday was the union which produced creations that are anchored by the element of fire. Similarly, Monday – Thursday produced creations which consist primarily of water. Tuesday and Friday introduced the earth-based creations. Since the basis for Moshe’s enactment was the interpretation of water as a reference to Torah, the two days selected were the ones on which the element of water was dominant.

The only element not accounted for is “ru’ach” – “air”. This element is the most spiritual of the four, which is apparent from the verses themselves: At the onset of Creation, Hashem’s presence was described as “ru’ach Elokim”.{7} In His creative mode Hashem is described as “ru’ach”. It is therefore most appropriate that “ru’ach” is dominant on Shabbos, for it is the union between Bnei Yisroel and Shabbos which generates the sanctity that permeates the remaining days of the week and gives them their existence.

On Wednesday morning we recite the verse “lechu neranena” at the end of the Psalm of the day. It is not coincidental that this verse also introduces our Friday night liturgy, for Shabbos generates the energy for the rest of the days of the week. The first three days derive their energy from the Shabbos which has passed and the next three days from the upcoming Shabbos. We therefore recite the verses of the Shabbos liturgy at the end of Wednesday’s Psalm of the week for we are entering the portion of the week which is influenced by the next Shabbos.