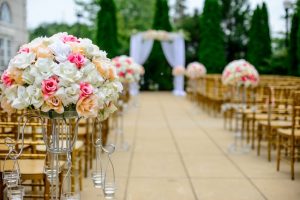 This week’s parsha introduces the laws governing “nedarim” and “shevuos” – vows and oaths. Rabbi Yehuda Hanassi, the compiler of the Mishna categorized the Oral Law into six orders, the “Shisha Sidrei Mishna”. The third of the six orders is Seder Nashim, the laws concerning relationships between men and women. The third tractate in Seder Nashim is Mesichta Nedarim. This tractate discusses the definitions and interpretations of the differing phraseology and formulae which may be used when invoking a vow or oath. In his commentary on the Mishna, the Rambam questions the appropriateness of placing Nedarim in Seder Nashim. What is the connection between vows and oaths and man-woman relationships? The Rambam answers that since the Mesichta discusses the type of vows which a man may annul for his wife, Nedarim is appropriately placed in Seder Nashim.11 However, the laws governing a man’s ability to annul his wife’s vows are only introduced in chapter ten of the tractate. If the primary reason for the tractate’s placement in Seder Nashim is these particular laws, why did Rabbi Yehuda Hanassi wait until chapter ten to discuss them?

Perhaps another answer to the Rambam’s difficulty can be offered. The primary focus of the tractate is the sensitivity to the particular nuances and inflections contained within speech. Speech gives man his ability to communicate, and to communicate well, a person must have this sensitivity. Communication is of utmost importance in marriage, and therefore, the tractate which focuses on the sensitivity that allows for enhanced communication is appropriately placed in the Order governing man-woman relationships.

1. See Rambam’s introduction to the Mishna

“…he shall not desecrate his word; according to whatever comes from his mouth shall he do”(30:3)

The Midrash teaches that one who delays fulfilling his vows is cast to the sea; we see this in the case of Yonah, who had vowed to go to Ninveh and subsequent to his delaying to do so, was cast into the sea.11 Why is this the appropriate punishment? What motivates a person to delay fulfilling his obligations? The Talmud states that invoking a vow is akin to building a bumah, a privately owned altar.22 What is the meaning of this comparison?

The reason why a person needs a vow to strengthen his convictions is that if he makes a commitment without a vow, he may change his mind. He therefore needs Hashem’s assistance to enforce him staying true to his convictions. He receives this assistance by invoking a vow, which is a G-d-given power that binds man. Utilizing Hashem for one’s own personal needs is akin to building an altar for private use in one’s backyard, rather than using the communal altar.

The knowledge that a person requires Hashem’s assistance to meet his personal needs creates a strong sense of indebtedness. Concerning this type of relationship Shlomom Hamelech said “eved loveh le’ish malveh” – “the borrower becomes the slave of the lender”33. It is common to find people who owe money, yet delay repaying it although it is available to them. By delaying the payment they restructure the relationship; instead of being controlled by the lender, they control him. Similarly, a person delaying fulfilling his vows gives him the feeling that he is not totally indebted, rather he has some control over his relationship with Hashem. Therefore, his punishment is being cast into the sea, a place where man has absolutely no control. Since his actions were motivated by the desire to control, his punishment obliterates any perception that he may actually be in control.

Moshe instructs the heads of the tribes with the expression “Zeh hadavar asher tziva Hashem” – “This is the thing that Hashem has commanded.” Rashi comments that whereas Moshe’s prophecy is introduced by either “zeh hadavar” – “this is the thing” or “ko amar Hashem” – “so says Hashem”, the prophecies of other prophets are only introduced with the expression “ko amar Hashem”.11 The Mizrachi explains that “ko amar” intimates an approximation, while “zeh hadavar” indicates that the information to follow is exactly what Hashem said. Moshe was the only prophet to receive his prophecy with “aspaklaria hameira” – “a clear lens”, a flawless perception of what Hashem was telling him. All other prophets had an “aspaklaria she’aina meira” – “an unclear lens”; they did not have an exact perception of Hashem’s words.22 Therefore, Moshe’s prophecies were introduced with “zeh hadavar”, while the other prophets’ were introduced with “ko amar”.33 The Maharal finds the Mizrachi’s explanation untenable for the following reason: In the Torah we find Moshe using the expression “ko amar Hashem” over a dozen times. It is difficult to assume that on these occasions Moshe received prophecy on a lower level.44 If Moshe’s prophecy always maintained the same elevated level, how do we account for the different terminology introducing his prophecy?

Moshe’s prophecy is unique in two ways. First, he has perfect perception of what he is being told, and second, he has the ability to relay the information in a manner by which the recipient hears it directly from Hashem. This concept is known as “Shechina medaberes mitoch grono” – “The Divine Presence speaks from his throat.”55 This second element not only allows Bnei Yisroel to hear the complete and unadulterated directive from Hashem, but gives them a certain intimacy with Hashem as well, for He is speaking with them and not through an intermediary. All of the other prophets could not give Bnei Yisroel this close relationship.

Moshe’s use of the expression “ko amar” does not denote a lower level of his perception of the prophecy, rather that Moshe’s transmission of the prophecy to the recipient is lacking the intimacy of direct communication from Hashem. The majority of the occasions upon which Moshe uses the expression “ko amar” are when relaying Hashem’s message to Pharoah.66 It is therefore understandable that this intimacy is missing. The only exception is by the sin of the Golden Calf, when Moshe also uses the expression “ko amar”.77 The reason for this is that Bnei Yisroel’s sin of the Golden Calf was in their desiring an intermediary to replace Moshe. This indicated that they did not appreciate the intimacy that existed between them and Hashem, for Moshe did not function as an intermediary. Therefore, that close relationship was lost, as indicated by Moshe addressing them with the expression “ko amar”.