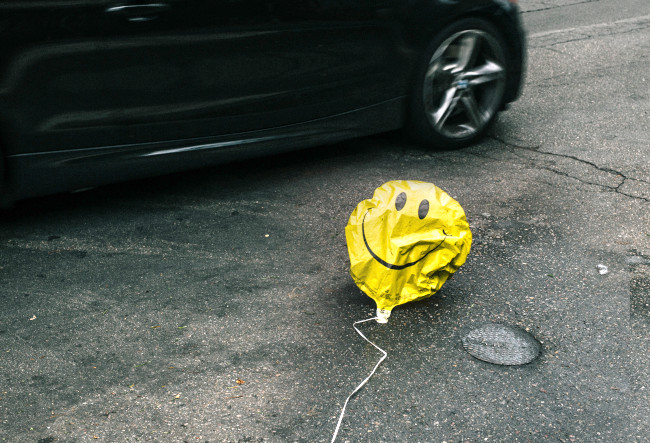 Happy To Be Unhappy 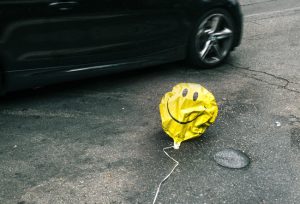 “The people took to seeking complaints;it was evil in the eyes of Hashem…”(11:1)

In this week’s parsha we are introduced to a segment of Bnei Yisroel who are described as “misonenim” – “complainers”. The Torah records that they voiced three major complaints. Although Hashem, in His great kindness, miraculously allowed Bnei Yisroel to complete a three-day journey in one day in order to hasten their arrival in Eretz Yisroel, the misonenim complained about the arduous journey that they were being forced to undertake.1 They also voiced their dissatisfaction with the manna, the Heavenly food supplied to them daily. Although the manna supplied them with all their nutritional needs and accommodated any flavor that their palates desired, they still had the gall to express their preference for the diet they had in Egypt as slaves.2 Finally, they cried about the relationships that became prohibited to them when they accepted the Torah.3 What motivates a person to be an incessant complainer? Why would a person attempt to turn all the positive that has been done for him into negative?

The Torah records how Hashem, angered by the misonenim sent a fire to consume them.4 Rashi cites an opinion that those who were killed were amongst the leaders of the generation. They had sinned at the Sinaitic revelation when “they gazed at Hashem”. However, Hashem refrained from executing them at that time in order not to mar the celebration of receiving the Torah. It was now that the deferred punishments were meted out.5 These complaints took place seven months after the Sinaitic revelation. Why was it at this juncture that the leaders were punished?

In order for a person to avoid feeling indebtedness and responsibility for the good which has been done for him, he seeks a negative perspective towards all he has. Such a person makes himself miserable so that he will not have to acknowledge that what he has is good. Rashi comments that the misonenim were looking for an excuse to separate themselves from Hashem.6 By denying the good which He had done for them, they would not feel any responsibility to reciprocate, and were comfortable with severing the relationship. It is at this juncture that those who “gazed at Hashem” were punished. Their original error could have been written off as an outgrowth of wanting to be closer to Hashem as Chazal say, “ha’ahavah mekalkeles es hashurah” – “love distorts the boundaries of propriety”.7 However, through the complaints of the misonenim, it became self-evident that they did not desire a closer relationship with Hashem. It was then that they were taken to task for their inappropriate behavior at the Sinaitic revelation.

The Talmud relates that any commandment which we initially accepted with rejoicing, such as bris milah – circumcision, would be performed joyously in later generations. However, any commandment that was received with resistance, would be fulfilled in later generations with aggravation. Specifically, since Bnei Yisroel wept over being prohibited from marrying their family members, the result was that there would never be a Kesubah, a marriage document that records the couple’s financial obligations to one another, written that did not involve some form of dispute.1 Why are circumcision and prohibited relationships the two examples utilized?

The Maharal questions why, in fact, it became prohibited to Bnei Yisroel to marry their family members; according to the Talmud, in preparation for receiving the Torah, Bnei Yisroel underwent complete conversion i.e. circumcision, ritual bathing, and the bringing of sacrifices.2 By Torah law, when a person converts he severs all preexisting family relationships. Therefore, technically, if a brother and sister were to convert, as Jews they would be permitted to marry one another, based upon the dictum “ger shenisgayer kikatan shenolad dami” – “A convert has the status of a newborn child.” Therefore, asks the Maharal, why did the conversion process of Bnei Yisroel not sever all preexisting family relationships, permitting them to marry their family members?3

The reason why conversion severs preexisting family relationships is that when a person becomes a Jew, he disconnects himself from his previous heritage, and connects himself with the heritage that began with our Forefather Abraham. This is the reason for the custom of naming converts “ben Avraham” – “the son of Abraham”. The conversion of Bnei Yisroel at Har Sinai did not sever their previous heritage; on the contrary, it reaffirmed and reconnected them back to their ancestry. It is because of their connection to their ancestry that they merited to receive the Torah. Therefore, all previous family relationships remained in tact.

The misonenim were complaining that since they had undergone conversion, they should have been permitted to maintain relationships with family members, as is standard for the laws of conversion. Their mistake was that Bnei Yisroel’s conversion was not a standard one; rather, it was akin to the circumcision which they had to undergo. The function of circumcision is to reconnect us to the covenant of Abraham, as we recite in the blessing for circumcision “lehachniso bevriso shel Avraham Avinu” – “to enter him, i.e. the one being circumcised, into the covenant of our Patriarch Abraham”.

It is for this reason that Chazal compare Bnei Yisroel’s reaction to the precepts governing prohibited relationships and circumcision. They are alluding to the source of Bnei Yisroel’s mistake; although they underwent conversion, this process did not serve to sever their preexisting heritage, rather to reaffirm it.