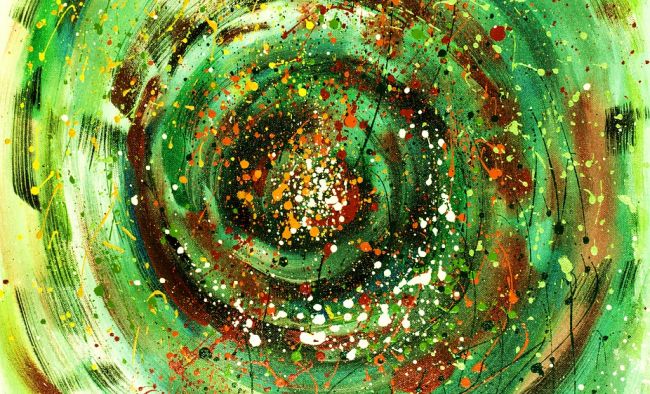 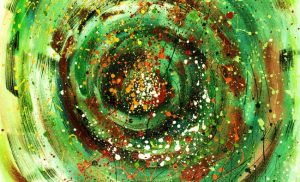 From the juxtaposition of the section discussing the Priestly gifts to the laws of the Sotah, a woman suspected of infidelity, the Talmud derives the following: The consequence of a person refusing to give the Kohein his tithes is that his wife will be suspected of infidelity. He will, thereby, be forced to turn to the Kohein to perform the procedure of the “bitter waters”, which will clarify whether he may resume relations with his wife.1

The Maharal asks: If the message is that one who does not appreciate the Kohein, apparent in the fact that he does not give him his tithes, will eventually need his services, why does this have to manifest itself through the law of Sotah? The same message could be conveyed by any number of services requiring a Kohein.2 Furthermore, why do his actions result in his wife being suspected of indiscretion?

If a person does tithe, but refuses to give it to the Kohein, what he is doing is exerting his control over the Kohein. The Torah is teaching us that a person who feels the need to exert his control over others probably relates to his spouse in the same manner. It is this domination over his wife which either causes her to rebel or results in his uncontrollable jealousy, which makes it necessary for her to drink the “bitter waters”. His own wife, over whom he exerts control, becomes prohibited and the only one who can permit him to resume relations with her is the Kohein. He now faces the realization that he has no control over either party.

An Act Of Intent

The leaders of the twelve tribes brought identical offerings for the dedication of the altar. Nevertheless, the Torah records each leader’s offering individually, expending seventy-two verses in the process. The Talmud and the various Midrashim go to great lengths, expounding upon the different names of the leaders, to show how each leader’s motivation reflected his own unique abilities.1 Although this teaches that each leader had his own individual motivation for the offerings he brought, would the same conclusion not have been derived had the Torah recorded the offerings only once, mentioning that all twelve leaders brought the same offering?

Two individuals can give charity with very different motivations; one person can give charity because he finds fulfillment in performing a benevolent act, and the other can give charity because of his concern for the recipient. In such a case, it is not the same act with two divergent motivations which is being performed, rather two completely different acts of charity. A person’s motivation gives new definition to, and is therefore apparent in the very act itself. Whether it involves a change in the inflection of the benefactor’s voice or the actual manner in which he gives the charity, even the recipient can sense a difference in the act depending upon the motivation involved. It is this very message that the Torah is impressing upon us. The reason for the repetition of each leader’s offering is that since they had different motivations, each offering was unique, and therefore, worthy of being recorded.

“they shall confess the sin that they committed…” (5:7)

The Torah describes the process of atonement for an individual who unlawfully withholds money which belongs to another and then compounds his iniquity by swearing falsely. A crucial element of his atonement is known as “viduy” – “confession”. The Rambam cites this verse as the source for the general commandment of repentance. The Rambam concludes with the words, “kol hamarbeh lehisvados haray zeh meshubach” – “anyone who confesses exceedingly is worthy of praise”.1 The secular notion of confession conjures up images involving admission of guilt and expiation, a person psychologically beating and berating himself for his unworthiness. It is difficult to consider a person who indulges in this type of behavior as one who is worthy of praise. On the contrary, such behavior usually encourages a person to violate the same prohibition again; he either views the self-flagellation as atonement for his actions and would be willing to endure this type of atonement if tempted again by the same actions, or he reaches a point where his opinion of himself is so low that he feels justified in committing the violation again for he feels he is worthy of nothing more. What, then, is the Jewish definition of confession?

On one other occasion the Rambam uses a similar expression; concerning the mitzva of recounting the exodus from Mitzrayim on Pesach night the Rambam states “kol hamarich bedevarim haray zeh meshubach” – “anyone who recites exceedingly is worthy of praise”.2 The recitation of the Haggadah on Pesach night is a fulfillment of this precept. The passage describing the bringing of the first fruits which contains a brief sketch of Jewish history forms a major part of the Pesach Haggadah.3 The Talmud refers to this passage as “viduy bikkurim”.4 In the entire passage there is no mention of guilt or confession. Why would Chazal describe this recitation as a viduy?

The term “viduy” has the same root as the word “todah” – “thanks”. This comparison is emphasized through the following Midrash: When Adam repented for his sin, he composed the Psalm “Tov Lehodos” – “It Is Good To Give Thanks”. The Midrash relates that “lehodos” should be read as “lehisvados” – “to confess”.5 What is the connection between giving thanks and confession?

When a person offers gratitude for a positive action which has been performed for him, he acknowledges the benefit which he has received. The word “todah” stems from the word “modeh” – “acknowledge”. Confession forces a person to verbalize his acknowledgement of the benefits which Hashem has granted him and to show that he realizes that transgressing one of Hashem’s mitzvos is, in essence, self-destructive, for adhering to the mitzvos is beneficial to him. Therefore, it is praiseworthy to continuously acknowledge the benefit Hashem has bestowed upon us for this will ensure that our commitment to adhere to the precepts is strengthened. Similarly, on Pesach night we recount the multitude of miracles that Hashem has performed on our behalf throughout history and express our gratitude for His kindness. There is no limit that can be placed upon acknowledging our obligations toward Hashem because of the great kindness He has shown