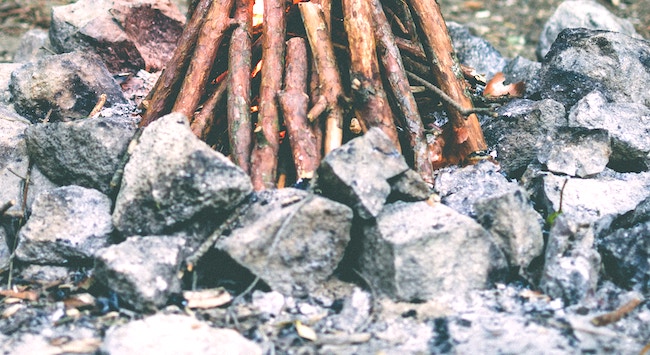 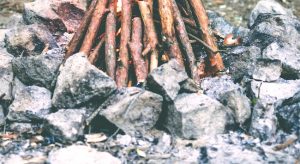 The Torah relates that a person who was found gathering sticks on Shabbos, a capitol offense, was subsequently executed.1 Rashi comments that since the Torah identifies this episode as transpiring “when Bnei Yisroel were in the desert”, a seemingly obvious piece of information, we can deduce that the transgression occurred immediately after entering the desert. Since the Torah previously stated that Bnei Yisroel observed the first Shabbos in the desert, the violation, continues Rashi, must have occurred on the second Shabbos.2 Both the Vilna Gaon and the Netziv add that the this violation was not an isolated incident, rather a reflection of the entire nation’s laxity in the observance of Shabbos.3

The Midrash teaches that the observance of Shabbos is equal to the observance of all the precepts.4 How could the “dor de’ah” – “the generation who received the Torah” show such disregard for this most significant mitzva? Compounding this difficulty is the Midrash which states that prior to fleeing from Mitzrayim for killing an Egyptian taskmaster, Moshe succeeded in petitioning Pharaoh to grant the Jewish people the Shabbos day as their day of rest.5 Consequently, their lack of observance in the desert was not a result of the imposition of a new precept; they had previously remained faithfully observant of this mitzva for many years. What possible reason could there be for the change in their attitude towards Shabbos observance?

It this last century we have witnessed an entire segment of the Jewish community living in Eretz Yisroel who are completely devoid of Torah and mitzvos. One would think that living in the Land which allows for the most intimate relationship with Hashem would have the opposite effect upon a person. How do we understand this troubling phenomena? There exists a misconception that the only purpose for observing the mitzvos is to maintain a Jewish identity and ensure Jewish continuity. Consequently, living in Eretz Yisroel can be erroneously perceived as replacing the need for mitzva observance, for living in the Jewish Homeland maintains Jewish identity and continuity. The flaw in this reasoning is that the observance of mitzvos is the vehicle by which we establish and maintain a relationship with Hashem; without mitzvos no relationship exists The Ramban explains that since it is possible to achieve a more intimate relationship with Hashem in Eretz Yisroel, we have a greater responsibility for mitzva observance there.6

In addition to being a precept, Shabbos serves the function of maintaining the Jewish identity and allowing a Jew to experience the intimacy of a relationship with Hashem on one day per week. Living as angels, subsisting on heavenly manna and being isolated from all the nations of the world led Bnei Yisroel to believe that they no longer required observance of the Shabbos to maintain their Jewish identity. Furthermore, since they were experiencing a heightened intimacy with Hashem on every day of the week, they perceived that Shabbos was no longer necessary They failed to recognize that it is the precepts themselves which allow Bnei Yisroel to enjoy a relationship with Hashem. Their erroneous perception resulted in a laxity that affected the Shabbos observance of the entire nation.

This week’s parsha introduces the episode of the spies who spoke disparagingly concerning Eretz Yisroel. As a result of the spies’ actions the entire generation of Bnei Yisroel who accepted their evil tidings were doomed to die in the desert.1 Rashi explains that the reason why this parsha is juxtaposed to the story of Miriam’s affliction with tzora’as recorded at the end of last week’s parsha, is that the spies should have taken a lesson from Miriam regarding the consequences of speaking Loshon Horah.2 The prohibition of speaking Loshon Horah is amongst the most severe offenses recorded in the Torah. The Chofeitz Chaim enumerates the many positive and negative precepts violated when engaging in Loshon Horah.3 Why did the spies, who where the greatest leaders of the generation, require the incident with Miriam to teach them a precept which is clearly delineated in the Torah?

The Torah identifies the sin of the spies as “vayatziu dibas ha’aretz asher taru osah” – “and they presented evil tidings concerning the land that they had spied out”.4 Although we can infer that giving such a negative account of Eretz Yisroel reflected the spies’ deep-rooted lack of faith in Hashem’s ability to fulfill His promise that Bnei Yisroel would enter Eretz Yisroel, the Torah focuses upon the Loshon Horah spoken concerning the Land.5 Based upon this verse, the Chayei Adam records speaking disparagingly about Eretz Yisroel as a separate prohibition. Why is it so grievous an offense to speak Loshon Horah regarding a piece of land; an inanimate object?

In last week’s parsha, immediately after recording the Loshon Horah which Miriam spoke against Moshe, the Torah states “veha’ish Moshe anav me’od” – “and the man Moshe was exceedingly humble”.6 What is the connection between the two verses? Speaking Loshon Horah is generally portrayed as “bein adam l’chaveiro” – “a sin against society”, the heinous nature of the sin reflected by its anti-social repercussions. Although the aforementioned is valid, the Torah is revealing to us that the most destructive force which is unleashed when we engage in Loshon Horah is the damage we inflict upon ourselves. The Torah records the exceedingly humble nature of Moshe immediately after Miriam’s criticism of him to teach us that he was completely unaffected by her comments. The damage caused by Miriam’s words was the damage she caused herself. Loshon Horah causes part of the transgressor to die; this is reflected by the tzora’as – dead flesh, which is a natural by-product of the transgression. Consequently, Aharon pleaded with Moshe to pray for their sister, “al na sehi kemeis” – “let her not be like a corpse”.7

This message was not apparent until the story of Miriam, when it became evident that a person has violated the sin of Lashon Horah even if the subject of the tidings is unaffected. This should have prevented the spies from speaking Loshon Horah, even against an inanimate object.