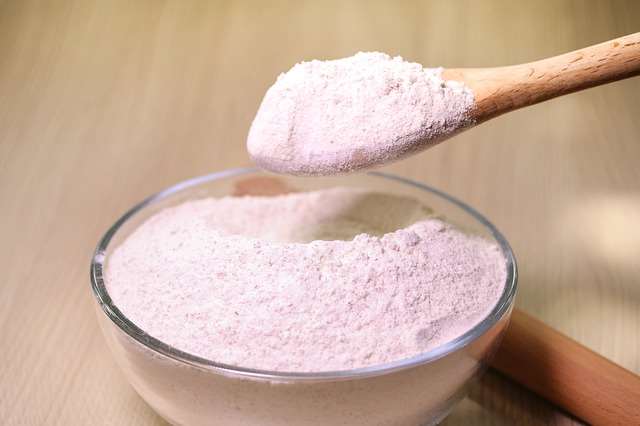 The Plight of the “Flour People” 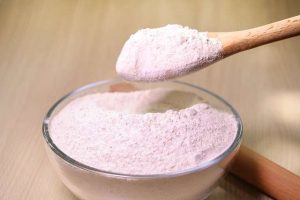 These divrei Torah were adapted from the hashkafa portion of Rabbi Yissocher Frand’s Commuter Chavrusah Tapes on the weekly portion: CD #1026 – Salt on the Table. Good Shabbos!

In Parshas Vayikra, the Torah talks about atonement offerings that a person brings after having sinned. Following a listing of various iniquities [Vayikra 5:1-4], the Torah concludes: “When one shall become guilty regarding one of these matters, he shall confess what he has sinned. He shall bring as his guilt offering to Hashem, for his sin that he committed, a female from the flock – a sheep or a goat – for a sin offering; and the Kohen shall provide him atonement from his sin.” [Vayikra 5:5-6].

The Torah then specifies an alternate offering that may be substituted if the person who sinned cannot afford the aforementioned animal: “But if his means are insufficient for a sheep or goat, then he shall bring as his guilty offering for that which he sinned, two turtledoves or two young doves to Hashem, one for a sin offering and one for an olah offering.” [Vayikra 5:7] Thus, a poor person is given a dispensation – he does not need to bring an expensive animal as a sin offering, he may bring doves. However, when an animal is brought, it serves as a single sin offering, when birds are bought, the sinner brings a double atonement — a sin offering and an olah offering.

This needs to be understood. The atonement for a sin requires a sin offering, not an olah offering — as is evident from the requirement to bring a single female sheep or goat (for one who can afford it). We understand that someone who cannot afford the animal offering may bring a substitute bird offering. However, why now does he need to bring one for a sin offering, and also one for an olah offering?

The Chida, in his sefer Pnei Dovid, quotes the Ibn Ezra’s explanation, but is troubled by a question. There are actually three levels in the Torah regarding the bringing of a sin offering. As mentioned above, there is the person who can afford to bring an optimal sin offering — a lamb. Then there is a person who cannot afford a lamb. He needs to bring the two doves, one as a sin offering and one as an olah offering. But then there is a third level — the poorest of the poor. “But if his means are insufficient for two turtledoves or for two young doves, then he shall bring, as his guilt offering for that which he sinned, a tenth of an ephah of fine flour for a sin offering; he shall not put frankincense on it, for it is a sin offering.” [Vayikra 5:11]. Thus, the “poorest of the poor” brings a flour offering, which almost everyone can afford.

The Pnei Dovid asks the obvious question — why does he not need to bring an olah offering as well? If the fellow who could not afford the lamb, but could afford the birds, has complaints against the Almighty, which trigger an obligation to bring an olah, then certainly this extremely poor person, who cannot even afford bird offerings, must harbor animosity towards the Almighty for his plight in life, such that he too should need the additional atonement of an olah offering!

The Pnei Dovid answers that the “poorest of the poor”, despite the fact that he will have complaints about his extreme poverty, is shown leniency from the Almighty. The Ribono shel Olam says, “I understand. I sympathize with his plight and with the resulting grievances. I will not demand the atonement of an olah offering from him.” When a person is in such pain, the Almighty does not hold him accountable for what he may think or say. Considering his dire straits, he is given some slack regarding the thoughts that enter his mind, and the words that come out of his mouth.

Chazal say, regarding Iyov, “A person is not held accountable (for what he says) in the time of his (extreme) pain.” [Bava Basra 16b] Likewise, the Pnei Dovid says that the poor person, who must bring bird offerings (rather than an animal), has negative thoughts about his poverty and needs atonement for that; however, the Almighty has mercy on the totally destitute person, who cannot even afford birds, and has complaints against G-d and is angry with Him. Hashem empathizes with his situation, and does not ask for atonement for such understandable feelings of resentment and complaint.

The sefer Bei Chiyah by Rav Elisha Horowitz of Long Island uses this idea to explain a pasuk in Tehillim: “Recall not against us the sins of the ancients (avonos Rishonim); may Your mercies meet us swiftly, for we are exceedingly impoverished.” [Tehillim 79:8]   He interprets the words of Dovid HaMelech to mean “Please do not hold against us the avonos Rishonim -– the fact that we have, in the past, had evil thoughts against the Ribono shel Olam — Your Mercy should overpower the recollection of those sins.” Why? Because we are so poor! We are like the “poorest of the poor.” Just like You do not hold the “poorest of the poor” accountable for the extra atonement of an olah offering for their sinful thoughts, so too, do not hold us accountable either.