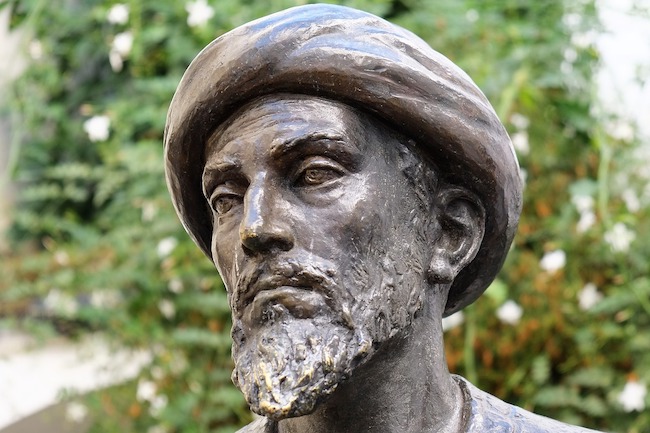 Rambam Min HaTorah – Minayin? / Now You Are In Charge 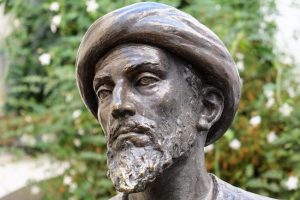 Rambam Min HaTorah – Minayin?  (Where is Maimonides Alluded to in Chumash?)

As we all know, the Rambam played a major role in the development of Klal Yisrael.  It is axiomatic that every major development in Jewish history is alluded to in the Torah.  The Vilna Gaon was once asked – where is the name of the Rambam alluded to in the Torah?  The Vilna Gaon cited a pasuk in Parshas Bo: “Hashem said to Moshe, ‘Pharaoh will not listen to you, in order to increase My wonders in the land of Egypt (Revos Mofsai B‘eretz Mitrayim).'” [Shemos 11:9].  The beginning letters of the words Revos Mofsai B’eretz Mitrayim are Reish Mem Beis Mem – Rambam.

This is amazing because the Rambam was in fact a “wonder” in the land of Egypt.  He lived a great part of his life in Eretz Mitzrayim because he was persecuted in his home country of Spain.  He ran away to Egypt where he lived in Alexandria and became the court physician.  He literally became a “mofes” [wonder] in the Sultan’s court.  He writes that lines of patients waited hours to see him.  Despite all this, he authored his major works of Jewish scholarship that made a lasting impression on all subsequent Rabbinic literature.  This is a Wonder.  Thus, the Gaon pointed out that the words Revos Mofsai B’eretz Mitzrayim allude to Rabbi Moshe Ben Maimon, both in terms of their meaning and in terms of the acronym.

Now You Are In Charge

The first mitzva that Klal Yisrael receives as a nation is “This month (Nissan) shall be for you the first of the months…” [Shemos 12:2]  The Jewish Court is obligated to establish the months of the year based on the sighting of the new moon. Then, based on the proclamations of the new month, Beis Din establishes the dates of the Jewish holidays (Yomim Tovim).

Immediately after the above-cited pasuk, the Torah launches into the mitzvos associated with the Korban Pesach [Paschal offering] including the associated mitzvos of eating Matzah and Marror.  This is all in Parshas Bo.

If you and I had to pick what should be the first mitzva that Klal Yisrael would receive as the Chosen Nation, I do not think any of us would have suggested that that mitzva should be “This month shall be for you the first of the months…”  True, it is a positive commandment.  Beis Din needs to do it on behalf of Klal Yisrael.  However, we would not consider it a “fundamental mitzva.”

Yet, that is not the first mitzva.  Since this entire parsha – from that point on – is about Pesach, it is logical to start the enumeration of mitzvos with the mitzva to offer the Paschal sacrifice.  Why then, did Hashem choose the setting up of the calendar system as the very first mitzva that Klal Yisrael received as a nation?

The Kli Yakar gives a very practical answer to this question.  In order to observe the Yom Tov of Pesach, we need to begin by establishing the New Moon of the month of Nissan (so that we will be able to determine when Pesach occurs).

I recently picked up a sefer called Chikrei Lev from a Rabbi Label Hyman, who was the Rav of the “Gra Shul” in the Bayit Vegan neighborhood of Jerusalem.  [He writes in the introduction to his sefer that he is originally a Baltimorean who went to the Talmudical Academy (T.A.).  He has a whole section mentioning old time Baltimorean rabbis and educators who had an influence on him.]  He wrote a beautiful piece analyzing why Beis Din‘s duty to proclaim Rosh Chodesh is in fact the first mitzva.

His basic point is that something very significant happened to Klal Yisrael when they were given this mitzva and the power to make Rosh Chodesh: They were given power over the moon.  If we look in Sefer Bereishis [1:18], one of the first times that the Torah refers to the moon it says “And to rule in the day and in the night…”  The sun rules during the day and the moon rules at night.  The moon is a force in creation.  The Ramban writes in his Commentary to Bereishis that the tides and the waters of the world are all dependent on the moon.  The moon has dominion over significant aspects of nature.  When Klal Yisrael was given the power to declare Rosh Chodesh – they were empowered over one of the most powerful phenomenon in the world, namely the moon.  Not only were they given the power over the moon, they were given the power over the calendar as well.

In fact, Chazal say that until this point in history, the Ribono shel Olam established when the Yomim Tovim occurred.  Chazal say that Yitzchak was born on Pesach, Avraham ate matzah, and Yaakov and Eisav brought the tasty dishes to their father (to receive their blessings), all on Pesach.  Who determined the timing of Yom Tov?  The Medrash says that the Almighty established when the holidays occurred.  At that point in history, the power of establishing the calendar was relegated to Him.  Now He gave that power to Klal Yisrael.

It is an unbelievable power.  When Beis Din decides which day is Rosh Hashanna, it automatically determines which day is Yom Kippur (ten days later).   If Beis Din decides, for whatever reason (and the halacha is that even if they made a mistake in their calculations, whether willfully or un-willfully their proclamation is the final word on the matter). If Rosh HaShanna is on Monday, then Yom Kippur will be on Wednesday.  Even if the Ribono shel Olam in Heaven knows that this is not the way it is supposed to really be, if Beis Din said that Wednesday is Yom Kippur then that is when Yom Kippur will be.  If someone eats on Wednesday, he deserves Kares.  If someone does not eat on Tuesday, he will be making a mistake.  That is giving unbelievable power to Klal Yisrael.

The Gemara [Rosh HaShanna 8b] states, “This teaches that the Heavenly Court does not enter into Judgment until the “Lower Court” sanctifies the New Moon.”  Rosh HaShanna is a very powerful day.  All creatures in the world pass before Him like “bnei Maron.”  The Ribono shel Olam sits in judgement on the entire world.  Who will live and who die?  Who determines when this auspicious day takes place?  The Gemara says that the Almighty tells his Angels, “I am not going to sit in Judgement of the world until the Earthly Court establishes which day is the New Moon and therefore Rosh HaShanna.

This is an amazing power and that is the reason that this had to be the first mitzva.  When a person is a slave, he is powerless.  The only thing that can elevate a person out of this stage of servitude is to give the person amazing power.  The Ibn Ezra writes there is nothing harder for a human being than to be a slave to another human being.  Turning a nation that has been enslaved for 210 years into a free people requires a dramatic shift in their psychological mentality.  The most effective way to accomplish that is to give them power – amazing power: Let them know that “Now you are in charge.”

This is the medicine that was needed to remove their slave mentality.  That is why Kiddush HaChodesh had to be the first mitzva.

Chazal say that the moon complained to the Ribono shel Olam and said, “Two kings cannot share one crown.”  In other words, both the sun and the moon were given dominion over the heavens and such a “division of power” is simply not feasible.  According to the Medrash, the Almighty accepted the argument of the moon and therefore diminished its power.  From that point forward, the moon and the sun were no longer co-equal powers, but rather, Hashem ordered the moon to diminish itself.

The Medrash continues that at that point, the moon protested – “Because I offered a valid argument, I should be punished?  I was right – two equal kings is not a feasible arrangement!”  The Almighty then responded, “You are right – I will give you a reward.  You are called ‘the small light’ (haMaor haKatan).  Yaakov Avinu was called ‘katan’; Dovid HaMelech was called ‘katan’.  I am going to call the greatest people in history after you – they too are going to be called ‘katan’.  Not only that, but when you come out at night, I am going to give you billions of stars to accompany you.”

This does not make any sense.  The moon apparently did something wrong.  The Ribono shel Olam punished the moon.  Then the moon comes back and said “But that is not fair!” and the Ribono shel Olam responds, “Yes, you are right.  Therefore, I am going to reward you…”

Rabbi Hyman says a beautiful idea.  Hashem told the moon to make itself smaller.  It could have fulfilled the Divine Command by making itself 5% smaller than the sun.  I do not know the exact proportions but the moon is far smaller than the sun.  Furthermore, the moon could have just made itself smaller. It did not need to give up its own source of light (which it apparently originally had) such that it is now just a reflection of the sun.  Why did the moon do that?  In fulfilling the Divine Command, it did not just perfunctorily obey the command.  It learned its lesson.  It had been too haughty, it had been too proud and now when told to “minimize itself,” it fulfilled this mitzva “mit alle hidurim” [above and beyond the requirements of the law and the call of duty].  The moon made itself a shining example of what it means to be humble.  So now, the moon demonstrates what it means to have power, but to know how to handle that power.

Therefore, as a “consolation prize,” the Ribono shel Olam says, “You are going to have billions of stars and I am going to name great people after you.”  The Chikrei Lev writes that is also the lesson of the mitzva of proclaiming the new moon.  I gave you amazing power.  You have control over the moon and you establish when the Yomim Tovim occur.  You establish when Rosh HaShanna and Yom Kippur occur.  You are in control.  But never forget the lesson of the moon.  Never forget that too much power can go to a person’s head and it can corrupt.