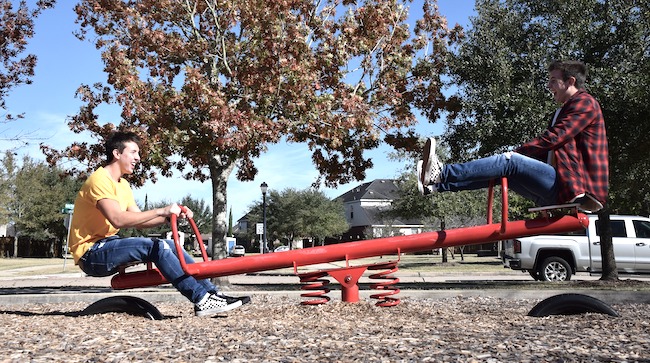 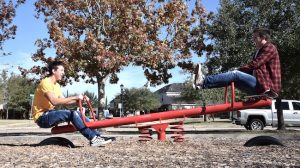 These divrei Torah were adapted from the hashkafa portion of Rabbi Yissocher Frand’s Commuter Chavrusah Tapes on the weekly portion: #1157 – But the Butcher I Buy From Has a Reliable Reputation! Good Shabbos!

The Difference Between a Nazir and a Metzorah

This does not mean the person is put onto a stretcher and wheeled to the Kohen. Nevertheless, it is a peculiar grammatical construct. It seems ironic that by the parsha of Nazir in Parshas Nasso the Torah uses an almost identical introduction to the parsha: Zos Toras haNazir: “This is the law of the Nazir: On the day his abstinence is completed, he shall bring himself (Yavi oso) to the entrance of the Tent of Meeting” [Bamidbar 6:13]. These are parallel pesukim!

Rashi over there on the words Yavi Oso interprets “he shall bring himself”. Rashi comments that this is one of three occurrences of the word ‘Es‘ that Rabbi Yishmael expounds upon. Rav Yeruchem Levovitz, the Mirer Mashgiach, zt”l, raises the question – why the difference? Why by Metzorah does it say “He is brought to the Kohen” and yet by the Nazir it says he brings himself?

Rav Yeruchem answers that this highlights a fundamental difference between the Nazir and the Metzorah. A Nazir is in charge of himself and a Metzorah is subject to other forces that are in charge of him.

Why does a person become a Metzorah? It is for a variety of reasons. First of all, he cannot keep his mouth shut! Why can’t he keep his mouth shut? It is because he can’t control himself. Who is in charge? His Yetzer HaRa is in charge. It is his lust, for whatever reason, to gossip and speak Lashon haRa. Another cause of Tzaraas, according to the Gemara is Tzarus Ayin (stinginess). He is very cheap. Why is he cheap? It is because he likes money. So, who is in charge? Do I control my money or does my money control me?

The whole parsha of Metzorah deals with a person who is subject to external forces – be it his mouth, be it his evil inclination to speak Lashon haRa, be it his evil inclination to accumulate wealth, or be it a result of personal pride. All these conditions that the Gemara mentions in connection with Tzaraas are symptomatic of someone who is not a Baale-bos over himself. Concerning a person who is not in charge of himself, the Torah emphasizes: And he shall be brought (v’hoovah) to the Kohen.

We have often quoted the Rabbinic teaching: There is no freer person than one who occupies himself with Torah. Why is he a free man? Does he not have 613 commandments? Is he not bound by a myriad of Rabbinic restrictions? The answer is, because such a person can be in charge of himself. He can say “No” to his evil inclination.

There is a famous vort from Rav Chaim Volozhin on the pasuk “u’mosar ha’Adam min haBeheima – ayin.” [Koheles 3:19] (there is no difference between man and animal). Rav Chaim Volozhin homiletically interprets the pasuk as follows: Do you know what distinguishes a man from an animal? Ayin – The ability to say ‘No!’ When an animal is hungry, he eats. When a human being is hungry, he does not need to eat. He can control himself. That is the difference between a Nazir and a Metzorah.

The process of Negaim involves the Kohen viewing the blemish on the skin of the person and then ruling whether or not that blemish is Tzaraas. The Mishna says [Negaim 2:5] “A person can view (and rule on) all blemishes except his own.” The simple and correct interpretation of this Mishna is that even though a Kohen can pasken on anyone else’s blemish, but if the Kohen has a blemish of his own, he may not view it and pasken on its status.

Beyond the simple and correct interpretation of this Mishna, there is also a life’s lesson to be learned from the Mishna’s formulation of this halacha. The life’s lesson is that “All blemishes a person can see” – meaning I can look at other people and notice their faults. “This person has a temper, this person is haughty, this person is envious” and so forth. I see every fault under the sun in other people! But “except for his own blemishes” – We do not see our own faults. They can be staring us in the face, but we do not see them.

This is one of the great challenges of life. We all have personal biases that do not allow us to see our own shortcomings. We are not even aware of these biases. I always comment that if ever you hear a person say “I may be no’geah (personally affected), but…” do not pay attention to the rest of the sentence. There is no such thing as “I may be no’geah but…” If you are affected by the matter then your opinion is for sure tainted. This is the life-lesson of the Mishna’s formulation “All blemishes a person may see except his own blemishes.”

I want to relate two incidents that vividly illustrate this phenomenon.

There was a person named Rav Dovid Mirer from the city of Mir and a second person named Rav Dovid Novardok from the city of that name. (In Europe people were often identified not by their last names, but by their city of origin.) The cities were not far from each other, and the two Dovids knew one another. In the course of their business dealings with one another, they had some kind of dispute which they brought to a Din Torah. They came before the great Rav Chaim Volozhiner to adjudicate their case.

Several months later, Rav Chaim Volozhiner met Rav Dovid Novardok and asked a favor of him: “There are two Jews that I know who asked me to hear their Din Torah. I am too busy to adjudicate their dispute. Would you mind taking the case for me? I will even pay you for your wasted time (Schar Batalah) ten gold pieces. But I want you to hear the case and you adjudicate it.”

Rav Dovid Novardoker accepted the assignment. He went to adjudicate the case. The two people sat down in front of him and they each presented their claims. Rav Dovid Novardoker ruled in favor of one of the parties. Rav Chaim Volozhiner later asked him “Nu, who did you rule like?” He responded “I ruled like this one person.”

It hit him suddenly like a bolt of lightning. It was the exact same case that he had with Rav Dovid Mirer. But he had not been able to see then how his logic was wrong because it was dealing with his own pocket. And yet, when he saw these same facts being replayed with other individuals, he was easily able to see the truth.

The following is an even more startling incident:

The Shach (Rav Shabsi Kohen, famous Shulchan Aruch commentary (1621-1662)) once had a Din Torah with another Jew. However, nobody in the Shach’s city wanted to adjudicate the case because they did not want to take a case where they might have to rule against the Gadol Hador. The Shach and his disputant decided they would travel to another city where nobody knew the Shach and they would have the case heard there. In the seventeenth century, people did not know what the Shach looked like. There were no Jewish newspapers and there were no photographs. People did not see the Shach burning his chometz or lighting his Chanukah candles or making Birkas Ilanos – so people did not know what he looked like!

They went to a Rav in another city. The Shach gave his side of the story and his disputant gave his side of the story and the Rav ruled against the Shach. The Shach said “Ok. You are the Rav. You have paskened, I need to accept it. But tell me, why did you pasken like that?” To which the Rav said, “I paskened that way based on the opinion of the Shach in Choshen Mishpat (the section of Shulchan Aruch dealing with monetary matters) and he quoted the exact chapter and paragraph where the Shach’s ruling was recorded.

At this point the Shach was startled. “It is an explicit Shach! It is me!” But even though the Shach ruled clearly in an abstract case, he was still not able to apply it to himself. He was blinded by his personal involvement in the matter! It was because “all blemishes a person may rule on, except on his own blemishes.” We see everyone else’s faults except our own. This is the scary part about negiyus.

The Haftorah of Parshas Tazria is the story of Na’aman, the Gentile general of the King of Aram. He had Tzaraas and could not find a cure for his condition. He came to the Prophet Elisha seeking help. Elisha told him, “Go immerse in the Jordan River.” Na’aman dipped himself in the Yarden. Lo and behold, his Tzaraas was cured. This is the story of Chapter 5 in Melachim II.

The Rokeach, an early Biblical commentary asks: Where did Elisha get the idea that the way for Na’aman to cure himself from Tzaraas would be to immerse in the Yarden?

I would never ask such a question because a Navi is a Navi, and if a Navi says to go dip in the Yarden, you do that. If the Navi says to stand on your head, you do that. You assume the Navi is telling you the word of G-d. But the Rokeach is a Rishon, and he asks this question and gives an incredible answer that only a Rishon could give.

The Rokeach says that there are three—and only three—pesukim in the entire Torah that both begin with the letter Nun and end with the letter Nun. The first pasuk is “Nega Tzaraas, when it will be found in man, he shall be brought to the Kohen.” [Vayikra 13:9]. The second pasuk is “Navi from your midst amongst your brethren like myself shall the L-rd your G-d raise up, to him you shall listen (tishma’un)” [Devorim 18:15]. The third pasuk is “Nachnu (we) shall cross over armed, before Hashem, to the land of Canaan, and ours shall be the heritage of our inheritance across the Jordan.” [Bamidbar 32:32]. Those are the only three pesukim in all of Chumash that both begin and end with the letter Nun. One is about Tzaraas; one is about a prophet; and one is about the Yarden.

The Rokeach says this was Elisha’s insight: The three pesukim reference a Metzorah (Na’aman), a prophet (Elisha), and the Yarden. The clear message is that the prophet should tell the Metzorah to immerse in the Yarden.