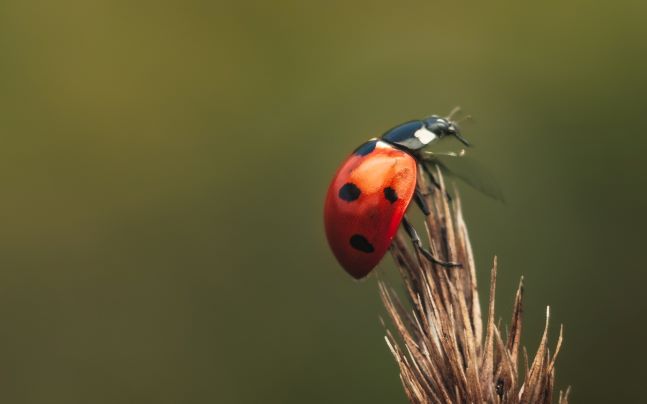 The Highest Form of Divine Service Is Going Against Your Nature 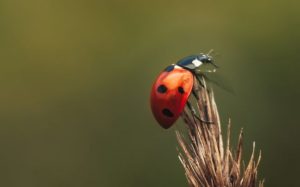 When Klal Yisrael left Mitzrayim, the pasuk in this week’s parsha says that no dogs barked at them (Shemos 11:7). The pasuk in Mishpatim says “People of holiness shall you be to Me, you shall not eat flesh of an animal that was torn in the field, to the dog you shall throw it” (Shemos 22:30). Rashi comments that dogs were singled out to be thrown the non-kosher meat as an indication that the Almighty does not withhold reward from any deserving creature. In other words, as reward for not barking at the Jews when they left Egypt, the dogs are to be given the treife meat that could not be consumed by Jews.

The question that can be asked is as follows: In last week’s parsha, Chazal say that the frogs jumped everywhere—even into the Egyptian’s ovens. In this way, they sanctified the Name of G-d. Now, who is more deserving of reward, a frog for jumping into a fiery oven or a dog for not barking? Logically, we would say the frogs sacrificed their lives and were more deserving of reward than the dogs. Yet, the Torah does not say that we should give our dried worms (or anything else) to the frogs as a reward for their meritorious service in Mitzrayim.

A second observation can be made: In Perek Shirah, all the animals of the animal world sing praises to the Almighty. Chazal say that the song offered by the dogs is: “Come let us prostrate ourselves and bow, let us kneel before Hashem our Maker.” (Tehillim 95:6). The Medrash notes that Rav Yeshaya the disciple of Rav Chanina ben Dosa fasted 85 separate days. He could not understand how dogs merited to sing praises (Shirah) to the Almighty. The pasuk refers to dogs as brazen souls (Azzai Nefesh) (Yeshaya 56:11). Every creature has its identifying characteristic. Dogs personify the attribute of chutzpah! So, Rav Yeshaya could not understand how dogs could say Shirah. He fasted 85 times to be given Divine insight as to how this strange idea could be understood.

The Medrash says that an Angel came to Rav Yeshaya and told him that he was sent from Heaven to inform him that the dogs merited singing Shirah to the Almighty by virtue of their meritorious behavior at the time of the Exodus, about which it is written “No dog whet its tongue” (Shemos 11:7). Not only did they merit singing Shirah, but dogs also merit that their excrement is used to tan the hide of animals in preparation for making the parchment used to write Sifrei Torah, Tefillin, and Mezuzos. I saw in the contemporary sefer Darash Mordechai that the author asked modern day Torah Scribes whether this was still the case, and they confirmed the fact that indeed the essence of the chemicals used to prepare animal hides to make parchment for writing Kisvei haKodesh is still derived from dog excrement.

So, the question is now strengthened three-fold. The dogs merited having non-kosher meat thrown to them, they merited saying Shirah, and they merit that their excrement is used for preparing holy parchment – all for what reason? It is because they did not bark at the departing Jews. Again, when we contrast that with the “heroism” of the frogs during the second plague, it seems like a very minimal sacrifice on the part of dogs that they refrained from “whetting their tongues.”

The explanation is that nothing is more precious to the Ribono shel Olam than a person or animal or creature breaking its nature. That is what Divine Service is all about. A person overcoming his natural instincts and his innate personality traits is more beloved and dearer to the Almighty than anything else.

Dogs bark! The Gemara says in Brochos that when dogs sense the Malach HaMaves (the Angel of Death) they certainly bark. It is an amazing accomplishment in the Eyes of Hashem for the dogs in Egypt to conquer their inclinations and not give in to their natural tendencies. The frogs, on the other hand, may not have even realized that they were jumping into ovens, and even if they did deserve any reward, perhaps not dying in the ovens and living to tell the tale was their reward.

Of course, whenever we hear a teaching of Chazal like this, these are all metaphors. Chazal are trying to teach us something. The message is that we all have natural inclinations. Some of us are inclined to get angrier easier than others, some people have a tendency to be cheap and stingy, while other people have a tendency to spend money loosely. People have various tendencies. Even siblings, and even twins,—who we might think have everything in common in terms of genes and background—have significant differences in their personalities. There are varying techunos haNefesh (qualities of the soul).

Man’s challenge in serving the Ribono shel Olam is to be able to control and channel his techunos haNefesh as needed to adhere to the Will of the Almighty. That was what was so great about the dogs in Egypt.

When I recently spoke in Chicago, I alluded to such an idea. Rav Ben Zion Twerski, son of Rav Michel Twerski, told me that the Baal HaTanya in the Torah Ohr mentions a similar concept as an interpretation of a particular Gemara. He subsequently e-mailed to me the source where the Torah Ohr mentioned this idea, as well as a location where the Tanya himself mentions the same idea.

This is exactly what happened. The Gemara continues with the famous story of how the Romans burnt Rav Chanina ben Taradyon, wrapping him in balls of wool inside a Sefer Torah to increase his pain and prolong his anguish.

However, prior to describing the tragic end of Rav Chanina ben Taradyon, the Gemara continues the story of the dialog between him and the ailing Rav Yosi ben Kisma. Rav Chanina ben Taradyon asked Rav Yosi ben Kisma: “Tell me, what will be my fate regarding the World to Come?” Rav Yosi ben Kisma then asked him, “Have you ever done anything worthwhile in your life (Klum ma’aseh bah l’yadcha)?” Rav Chanina responded that in fact there was an incident he could be proud of: “I once had money I collected on Purim for distribution to the poor. However, I put that money in my wrong pocket and it got mixed up with my own personal money. I therefore gave away all the money—the money that was designated for the poor and my personal funds—to those in need.” Rav Yosi ben Kisma was very impressed with this noble action and said “If that is the case then certainly you are destined to enter the World to Come. Not only that, but may it be G-d’s Will that my portion in Gan Eden be equivalent to your portion there.”

Everyone comments on this most perplexing Gemara. Rav Chanina ben Taradyon is becoming a martyr for teaching Torah in public. He wonders whether he is deserving entrance into the World to Come? To compound the question, the incident he mentions, which Rav Yosi ben Kisma says is his ticket to Gan Eden, appears to pale in comparison to that martyrdom! What does this Gemara mean?

Rav Shneur Zalman of Lyadi, the Baal haTanya, answers with an amazing interpretation in his sefer Torah Ohr: There are certain people who love the intellectual pleasure of learning Torah. The mere intellectual challenge that Torah analysis presents is appealing to such people. The Baal haTanya cites as proof the gentile philosophers of earlier times – they had every single pleasure of the world open to them with no restrictions placed upon them by Fear of Heaven or Divine mandates – and yet they gave up all the pleasures of life to immerse themselves in the intellectual challenges of whatever secular discipline interested them. To such “absent minded professors” – subjects such as Chemistry or Physics can be their whole life! This is because for them, the biggest pleasure in life isn’t eating or drinking or other physical indulgences. Their biggest pleasure is gaining knowledge and wisdom. They are willing to give up on everything else to achieve wisdom.

Rav Chanina ben Taradyon said “Yes, I am teaching Torah publicly. But maybe I am not really doing it ‘for the Sake of Heaven’. Maybe I am doing it because I enjoy it, because this is my life. There is no greater pleasure to me than publicly teaching Torah.” If that would be the case, for such effort and even martyrdom, perhaps he would not receive Olam HaBah. He does it because he is addicted to Torah. Some people are addicted to alcohol or drugs or other addictive pleasures. Rav Chanina ben Taradyon realized that he was addicted to Torah. He feared that for such a personally pleasurable activity, he may not deserve Olam HaBah.

It was for that reason that Rav Yosi ben Kisma had to probe for another source of merit that Rav Chanina might have. His question was “Did you ever do something that went against your nature?” To that Rav Chanina responded affirmatively. “Yes, there was something I once did that went against my natural inclination.” The Baal HaTanya comments that people who have an affinity for intellectual pursuits tend to be cheap by nature, they don’t like to part with their money. (I have no idea why that should be the case.)

Rav Yosi ben Kisma opined that when Rav Chanina was able to cite the incident of the time he went against his inclination and voluntarily gave away his personal funds which were accidentally mixed in with Tzedaka funds, it was a sure sign that his Service to the Almighty was strictly for the Sake of Heaven and deserving of entry into the World to Come.

The Baal HaTanya explains in the same fashion the famous Talmudic dictum that one cannot compare someone who reviews his learning 100 times to someone who reviews it 101 times. The latter is called an “Oved HaShem” (a servant of Hashem). The Baal HaTanya explains that everyone learns something one hundred times. That was standard operating procedure. That is how they learned. However, someone who goes beyond the normal, beyond what is expected – that is an Oved Hashem.

This is the idea by the dogs. A dog not barking is going against its nature. A person doing the right thing against his or her nature is the highest level of Divine Service. As a result, they deserved to sing Shirah, they were rewarded with the non-kosher meat, and their by-product is used in the production of Torah, Tefillin, and Mezuzos.